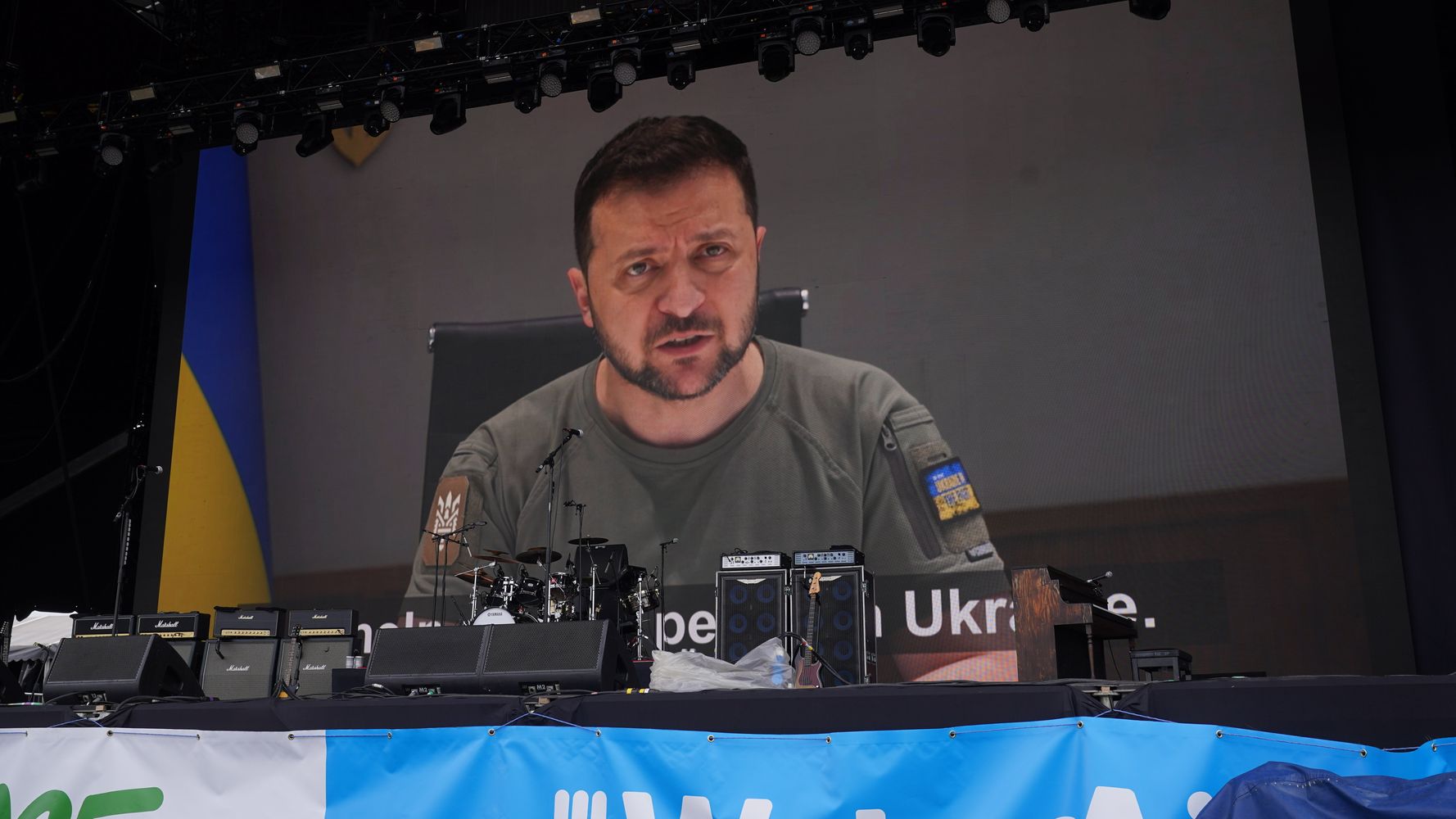 Volodymyr Zelensky described Glastonbury as the “greatest concentration of freedom” when he addressed the festival urging the world to “spread the truth” about Russia’s invasion of Ukraine.

The Ukrainian president spoke via a video message shown ahead of The Libertines’ opening set on the Other Stage’s big screens on Friday.

“The festival resumes this year after a two-year break, the pandemic has suspended the lives of millions of people around the world but has not broken it,” Zelensky told the crowd of thousands.

“We in Ukraine would also like to live life as we used to and enjoy the freedom and this wonderful summer, but we can’t do that because the worst thing happened – Russia stole our peace.

“That’s why I turn to you to support Glastonbury’s greatest concentration of freedom today and ask that you share that sentiment with everyone whose freedom is under attack.”

Zelensky said Ukraine “will not let Russia’s war destroy us” and that he wants the war to stop before it “ruins people’s lives in other countries in Europe, Africa, Asia, Latin America”.

“Spread the truth about Russia’s war, help Ukrainians who are forced to flee their homes because of the war,” he said.

“Time is priceless and each day is measured in human lives. The more people who join us in defending freedom and truth, the sooner Russia’s war against Ukraine will end. Prove that freedom always wins!”

He ended his message by saying “Slava Ukraini”, which translates to “glory to Ukraine” in English, which was greeted with loud, rolling cheers and cheers among those gathered on stage at Worthy Farm, Somerset.

At the same time, Ziggy Marley opened the Pyramid Stage with a set in honor of his father, the late reggae pioneer Bob Marley.

The 53-year-old singer and guitarist played several of his father’s hits, including I Shot The Sheriff, Jamming and Is This Love, before closing with One Love.

Performing in a backdrop of photos of his father, who died in May 1981 at age 36 of skin cancer, Ziggy told the crowd: “It’s good to be here. Today, my friends, I am here in the name of my father.”

This comes before Billie Eilish makes history when she takes to the Pyramid Stage on Friday night as Glastonbury Festival’s youngest solo headliner.

The 20-year-old Grammy-winning singer will perform alongside her brother and co-writer Finneas O’Connell.

The American pop star made her Glastonbury debut in 2019 when she performed on the Other Stage and treated the audience to a string of tracks like Bad Guy and You Should See Me In A Crown.

The weather should be dry during his performance, despite the great chance of rain throughout the afternoon.

The day Eilish makes the headlines at Glastonbury, Sir Paul McCartney will be warming up for his Saturday headline spot, performing at a Somerset music venue.

Other acts performing on Friday include the Sugababes on the Avalon Stage, and Foals and St Vincent on the Other Stage, which also features Friday performances by Kae Tempest and The Libertines.

The Eurovision-winning Kalush Orchestra will also mark their first UK performance since their win, with a performance on the Shangri-La Truth Stage on Friday night.