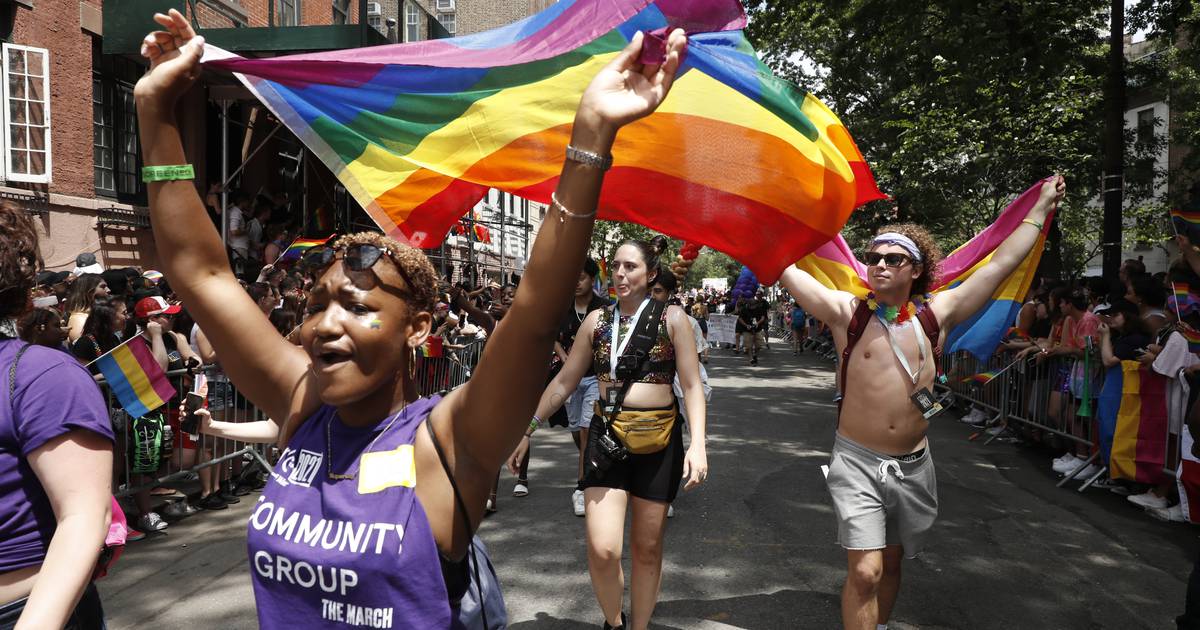 The LGBTQ community is finally stepping out of the shadows of COVID.

While the pandemic is far from over, a combination of vaccines, booster shots and CDC-approved antiviral drugs point to a Pride month where your biggest fear is what you’re missing.

So don’t be afraid. Here’s a little guide to get you started.

Ladyland is a Coachella-style outdoor queer music festival produced by New York club powerhouse Ladyfag — or the “reigning queen of nightlife,” according to Vogue. This colorful celebration of unity and diversity is seen by many as a kick-off to New York’s Pride weekend festivities. This year’s impressive roster of talent, headlined by superstar DJ Honey Dijon, includes Tinashe, Sevdaliza and “RuPaul’s Drag Race” royalty Vanessa Vanjie. Prices start at $53.51, doors open at 8pm, 140 Stewart Avenue, Brooklyn

Movies Under the Stars: “Pride” in New York

Turn on the popcorn machine, grab some rainbow cookies and head to Greenwich Village for a special screening of the award-winning 2014 film “Pride”. Based on a true story, this wellness gem features a group of LGBTQ activists raising money to help families affected by the 1984 UK miners’ strike. Free, the movie starts at dusk, James J Walker Park on Hudson St., Manhattan.

The ever-fabulous drag queens from the Milwaukee, Wisconsin branch of Drag Queen Story Hour are taking their charisma, uniqueness, grit and talent to the pool. According to organizers, the event will feature “local mermaids” reading stories to children and their families. The first 50 children receive a free pool pass so they can jump in the water after reading. free, 2 pm 1301 W. Hampton Avenue.

This free annual event in North Texas provides a safe space for LGBTQ youth and their families to meet new friends, participate in fun activities, win cool bags and just be who they are. Burgers and hot dogs will be provided free of charge to all participants. Individual sponsors and volunteers required. Free, registration required, from 10 am to 2 pm 2401 University Drive, Fort Worth

Organizers of this year’s festivities expect more than 60,000 LGBTQ Pride enthusiasts from the city and beyond to celebrate LGBTQ life, culture and community. The traditional street festival will feature performances by artists on three stages, drag shows, DJs, giveaways, more than 150 craft, food and beverage vendors and even a pet parade. Artists include “RuPaul’s Drag Race All Stars” winner Alaska Thunderf-k, “Pose” star Dyllón Burnside and Chicago-born rapper CupcakKe. Suggested donation $15. Saturday and Sunday, rain or shine, 11 am to 10 pm Northalsted at Halsted St. from Addison to Grace St., Chicago, Illinois.

New York City’s most colorful riders are becoming hybrids for this year’s annual Pride Ride. OutCycling Pride Ride 2022 participants will have multiple options to show their pride in person – from a 30-mile ride to an intimidating century (100 miles) – as well as riding their own routes from anywhere in the world. A portion of the proceeds will go to OutCycling’s Fearless Flyers, a program designed to teach cycling and leadership skills to LGBTQ youth. Visit outcycling.org for information.

For one of its first in-person LGBT Pride events since 2019, The Center is hosting a festival to celebrate Juneteenth, focusing on black LGBTQ artists, storytellers, businesses and suppliers. The doors are open to everyone for an afternoon of musical performances, games, storytelling, art workshops, community discussions and much more. Free from 5pm to 5pm 208 W. 13th St., Manhattan

“Singing! A Broadway Musical Revue” at the Rose Theater at Jazz at Lincoln Center, New York

Pride gets the Broadway treatment, via Texas. The Austin Artists Project, a non-profit organization that focuses on advancing racial, gender, and sexuality equality in the arts, is bringing “Sing Out!” to Lincoln Center to shed light on underrepresented voices in the LGBTQ community. The show will feature Broadway classics, old and new, performed by artists who have won or nominated for Grammys, Tonys and GLAAD Awards, all identified as LGBTQ. Young trans activist Kai Shapley, who has been a powerful voice for trans rights since he was 6 years old, is set to open the show. Tickets start at $25 at 8pm at the Rose Theatre. 10 Columbus Circle, Manhattan

Collingswood Public Library and the Borough of Collingswood, a community that prides itself on its diversity, are joining forces to celebrate the LGBTQ community with an evening of music, fun and creativity for residents of all ages. The event will feature Pride’s flag painting, a craft table, teen poetry open mic, a Drag Queen Story Hour led by Brittany Lynn of Drag Queen Mafia, as well as Pride’s picnic blanket decorating contest. Participants will be able to connect with local advocacy groups including PFLAG and Children’s Hospital of Philadelphia. Free, from 5pm to 8pm Lawn at the Scottish Rite in 315 White Horse Pike, Collingswood

This year, the Garden Party will feature lots of fun and entertainment from 6pm to 9pm at Pier 84.

Take a look at what to expect that night and get ready to gather and celebrate like never before.

The National Queer Theatre, the official theater partner of NYC Pride, is back for its fourth annual event. The Criminal Queerness Festival celebrates love, resistance and resilience through art, bringing to the New York stage works by queer artists who are at risk of censorship, imprisonment and violence simply for sharing their truth. This year, the three-night festival will highlight the work of three East African writers and begin with a staged reading of “Courage Rebirth,” the story of a 21-year-old gay Somali woman displaced by political unrest, written by LGBTQ rights advocate. Steven mule. Free, 7:30 pm 61 W. 62nd St., Manhattan.

A Tribute to Paradise Garage and Larry Levan with Victor Rosado at Lincoln Center, New York

The dance floor has always been a safe space for members of the LGBTQ community – from Saint, to Palladium, Danceteria and Roxy. This Pride, Lincoln Center is paying tribute to one of the masterminds behind Paradise Garage, a SoHo nightclub that closed in 1987. The music of the late Larry Levan, the club’s longtime DJ, will be remembered by his devotee, DJ Victor Rosado, in a loving tribute to his legacy. free, 4pm, 10 Lincoln Center Plaza, Manhattan.

The New York City Anti-Violence Project, the nation’s largest anti-LGBTQ violence organization, was formed in 1980 by community activists in Chelsea in response to a series of brutal attacks against gay men. Today, more than 40 years later, cases of violence against members of the LGBTQ community, especially trans women of color, are still on the rise, making the organization’s work more important than ever. Fusion, Pride’s first in-person event since 2019, will feature dancing, drinking and socializing – plus donations to a good cause. $50, 6pm to 9pm 113 Jane St., Manhattan.

Writing and Living Through AIDS at the New York Public Library, New York

Over the past four decades, GMHC, the world’s first HIV/AIDS organization, has worked with fierce determination, passionate activism and generation-defining action to end the epidemic that has killed more than 36 million people worldwide. To mark the organization’s 40th anniversary, author and critic Bill Goldstein will moderate a panel of writers from multiple generations – including Torrey Peters, author of last year’s groundbreaking and hugely successful novel “Detransition, Baby” and Garth Greenwell, the award-winning author of “What Belongs to You” – to reflect on their continuing legacy in their lives and work. The event will also be broadcast live. 6:30 pm to 7:30 pm Free, registration required. 42nd St. on Fifth Ave., third floor, Manhattan.

Come back next week for week 5.