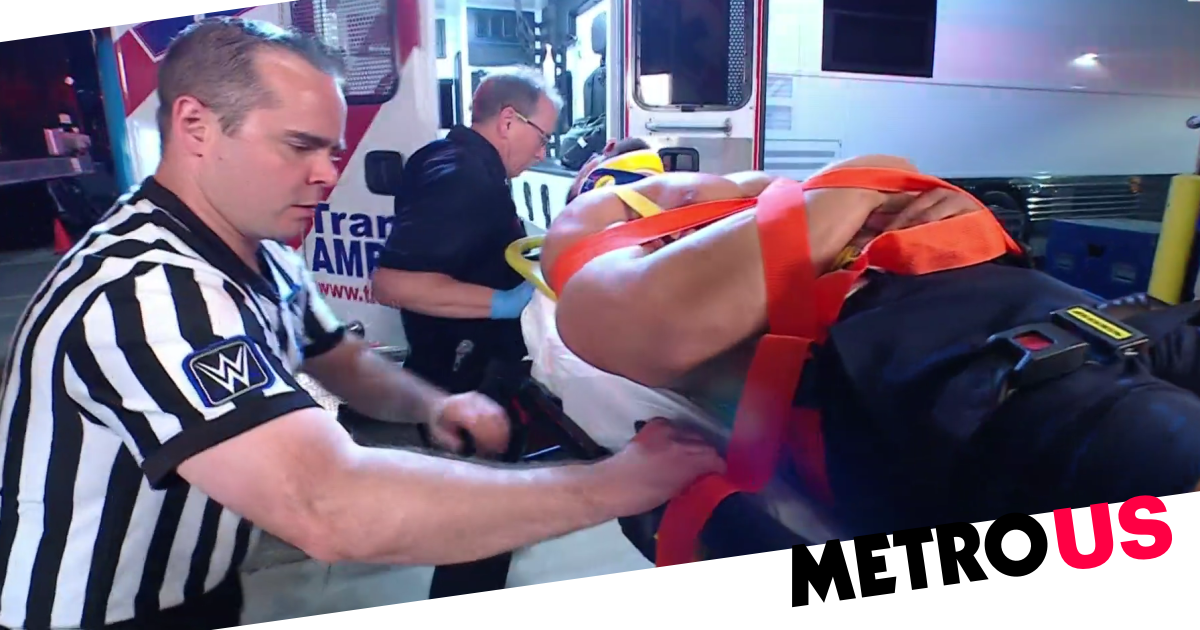 WWE superstar Madcap Moss was removed from the arena and placed in an ambulance after a brutal attack on SmackDown.

The rising star – who defeated Happy Corbin in a spiteful match at WrestleMania Backlash – was chatting with Kayla Braxton in the ring as they reflected on their big win and future goals, but things took a turn for the worse.

Corbin attacked his former friend from behind, unleashing a brutal beating with a steel chair before wrapping it around his rival’s neck.

The former King of the Ring then hoisted Madcap’s Andre the Giant trophy and threw him into the chair, causing more injuries and leaving his foe lying in pain.

After the break, Moss was shown wearing a neck brace on a stretcher as he was taken backstage to a waiting ambulance.

Corbin was there to greet him, joking that he was being taken to ‘Mosspital’ while howling with laughter.

In a storyline update on social media, WWE said that Moss was being taken to a local medical facility due to his injuries.

That was exactly what this feud needed to take it to another level, and get Moss and Corbin out of the mood to some extent.

Madcap could be a major player for the company and Corbin is far more talented than some fans give him credit for, and this latest development bodes well for his story.

Drew McIntyre praised Corbin in the build-up to his match at WrestleMania 38 last month, and insisted that ‘anyone who says he’s not talented in the ring is lying to himself’.

In fact, we have a genuinely hated thug that everyone really doesn’t like.’ If people online are saying, “This guy is such a good and bad guy, he really amuses me,” that’s not a good bad guy,’ he says. exclusively told Metro.co.uk.

‘A real bad guy is someone you literally despise and want to see get kicked in the ass! It’s what we have now.

WWE SmackDown airs Friday nights at 1am on BT Sport 1.