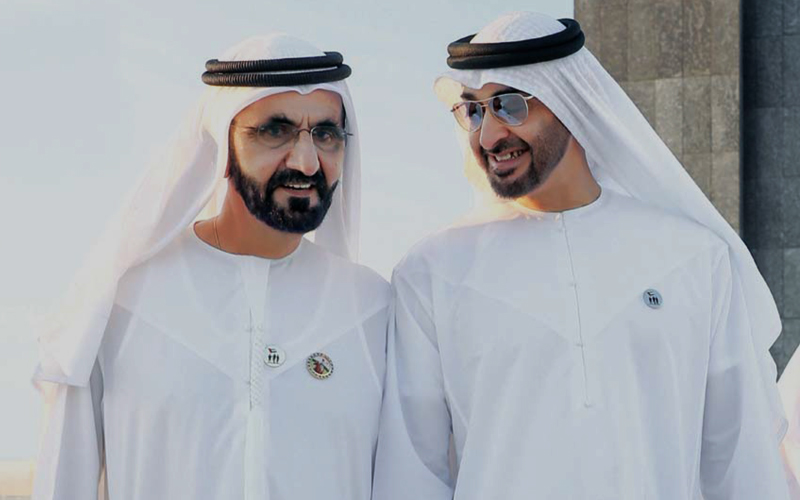 On this memorable day in the history of our state, and after the UAE bid farewell to its loving father and second leader, Sheikh Khalifa bin Zayed Al Nahyan, may his soul rest in peace, the Supreme Council of the Union in the capital, Abu Dhabi, elected His Highness Sheikh Mohamed bin Zayed Al Nahyan “may God protect him” as President of the State of the United Arab Emirates.

The UAE today begins a new stage in its history with this leader whose people have known him for many years.. he knew him as a leader in the fields of heroism and masculinity.. and knew him as a protector from union fever. . and a builder of his fortified fortress “our armed forces” and peoples, and recognized him as a global leader who has built firm and strong strategic relationships for his country with the East and West of the world.

His Highness Sheikh Mohammed bin Zayed Al Nahyan is the shadow of Zayed.. He is the extension of Zayed.. He is the protector of the values, principles and pillars that Zayed instilled when he established this country with his brothers, the rulers of the Emirates, and his assumption of responsibility for the presidency of the country today, represents a new historic era.. and a new birth For the federal state, we look forward to a great march towards glory and a great acceleration of development to consolidate the global sovereignty and leadership of the UAE .

For many years, the Emirati people loved His Highness Sheikh Mohammed bin Zayed Al Nahyan, they loved him for his generosity and they loved him for his kindness and his kindness to his people. They saw him heal their sick, alleviate their distress, support their children, comfort their martyrs, and think and plan for the future of their generations. They saw him visiting them in their homes, they saw him motivating them in their labor camps, they saw him welcoming them to his full council, they witnessed and witnessed the launch of development projects, the development of new industries, the building economic sectors, and launching leading international companies through many years of service to their country and people.

Today, people swear allegiance to him. , and in which the world rejoices in a state that represents a future global model that carries goodness and brotherhood for all humanity.

We renew our blessing to His Highness.. and we renew the blessing and oath of allegiance to him by the people of the Emirates.. and we ask God to protect him, take care of him and pay him.. and we tell him the secret of us to new heights.