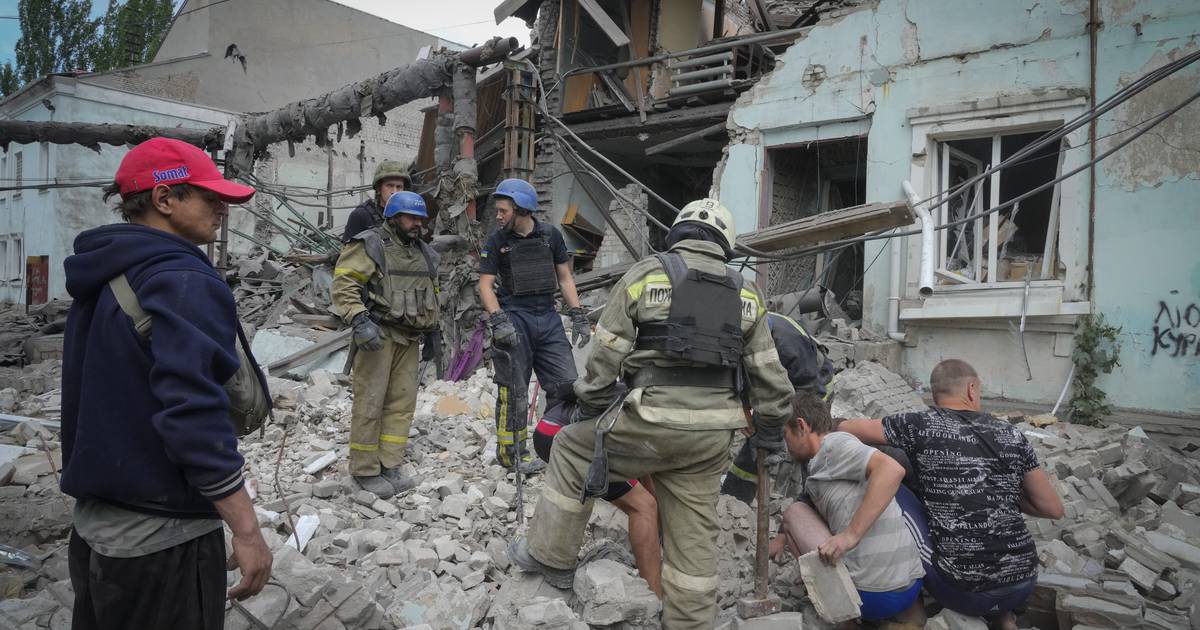 The pledge to join a union created to safeguard peace on the continent has deep symbolism for the nation at war. But it’s just the first step in a process that could take decades.

And it has not silenced the guns and artillery that continue to kill civilians and flatten cities, as well as drive millions from their homes since Russia launched its invasion of its neighbor on Feb. 24.

Russia has pressed its attacks on cities in Ukraine’s eastern Donbass region, leaving desperate residents struggling to understand what the next few years hold for them.

“We are old, we have nowhere to go. Where will I go?” asked Vira Miedientseva, one of the elderly residents dealing with the aftermath of an attack on Thursday in Lysychansk, which is across the river from Sievierodonsk, a major focus of battles in recent weeks that the Russians nearly captured.

The European Commission’s recommendation is the first step on the long road to accession and comes a day after four EU leaders pledged to support Kyiv’s candidacy. The recommendation will be discussed by leaders of the 27-nation bloc during a summit next week in Brussels. The launch of accession negotiations requires the unanimous approval of all member countries.

The war has increased pressure on EU governments to accelerate Ukraine’s candidate status. But the process is expected to take years, and EU members remain divided over how quickly and whether to open their arms to new members.