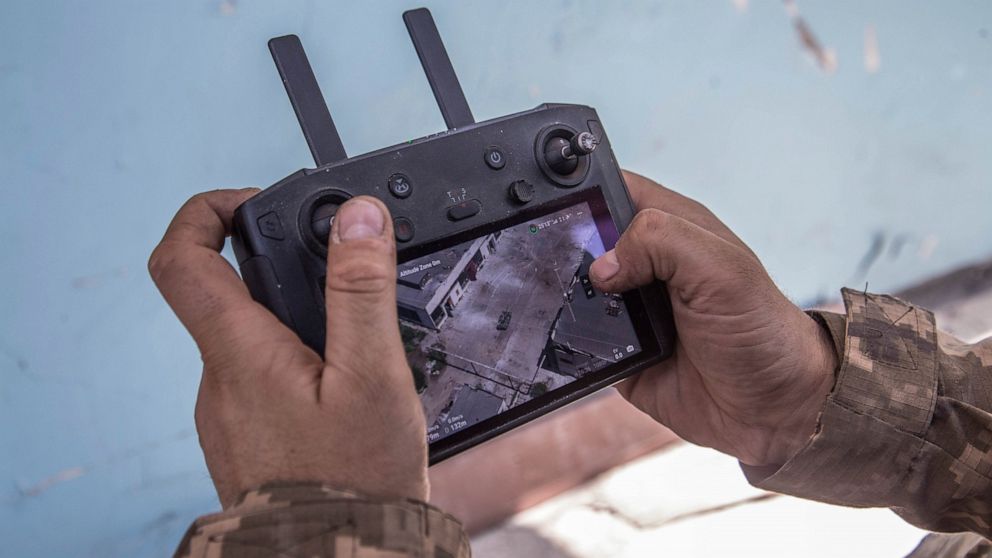 BAKHMUT, Ukraine – Ukraine and the West have denounced a pro-Moscow court that sentenced two British citizens and a Moroccan to death for fighting for Ukraine, calling the process a farce and a violation of the rules of war.

Meanwhile, as Kremlin forces continued a war of attrition in the east, Russian President Vladimir Putin on Thursday appeared to compare his actions to those of Peter the Great in the 18th century and said the country needs to “take back” Russian land. historical. .

The court of Ukraine’s self-proclaimed People’s Republic of Donetsk found the three fighters guilty of seeking the violent overthrow of power, a crime punishable by death in the unrecognized eastern republic. The men were also convicted of mercenary activities and terrorism.

Ukrainian Foreign Ministry spokesman Oleh Nikolenko condemned the process as legally invalid, saying: “Such show trials put the interests of propaganda above law and morality.” He said that all foreign nationals fighting as part of Ukraine’s armed forces must be considered Ukrainian military and protected as such.

Putin drew parallels between Peter the Great’s founding of St. Petersburg and the ambitions of modern Russia.

“It’s impossible – do you understand? — impossible to build a fence around a country like Russia. And we do not intend to build this fence,” said the Russian leader.

“Hitting television centres, destroying communication channels, leaving people isolated – this is the occupiers’ tactic that they cannot do without, as openness and honesty are also weapons against everything the Russian state does,” he said on Thursday. fair in his evening speech. .

— Fierce fighting has raged in the city of Sievierodonetsk in a battle that could help determine the fate of Donbas, Ukraine’s industrial heartland in the east. Moscow-backed separatists already held swathes of the Donbas before the invasion, and Russian troops gained more.

— Residents of Kharkiv reported what appeared to be cruise missile attacks on the northeastern city. One hit a supermarket. Another hit a coke factory. No details were available.

— Russian troops are trying to resume their offensive to completely capture the Zaporizhzhia region in southeastern Ukraine, Ukrainian officials said. Kyiv continues to control the northern part of the region, including the city of Zaporizhzhia.

– Thirteen civilians were killed in the Ukrainian bombing of Stakhanov’s separatist-controlled town in Donbas, a pro-Russian separatist envoy said on social media. It was not possible to immediately verify the claim.

— Russia claimed that it used missiles to attack a base west of the capital in the Zhytomyr region, where, according to the agency, mercenaries were being trained. There was no response from the Ukrainian authorities.

Follow AP’s coverage of the war in Ukraine at https://apnews.com/hub/russia-ukraine