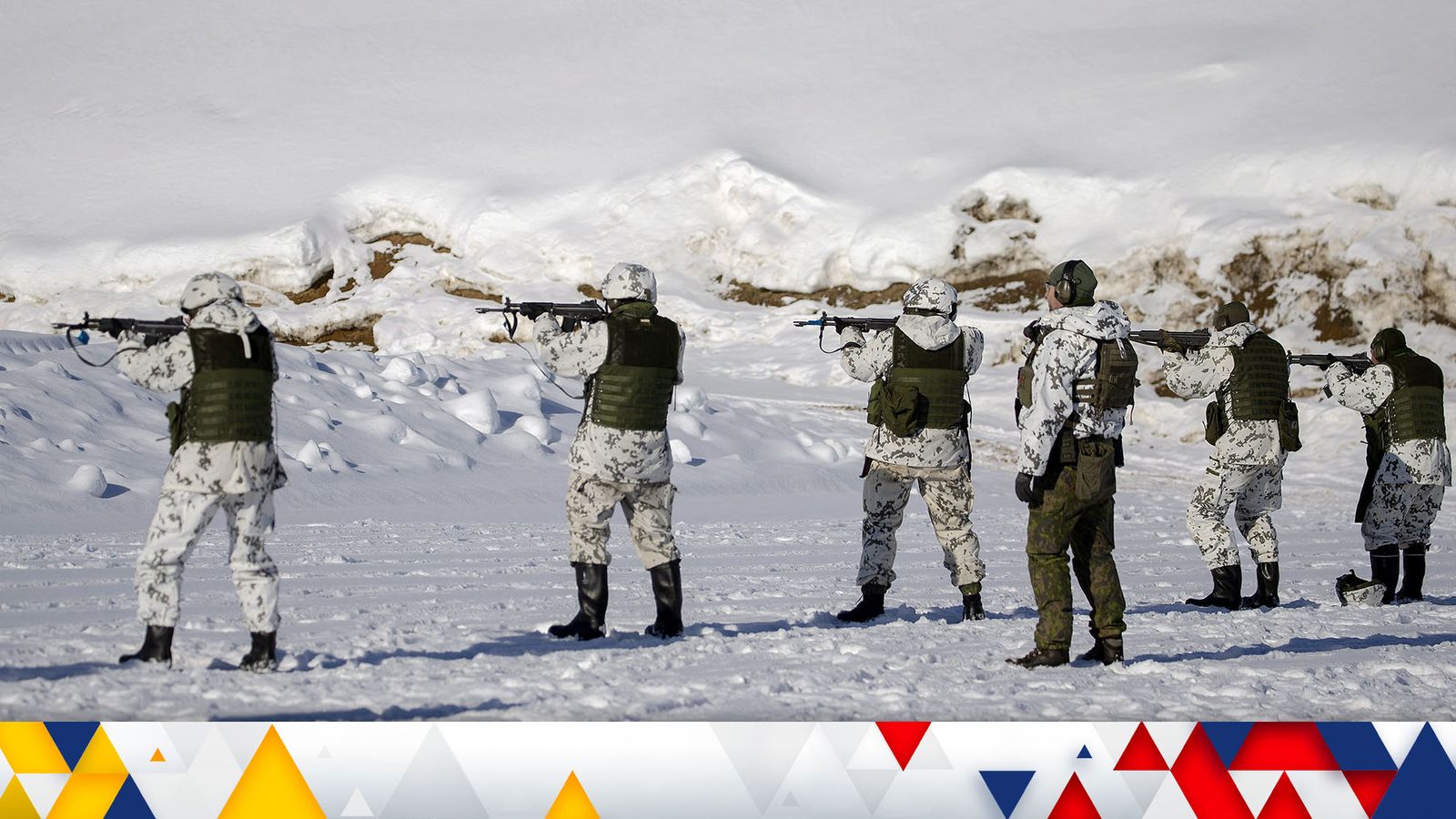 Russia will have to beef up its border defenses if Finland joins NATO, its EU ambassador has warned.

Speaking to Sky News’ Beth Rigby, Vladimir Chizhov said it “would need certain military technical measures, such as improving or increasing the degree of defense preparations along the Finnish border”.

Finland’s leaders have previously said they must apply to join the military alliance “without delay” to “strengthen” their security.

The country shares a vast border of over 800 miles (1,287 km) with its much larger neighbor – who invaded it at the start of World War II.

Chizhov’s warning echoes previous Kremlin comments that Finland would join NATO would be “definitely” a threat to Russia and trigger “retaliation measures”.

The ambassador said he was “deeply disappointed and saddened” by Finland and Sweden’s NATO ambitions.

Russia has long sought to prevent NATO from expanding near its borders and wants Ukraine to become neutral.

Finland’s president and prime minister made a joint statement on their membership ambitions on Thursday, signaling the end of their own policy of neutrality.

They said they expected a decision on the application to be “made quickly in the next few days”.

“Finland must apply for NATO membership without delay.” 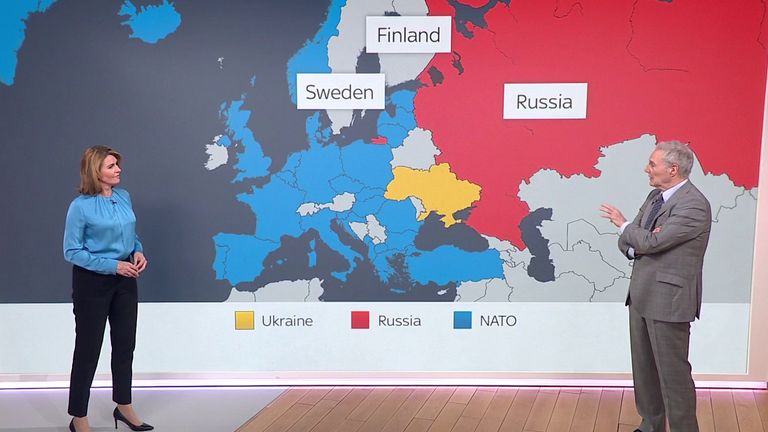 ‘Russia could have crushed Ukraine’

NATO chief Jens Stoltenberg said Finland would be welcome and that accession would be “smooth and quick”.

Neighboring Sweden is expected to decide on NATO membership in the coming days.

Russia’s ambassador to the EU also insisted that the war in Ukraine – or its “special military operation”, as he calls it – “was proceeding according to schedule” but “did not go as quickly as some people would have liked”.

Efforts to capture Kiev have failed and the country is now focused on taking the eastern region of Donbass.

However, analysts – including the Pentagon – say it is still making slow progress with things almost at an impasse, while Ukraine claims to have regained some territory.

“If the Russian army had followed the pattern of the US and other Western countries, we would have crushed Ukraine several times already,” Chizhov told Sky News.

He claimed that Russia never intended to capture Ukrainian territory, but only wanted to provide “security” for the self-proclaimed breakaway republics and demilitarize the country.

The ambassador told Sky News that he was “sure” there would be a negotiated solution to the war.

“When that will happen, I won’t try to speculate,” he said.

“When this final solution will look like – in detail – no one knows. But in principle it will mean that Ukraine will be a neutral, non-aligned state with no foreign military presence on its territory.

“Ukraine will have recognized the Donbas republics and, of course, the reunification of Crimea with the Russian Federation.”

Ukraine’s President Zelenskyy said he was willing to discuss neutrality but would not accept a deal that would cede territory or allow Russian troops to remain in his country.