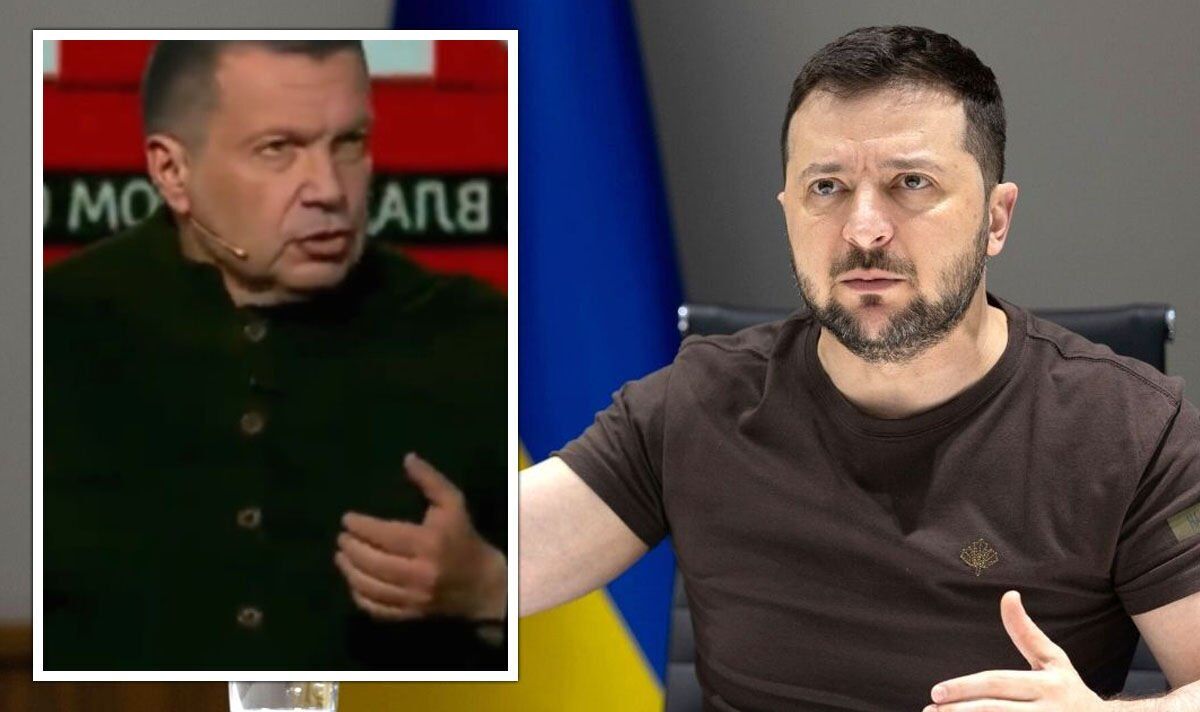 Vladimir Solodyov, a TV presenter for Russian state media, has made several accusations of Nazism against the West and Ukrainian President Volodymyr Zelensky. Solodyov questioned Zelensky’s Jewish heritage, accusing him of not being able to “recite Shema Yisrael”, a Jewish prayer at the center of daily services. He then equated modern “Russophobia” with a “new type of Nazism”.

Solodyov said: “Who said Russophobia is not a type of Nazism? Who says that even though Zelensky is a Jew, who probably doesn’t even know how to recite Shema Yisrael, Zelensky, with his Russophobia, has absolved himself?

“Can’t a Jew also be Russophobic, demanding various punishments for the Russian people just for being Russian and their Russian culture?

“Why would it be? Is this an indulgence? This is normal? Does the civilized world think this is acceptable?

“Phenomenal Russophobia, prevalent in the world today, isn’t this the new kind of Nazism?”

Russian state media, under full Kremlin control, are now endlessly broadcasting propaganda panels to convince the Russian public that the war in Ukraine is caused by Western provocation.

On Thursday, Russian TV personality Olga Skabeyeva, half of the married duo who host Russia’s most popular show, accused US President Joe Biden of trying to lift a new “Iron Curtain” reminiscent of the war. Cold.

Speaking on 60 Minutes, a political talk show, Skabeyeva said of Finland’s decision to join NATO that it was to benefit “America and Biden”.

She said: “What will the Finns and Swedes gain from this decision? This is probably a rhetorical question because the main beneficiary here is America and Biden and the main objective is a new Iron Curtain from the Barents Sea to the Black Sea.”

Moscow Echo and TV Rain, two of the remaining media outlets critical of the Putin regime, were shut down.

They were accused by Russian authorities of spreading disinformation about the conflict in Ukraine and quickly taken off the air.

And the last national independent newspaper, Novoaya Gazeta, was forced to suspend operations on March 28 — at least during the war, they said.