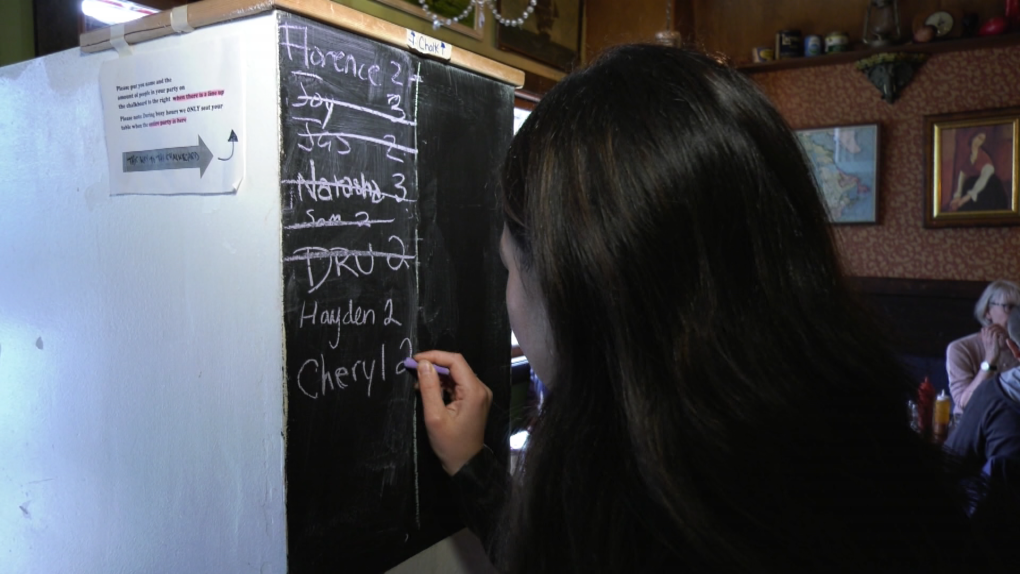 Sunday marked Slickity Jim’s final day serving breakfast and lunch to its loyal following of customers, many of lined up for one last time whom outside of the East Vancouver diner.

“I’ve been coming to Slickity Jim’s for about ten years,” said Nikolai Wischl, a regular who happily waited nearly thirty minutes for a table.

The cozy, unpretentious Main Street staple is known for its intimate atmosphere, and eclectic décor.

“It’s really the end of an era,” said Stacey Panlilio, another long-time customer who traveled from Richmond for one final brunch. “It’s not just another restaurant closing down, there’s nothing like it.”

Owner Michael Zalman told CTV News Vancouver he’s ready to start a new a chapter and is leaving the food business at least for the foreseeable future.

“I’m tired,” said Zalman, with a smile on his face. “I’ve been doing it for 25 years. I think at a certain point you have to change and grow in life.”

But the desire to try something different wasn’t the main motivation for shutting down. Zalman says rising cost of rent, food and insurance all played a part in making his way of doing business unsustainable.

“I really wanted to run this restaurant on a certain ideology of being a place that people could afford to come, and it just seems like that is less and less possible,” said Zalman.

Slickity Jim’s faced many hurdles through the years including two fires, a relocation and a global pandemic. Zalman credits the longevity of his restaurant to his dedicated customers.

“It’s I think everything that you could hope for in having a restaurant,” he said. “I really, firmly believe there’s a nobility in feeding people.”

““I think its legacy is its food and its aesthetic, and I think the balance that it brought to the community,” said Witschl.

Zalman told CTV News there are plans for a Peruvian fine-dining restaurant to take over the lease.