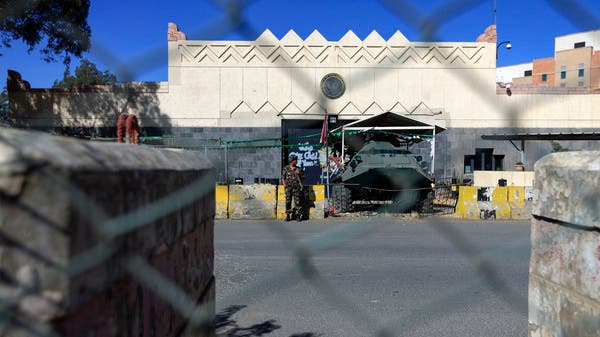 The United States on Thursday urged Yemen’s Houthi militia, backed by Iran, to release all local US embassy staff they detained, following the death of one of them after seven months in captivity.

The Houthis took over the US embassy headquarters in the Yemeni capital of Sanaa last October. They detained dozens of former employees, many of whom were later released, but at least 11 remained in Houthis custody.

Yemen, the poorest nation in the Arab world, has been fractured by a brutal civil war since 2014, when the Houthis took Sanaa and much of northern Yemen, forcing the internationally recognized government into exile.

In a tweet, the embassy, ​​now operating out of Yemen, said it mourned Abdulhameed al-Ajami, a retired US Agency for International Development official, describing him as “an innocent grandfather” and “a proud Yemeni.” dedicated to education. children in your country.

“We extend our condolences to their loved ones and ask the Houthis to end this injustice and release all current and former US Embassy staff now,” the statement said.

On Wednesday, the US State Department released a statement confirming al-Ajami’s death, but did not mention details about the time or circumstances of his death.

“The United States has been relentless in its diplomatic efforts to secure the release of our Yemeni team in Sana’a. We demand the release of detained Houthis, current and former US officials,” said spokesman Ned Price.

The Houthis never charged al-Ajami or any of the other captives or brought them to trial.

The former USAID employee already suffered from moderate kidney failure at the time of his arrest and his condition has worsened in recent weeks, but he has not had access to medication or medical care, according to an international aid worker. The aid worker spoke on condition of anonymity because he was not authorized to discuss the detentions with the media.