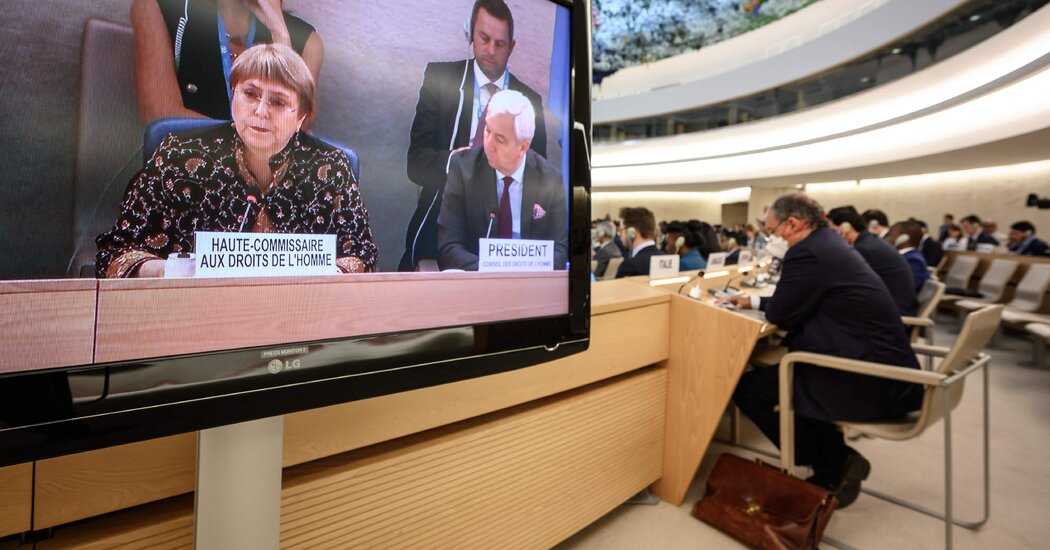 GENEVA – The top human rights official at the United Nations (UN) announced on Monday that he will step down when his term expires at the end of August, less than a month after a visit to China that drew strong criticism from groups of human rights.

Michelle Bachelet, the UN High Commissioner for Human Rights, revealed her decision at the end of a statement opening a session of the Human Rights Council in Geneva, which she said was her last.

Bachelet, the former president of Chile who took office at the United Nations in 2018, had not announced that he intended to step down. After addressing the council, she told reporters that she had informed UN Secretary-General Antonio Guterres two months ago that she wanted to return to her family in Chile and would not seek a second term.

She recently came under fire from human rights groups outraged over her visit to China in May, the first by a UN human rights chief in 17 years. Critics said the visit dealt Beijing a propaganda stunt, avoiding any public censure of the mass incarceration of Muslims in Xinjiang and the crackdown on activists, lawyers and journalists in China.

“There was no conviction of Madame Bachelet even remotely compatible with the gravity of the atrocities committed in Xinjiang,” Kenneth Roth, director of Human Rights Watch, told reporters ahead of the council session. “She has given up her most powerful weapon for a backstage dialogue that will be meaningless.”

Bachelet told the Human Rights Council on Monday that she raised concerns during her visit about China’s treatment of Uighurs and other Muslims in Xinjiang, as well as Beijing’s policies on Tibet and Hong Kong. She also said she was committed to releasing a long-awaited report on China’s actions in Xinjiang.

The report, which has been awaiting publication since last year, is being updated, Bachelet told the board. She told reporters she would release it before stepping down.

The United Nations human rights office will continue to address the matter at a new annual meeting with senior Chinese officials, Bachelet said, signaling what she said was one of the achievements of her visit and its policy of low-key engagement with Beijing.

His report to the Human Rights Council on Monday, which analyzed global developments, expressed concerns for a wide range of countries.

Restrictive abortion laws pose a threat to human rights, she said, singling out the United States among other countries. The British government’s proposed amendments to Britain’s human rights law, described by Bachelet as one of its most important human rights laws, risk limiting citizens’ access to justice, she said.

Mrs. Bachelet also said Israel should open a criminal inquiry into the death of Palestinian-American journalist Shireen Abu Akleh. The Palestinian Authority says she was shot by an Israeli soldier; Israel says it is still investigating his death.

Mrs. Bachelet said that Mrs. Akleh highlighted the killings and injuries of Palestinians by Israeli forces, and warned that the “prevailing climate of impunity” was fueling the violence.