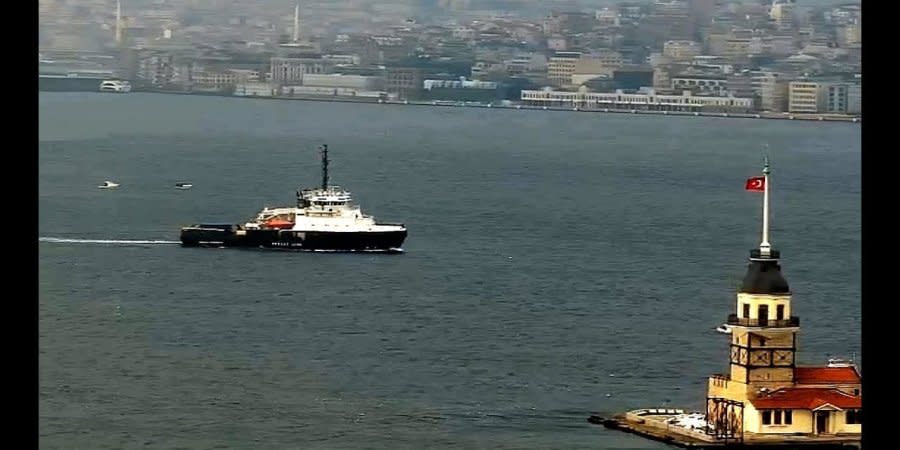 The Russian tug was carrying munitions, weapons and personnel from the Black Sea Fleet to the Ukrainian island, which was occupied by Russia shortly after the start of the Kremlin’s full-scale invasion of Ukraine.

“Even the presence of the Tor anti-aircraft missile system on board did not stop the Ukrainian Navy from demilitarizing Russian invaders,” the report reads.

It is unclear if the Tor system was being transported to Snake Island or if it was acting as an air defense for the tug.

Alleged video footage of the tugboat’s destruction is circulating on social media. Blurred images, apparently of a low-flying Bayraktar TB2 unmanned aerial vehicle, show what appears to be two missiles hitting the tug during the hours of darkness.

Help NV continue its reporting work on the Russian invasion