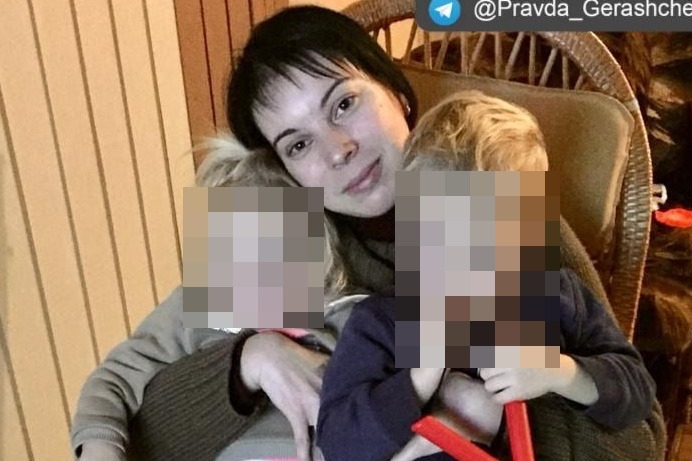 A UKRAINIAN mum was allegedly kidnapped and raped by Chechen soldiers before having her throat slit in Russia’s latest harrowing war crime.

Tetiana Zadorozhniak was reportedly waiting to evacuate when she was snatched from her home in Makariv near Kyriv.

She was reportedly taken by the troops – who were members of the Kadyrov battalion run by one of Putin’s most brutal warlords – to a nearby house.

Tetiana had been waiting for a friend so they could leave together to escape the advance of the Russians.

The soldiers then raped her as she is understood to have been held captive for several days in the town.

And then the soldiers cut her throat and she was buried in the back garden. 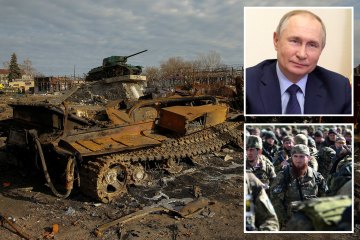 Horror video shows the ransacked property and a bed and sheets covered in blood where Tetiana was allegedly raped and held captive.

And no one could help the woman as other Ukrainians were detained in their homes.

It is said anyone who attempted to leave or even get close to the windows was warned off the soldiers fired machine guns.

Tetiana had hardened tragedy last year when her husband reportedly died from Covid.

And in a heartbreaking image, her dog Reeny remains sitting on the doorstep of her home.

The 9-year-old pooch remains on guard despite his own never being able to come home again.

She was killed around March 15.

And the Chechen soldier who killed him was reportedly then subsequently executed by the Russians.

But the incident is only now coming to late as the world is shocked by the scale of the war crimes committed by Russia.

Tetiana’s story was shared by Ukrainian interior ministry official Anton Gerashchenko and it is the latest horror allegedly committed by the Russians.

Her hometown of Makariv has been the seen of some of the most horrifying war crimes committed by Putin’s men.

At least 132 civilians found with bullet wounds buried in a mass grave and an estimated 40 percent of the buildings have been destroyed.

The once bustling town was popular with commuters, being home to 15,000 people.

Pictures from the town show the devastation and it is just 18-miles southwest of Bucha, another scene of horrific war crimes.

Russian soldiers retreated from the town at the end of last month as Ukraine continues its valiant fightback against Putin.

Putin had expected to roll over Ukraine in a matter of days, but the war has instead been raging for weeks.

His troops thought they would be greeted with cheers and waving flags, instead they were faced with rage and molotov cocktails.

Moscow has lost an estimated 20,000 soldiers amid its botched its invasion.

And this slow and brutal quagmire has seen the Russians change tactics, moving from surgical strikes to indiscriminate bombardment on cities.

Ukraine is continuing to call for aid as it receives weapons and vehicles from the West.

But world leaders and Nato remain fearful to provide much more unless they risk open war with Russia and potentially World War 3.

PICTURES of women and children fleeing the horror of Ukraine’s devastated towns and cities have moved Sun readers to tears.

Many of you want to help the five million caught in the chaos — and now you can, by donating to The Sun’s Ukraine Fund.

Give as little as £3 or as much as you can afford and every penny will be donated to the Red Cross on the ground helping women, children, the old, the infirm and the wounded.

The Ukraine Crisis Appeal will support people in areas currently affected and those potentially affected in the future by the crisis.

In the unlikely event that the British Red Cross will raise more money than it can be reasonably and efficiently spent, any surplus funds will be used to help them prepare for and respond to other humanitarian disasters anywhere in the world.