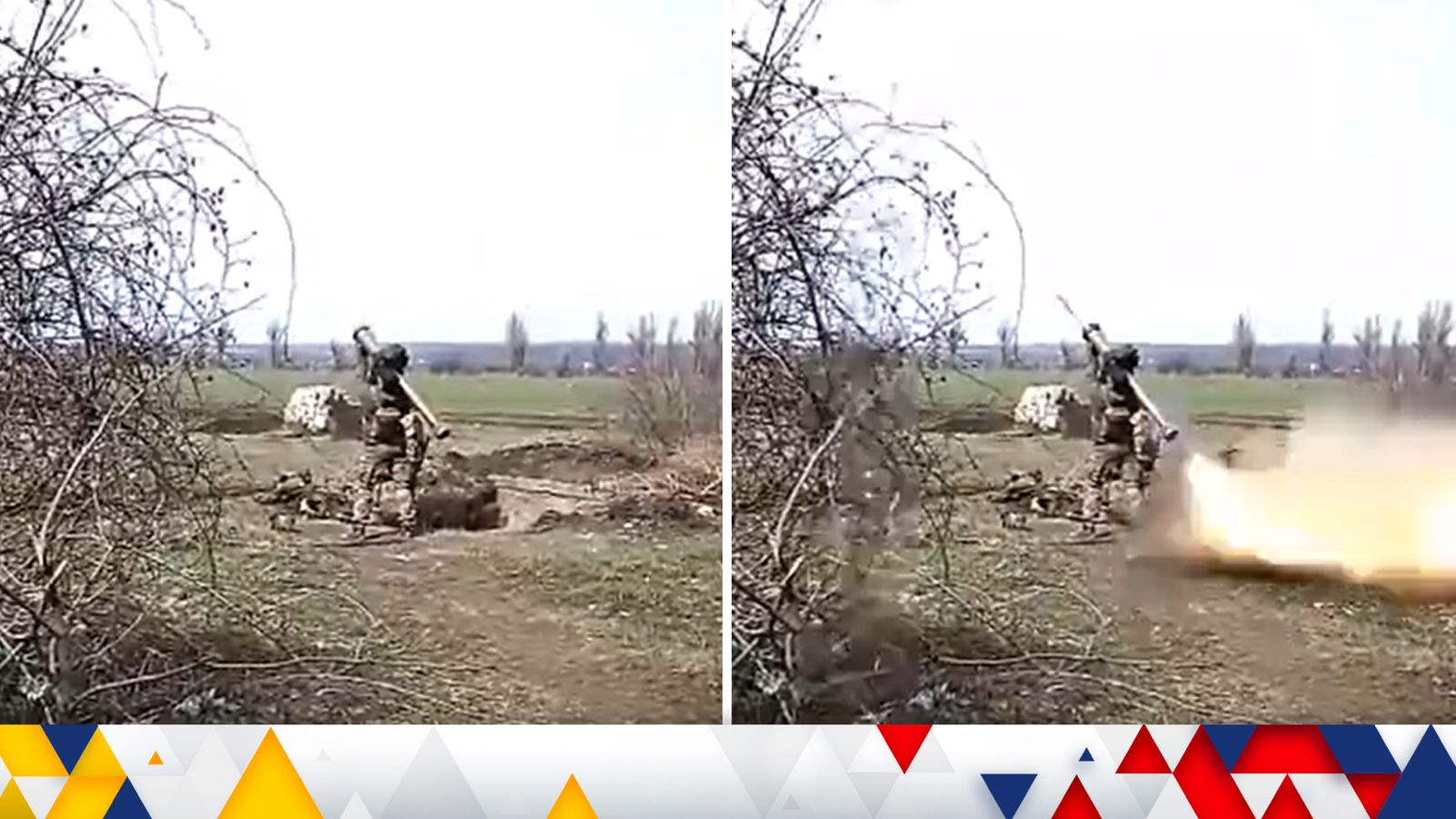 Ukrainian troops cheered and celebrated after reportedly shooting down a Russian drone with a British-made missile, new video shows.

In footage shared online, a Ukrainian soldier is seen firing a laser-guided missile into the sky. After it seemingly hits the target – although this is not shown in the video – loud cheers are heard, with the soldier seen flipping his fingers at the drone.

In a message, shared alongside the clip, the soldier said: “This is the greeting of Ukrainian paratroopers [to] Boris Johnson. Thank you, Britain. We use the support of allies effectively.”

He ended by encouraging the West to “give more” equipment to the battle-scarred country – a plea that has been echoed by President Volodymyr Zelenskyy throughout the war.

The video has been shared by an account linked to the Ukrainian military.

A Janes military analysist identified the launcher to Sky News as a Martlet LMM (Lightweight Multirole Missile) Tube, which are British made.

The UK has sent several packages of military support to Ukraine, with the most recent £100m announced just days ago as Prime Minister Boris Johnson visited Kyiv.

It is the first time the UK has sent armored vehicles to Ukraine. It is understood they will be stripped of sensitive equipment and could help mount offensive operations close to Russian lines.

The Mastiff was designed to withstand Improvised Explosive Devices (IEDs) during the Afghan war.

Starstreak anti-aircraft missiles, 800 anti-tank missiles, helmets and night vision goggles will be included in the latest consignment from the UK, in addition to 200,000 items already distributed.

In March, the UK sent 6,000 defensive missiles to Ukraine to “step up” support.

It comes as Mr Zelenskyy warned thousands of people may have been killed in the port city of Mariupol.

“Mariupol has been destroyed, there are ten of thousands of dead,” he told the South Korean parliament.

But despite such enormous losses the Russians are “not stopping their offensive”, he added.

A top European Union official has said Russian troops – which have now withdrawn from the north of Ukraine – are amassing to attack the eastern region of Donbas.

Josep Borrell said: “I’m afraid the Russian troops are massing on the east to launch an attack on the Donbas. The Ukrainians are very much aware of that.

“So, I’m afraid in the next day the war will increase on the Donbas.”

President Zelenskyy said the coming week will be “tense”, with Russia “even more afraid to lose… afraid that the truth will have to be admitted”.