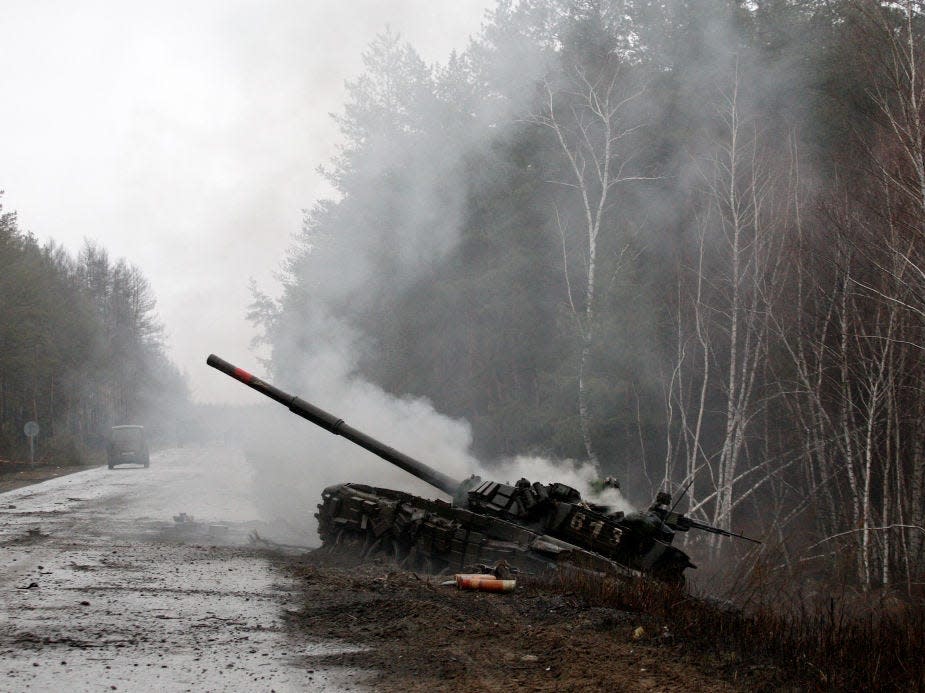 Ukraine says the Russian army has lost so many soldiers that it has run out of space to store their dead in the occupied city of Melitopol.

A press release from the Ukrainian Defense Ministry’s intelligence division said on Thursday that the Russians were looking for “additional refrigerators” to store the bodies of their dead soldiers after the Russians ran out of space in a refrigerator turned morgue. .

“The administration of the Melitopol occupation is urgently looking for more industrial freezers and refrigerators. It is known that the city’s refrigerator, which has been converted into a morgue, is already completely full of dead occupants’ bodies and cannot accept any more,” it reads. himself in the statement of the Ukrainian Ministry of Defense.

The Ukrainians added that the Russian bodies were being brought to the meatpacking plant from outside Melitopol. Ukrainians said these soldiers likely died in fierce fighting near the towns of Polohy and Huliaipole in the southeastern region of Zaporizhzhia.

“These events are associated with large losses of manpower from the occupiers,” the Ukrainian Defense Ministry wrote. “Furthermore, the long-term storage of the bodies of the dead is due to the Russian leadership’s intentions to hide the true scale of the losses from the Russian electorate.”

This information from the Ukrainian government comes just a week after Putin ordered more than 134,500 recruits to join the Russian army.

Russian forces occupied Melitopol in February. It has since been under Kremlin control, although the Russians face continued resistance from the city’s Ukrainian residents.

Russia’s invasion of Ukraine went badly, especially after it suffered “devastating losses” from its junior officers. Last week, Ukraine claimed to have destroyed an entire Russian army in Izyum. The Ukrainian military also said this week that one of its brigades had destroyed an “elite” Russian unit after a 14-hour firefight in eastern Ukraine.

Western officials estimate that around 15,000 Russians were killed in the invasion. Ukraine’s Defense Ministry said in a Facebook post on Wednesday that 31,500 Russians had been killed so far.