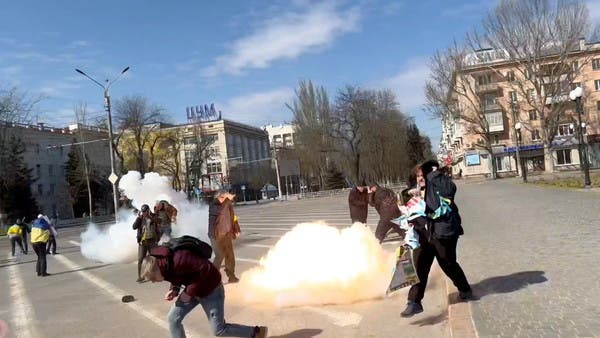 Ukraine said on Friday that it had hit Russian military positions in the southern Kherson region, where the Kyiv army is fighting to regain territory captured by Moscow troops at the start of its invasion.

“Our aircraft carried out a series of attacks on enemy bases, equipment and personnel accumulation sites and field depots in five different settlements in the Kherson region,” the Defense Ministry said in a statement.

Kherson, north of the Crimean peninsula, which was annexed by Russia in 2014, was one of the first regions to come under Russian control after the February 24 invasion.

Ukraine has launched an offensive to recapture territory and the presidency said in a Friday morning briefing that the military situation remained “tense”.

“A series of loud explosions were heard throughout the day, fighting continues on the borders of the region,” he said.
Moscow authorities in occupied Kherson held a referendum on integration with Russia, mirroring a controversial vote in Crimea in 2014.

They previously announced that the Russian currency, the ruble, was being introduced to the region.