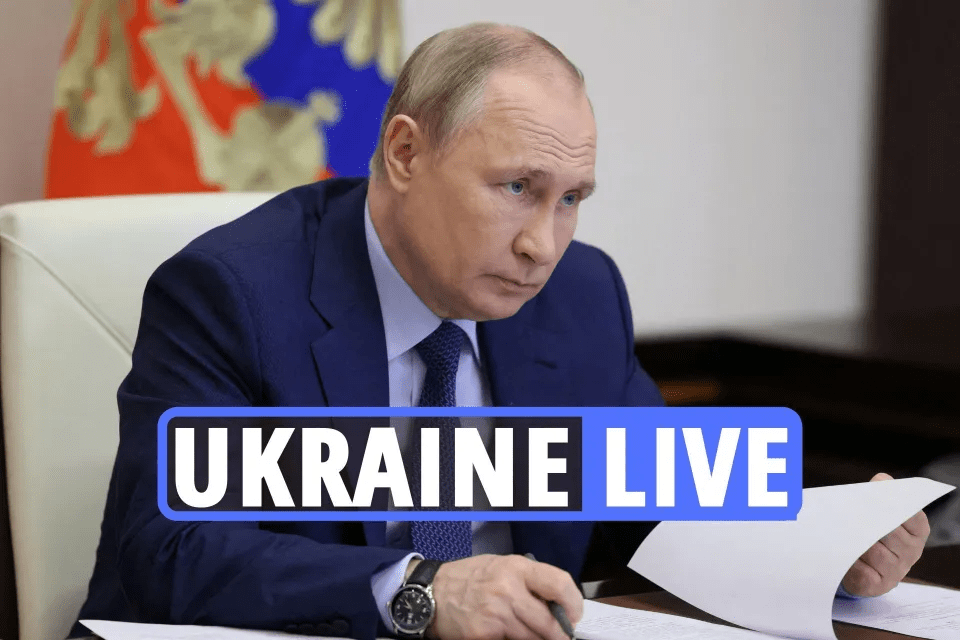 VLADIMIR Putin has issued a terrifying new threat to Sweden by comparing himself to Russian tyrant Peter the Great and bragging about ‘reclaiming’ land in new images.

Putin, made reference to the Great Northern War, which saw an anti-Sweden coalition led by Moscow during his lecture to mark the 350th anniversary of Tsar Peter’s birth.

Speaking to the audience with a smile on his face, Putin said: “It seemed [Peter] was fighting Sweden and taking territory.”

“He wasn’t catching anything! He was taking them back!” he added.

Referring to the Battle of Narva, he said, “Why did he go there? He went there to take it back and strengthen it, that’s what he was doing.

“It fell to us to pick up and strengthen. And if we take these values ​​as fundamental to our existence, we will prevail in the issues we face.”

The news comes as Putin’s ‘brutal’ battle for the key city of Severodonetsk will determine the fate of the Donbas region, according to Volodymyr Zelensky.

Ukrainian forces were holding their positions in intense street fighting and under day and night bombardment in Sievierodonetsk, officials said.

Russia is pushing for control of the bombed city, key to its goal of controlling eastern Ukraine.

Security Council Secretary of Ukraine Oleksiy Danilov said on Thursday that the situation in Sievierodonetsk was “extremely complicated” and that Russian forces were concentrating all their forces in the area.