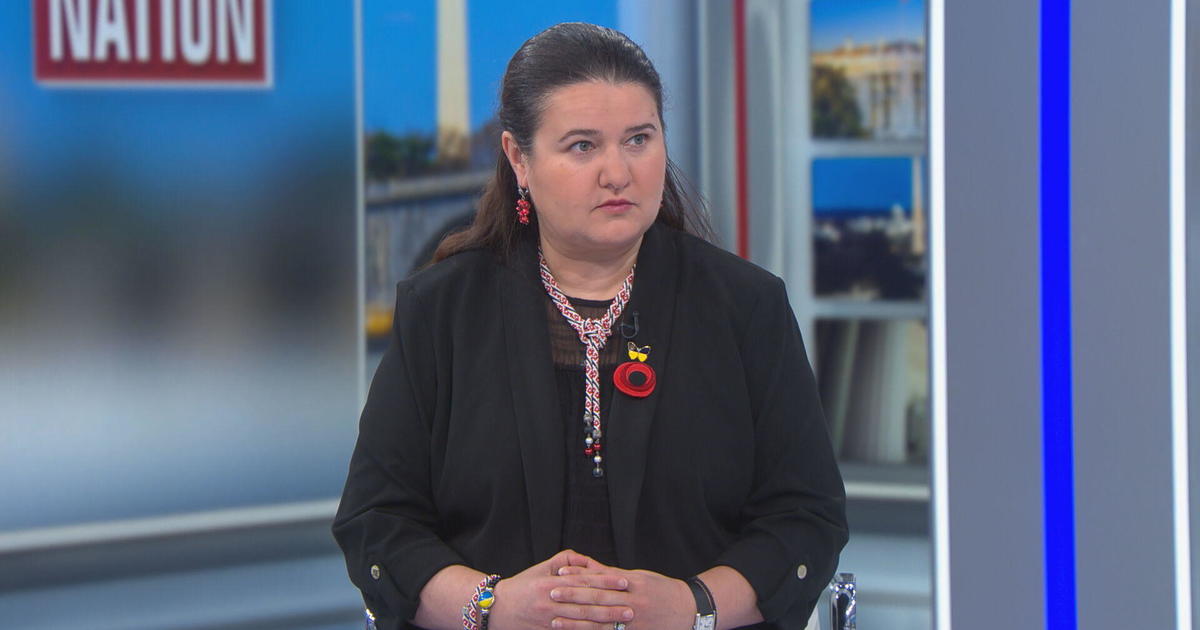 Washington— Ukraine’s Ambassador to the U.S. Oksana Markarova said Sunday that the country was “preparing for everything” as Ukraine’s armed forces are on heightened alert ahead of Russia’s “Victory Day”, with officials warning of a possible escalation in the ongoing conflict.

“We know there are no limits to the regime in Moscow, so we are preparing for everything,” Markarova said in an interview with “Face the Nation”. “They said they weren’t going to come in – that they weren’t going to attack us, and they did. They said there’s been no war in Ukraine in the last eight years, and we know [there] was. They said they didn’t take Crimea and they did. They said they are not killing civilians and yet we see everywhere the death of women, children. They torture them, they rape them, they kill them. Therefore, we can count on Putin and imperialist Russia to do all the bad things they can try to do.”

Russia celebrates Victory Day on May 9 to commemorate its role in the defeat of Nazi Germany in World War II, and the Russian military worked to complete its acquisition of Mariupola major port city that has been under shelling for weeks, in time for Monday’s celebrations.

Putin has continued to falsely claim that his invasion of Ukraine, which he has characterized as a “special military operation”, is part of an effort to remove the Nazis from power and is about to deliver a speech on Monday in Moscow’s Red Square.

There is speculation that during his remarks, Putin could recognize the war with Ukraine and start recruiting soldiers, which would help him bolster his defenses in eastern Ukraine.

Markarova said such a move would be “the first time Putin will tell the truth, that it is a war and that he urgently needs to recruit soldiers”.

“I hope it’s clear to all Russians what they’re doing in Ukraine, which is an aggressive war,” she said. “They attacked a neighboring country, a peaceful country. And the question is, are they prepared to have tens of thousands more dying in Ukraine for no reason at all?”

Ahead of Russia’s Victory Day, President Biden is expected to attend a virtual meeting of the Group of 7 Leaders on Sunday, which Ukrainian President Volodymyr Zelenskyy will also attend. The White House said world leaders will discuss the latest developments in Russia’s war, while Markarova said Zelenskyy will continue to pressure the US and Western allies for more military support, more sanctions and more financial support for Ukraine.

“Are we all prepared, the civilized world, to do everything possible to defend our democracy and freedom? And Ukraine certainly not only is ready, but it shows in the last 74 days that we courageously defend these values ​​and defend our homes,” she said. .

While Putin has suffered setbacks in seizing key cities in Ukraine, his forces have shifted their focus to the country’s industrial east. The US has assessed that Russia is preparing to annex the recently occupied southern city of Kherson, as well as the so-called “people’s republics” of Donetsk and Luhansk.

But Markarova said Ukraine “has to be whole within internationally recognized borders.”