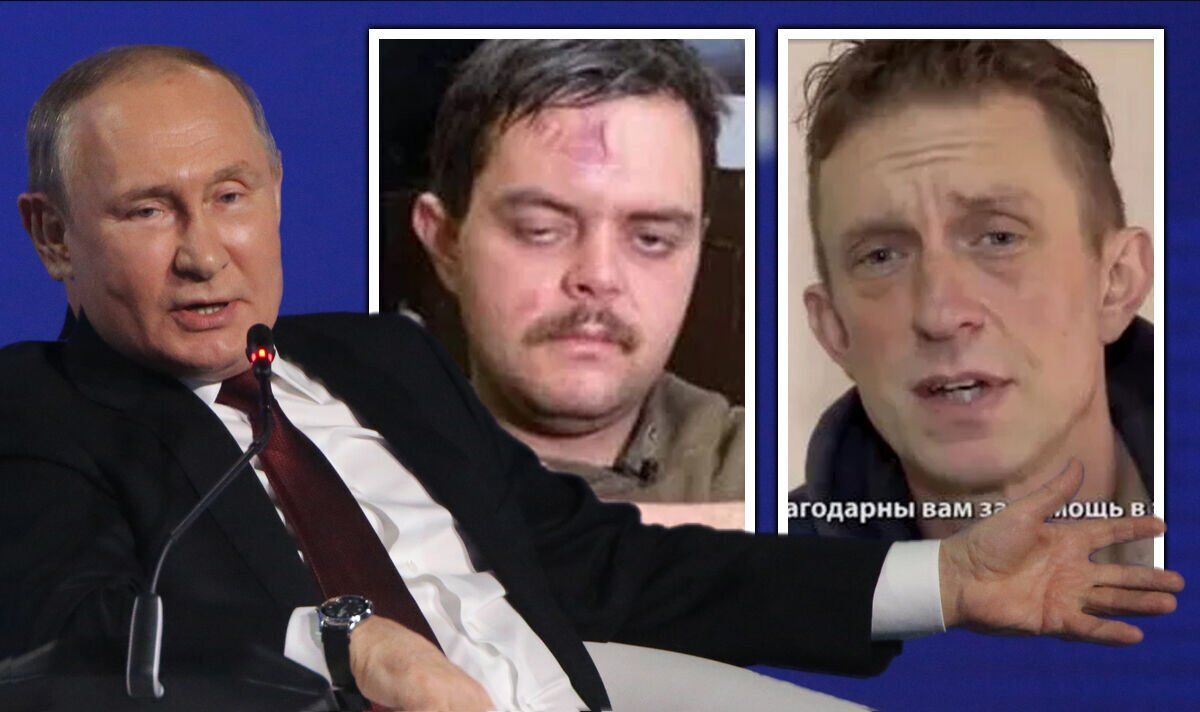 Aiden Aslin, 28, and Shaun Pinner, 48, were captured in the besieged port city of Mariupol in April when their unit surrendered after holding off the Russian army for 48 days. They were convicted of attempting “a violent seizure of power” by the “Supreme Court” of the self-proclaimed Donetsk People’s Republic (DPR). The men were instructed to await execution by a firing squad after pleading guilty to mercenary and terrorist activities.

But the final decision will not be made by the head of the DPR, but by the decision-makers in Moscow.

Mark Voyger of the Transatlantic Defense and Security Program at the Center for European Analysis told Express.co.uk: “[The DPR] would not dare to harm Western citizens unless ordered by Moscow, because these so-called ‘republics’ are puppet entities that are completely controlled by Russia.

“I wouldn’t even call them ‘separatist republics’ in the true sense – they don’t have any international standing of their own.

“So anything of this magnitude, which threatens a major international scandal, is a matter for decision-makers in Moscow.

The soldiers were captured after defending Mariupol (Image: GETTY)

“So, in the unfortunate case that they went to the extreme and [execute] its citizens, it will be Moscow’s fault and not the local court’s, although the Kremlin then says that the [DPR] local court ruled.

“Obviously the order would come, I have no doubt, from above.”

Voyger warned that the illegal trial was carried out, in part, to dissuade Western soldiers from joining the war effort in support of Ukraine.

Britons were legal combatants serving in the Ukrainian armed forces and fully entitled to the protection of prisoners of war under the Geneva Convention.

Labeling the fighters as “mercenaries” and refusing to recognize their service in the Ukrainian Army allowed the DPR to accuse them of terrorist activities that carry a death sentence.

The former US Army adviser added: “This is one of the most potent tools of Russia’s hybrid warfare, it’s the ‘law’ element, where they use quasi-legal instruments, for example dummy courts or kangaroo.

“Or false laws that are not legitimate because they are rules that were made by illegitimate authorities, and then [the Kremlin] hides behind these legal cases to ask a question and put pressure on the West.

“If your country tries to deal directly with the puppet DPR authorities, it will grant these entities a certain level of international recognition, which is what the Russians want.

“So the only way to deal with the situation is to contact Moscow directly and put pressure on the Kremlin.”

On Wednesday night, Aslin’s family told the BBC that her captors had told her the UK had yet to make any attempt to negotiate on her behalf.

Pamela Hall, Aslin’s grandmother, said the family spoke to him in a phone call in which he said he was told “time is running out” by his captors.

She said: “There are no words, just words, it must be everyone’s worst nightmare to have a member of their family threatened in this way.

“Aiden was extremely upset when he called his mother this morning. The bottom line is that Aiden said the DPR told him that no one from the UK made contact and that he will be executed.

“I have to believe what Aiden told us, that if the DPR doesn’t get any response, they’ll execute him. Obviously, I hope that’s not true.”

Downing Street also said that while Boris Johnson was “shocked” by the sentences, there were no plans for direct interventions with Russia, with an emphasis on their status as members of Ukrainian forces.

A spokesperson for the Foreign, Commonwealth and Development Office told Express.co.uk: “We are doing everything we can to support the men and we are in close contact and helping their families.

“We condemn the exploitation of prisoners of war for political purposes and we raise this with Russia. We are in constant contact with the government of Ukraine on their cases and we fully support Ukraine in its efforts to free them.”