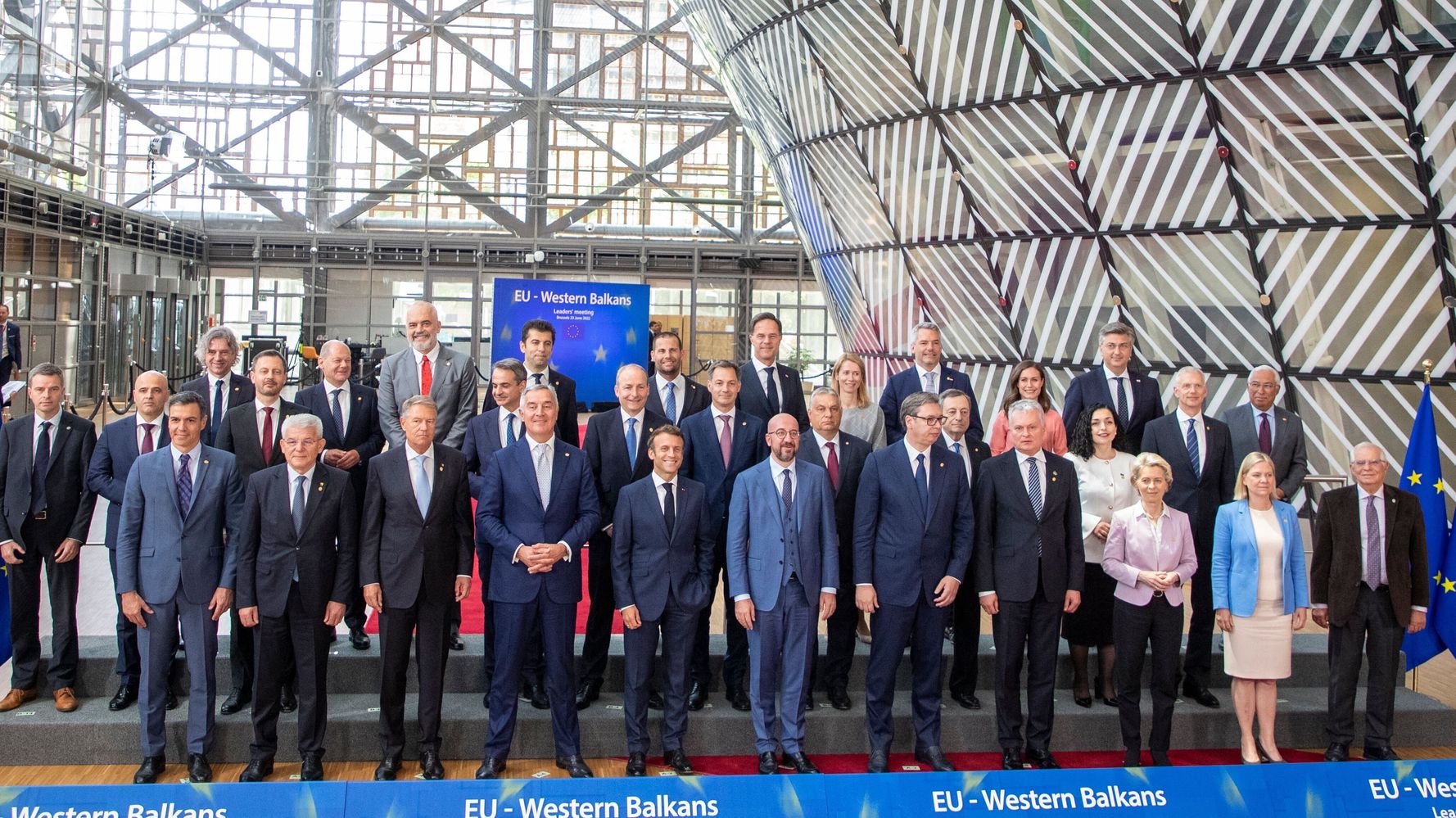 European leaders gave Ukraine EU candidate status at a summit on Thursday. in a key sign of continued support for Ukrainian resistance against Russian invaders and confidence in Ukraine’s future.

“A historic moment”, Michel he wrote. “Our future is together.”

The council – which includes the heads of state of all EU member states – also approved candidate status for Moldova, which is also concerned about Russian ambition towards its territory.

Neither country will immediately join the 27-nation bloc: European officials want both countries to improve their judicial systems and fight systematic corruption to meet EU standards before starting accession negotiations, which are unlikely to start anytime soon. But gaining candidate status is likely to boost Ukrainian morale amid fierce fighting in the east of the country, and analysts say the move should help Ukrainian activists secure difficult domestic reforms.

Ukraine applied for EU membership days after Russian President Vladimir Putin launched an invasion of the country in February. Top Ukrainians, including President Volodymr Zelenskyy, and their international supporters have spent months promoting the idea of ​​Kyiv membership – and won a broad European deal in an extremely short time, given the difficulty of securing unanimous support from EU members. The European Commission, the EU’s executive branch, recommended candidate status for Ukraine last week, and even EU states close to Russia, such as Hungary, have not tried to block the plan.

While Putin cited Ukraine’s ties to the West as a concern that helped spur his decision to invade, he said he has no problem seeing the country as a member of the EU. Still, Zelenskyy warned of possible Russian retaliation for the move, such as an increase in attacks on Ukrainian targets.

The EU has a mutual defense clause, but most governments see it as much weaker than the joint defense agreement of the NATO military alliance, which also includes the US and former EU member the UK. . This is one of the main reasons why Sweden and Finland, members of the European Union, reacted to Russia’s incursion into Ukraine by rushing to join NATO.

Moving towards EU membership could be of great benefit to Ukraine. Symbolically, this would demonstrate Kyiv’s independence from Russia, where Putin and his allies have repeatedly questioned whether Ukrainians should be recognized as separate from Russians. And economically, moving closer to the EU would likely make Ukraine more attractive to international investors, while eventual membership could come with big union development subsidies.

“I sincerely congratulate the decision of the EU leaders… it is a unique and historic moment”, Zelenksyy he wrote on Twitter after the news broke.

Several other countries, including Turkey and Serbia, are also candidates for the EU, but their accession processes are largely frozen.

European solidarity with Ukraine – and horror at Russian wartime brutality – makes Kyiv’s attempt look more likely to succeed in the years ahead. And for now, the seal of approval from EU members’ heads of state could also help deal with growing war fatigue among some Europeans, showing that assistance to Ukrainians goes beyond sending arms.

The EU has separately imposed several unprecedented rounds of sanctions on Moscow to try to pressure Putin to stop his attack, including a ban on most oil imports from Russia.