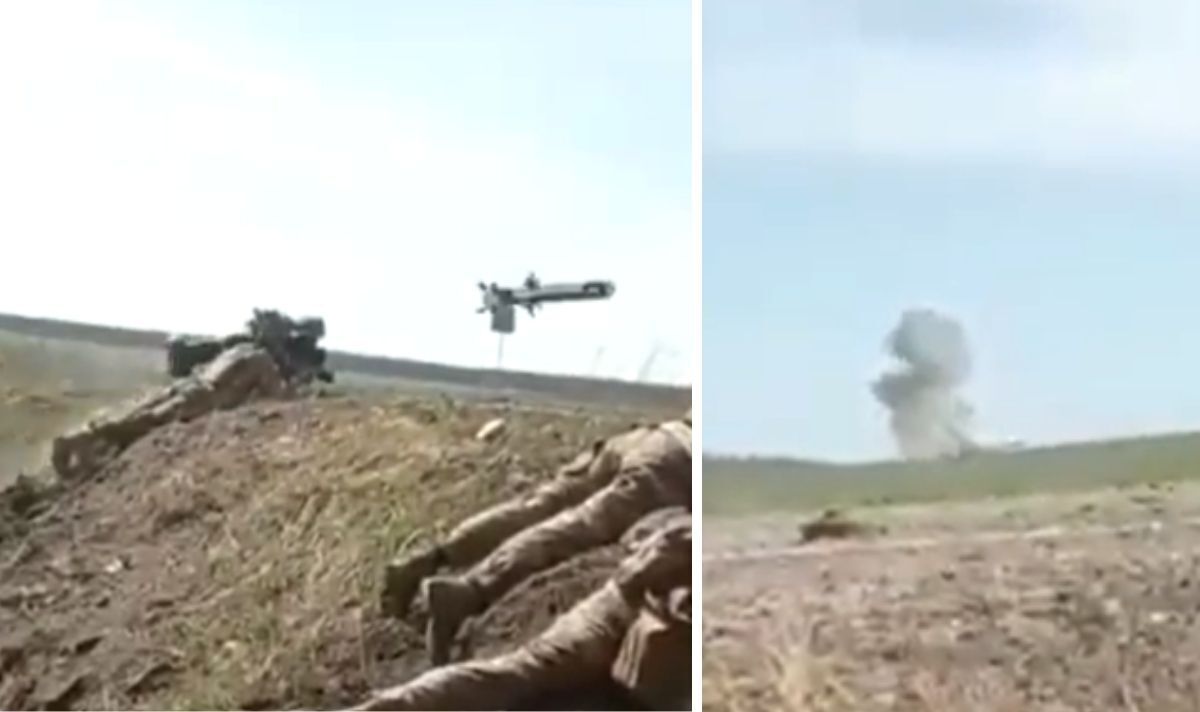 The footage showed a Ukrainian paratrooper hitting a Russian tank from a distance, blowing up the armored vehicle. The soldier can be seen lying on the crest of a muddy bank, targeting a Russian tank several hundred meters away. Hiding on the ground, the soldier fires an FGM-148 dart at the enemy vehicle, which then explodes in a fireball before erupting in a cloud of smoke.

The paratrooper is lying next to two other soldiers, one of whom grabs a sniper to watch the tank’s movements.

The clear shot is another blow for Russian President Vladimir Putin, whose offensive in Ukraine has been plagued by tactical failures and heavy artillery losses.

The latest estimates from Ukrainian military officials suggest that Russia has lost more than 1,200 tanks and a quarter of its tactical battalions.

As Russia failed to salvage some semblance of victory from its retreat into Ukraine’s eastern regions, other tanks, emblazoned with the letter Z, succumbed to the Ukrainian onslaught.

While the focus temporarily shifted to Finland’s declaration of intent to join NATO, rather than doubling the alliance’s border with Russia, Ukrainian forces continued to push back Putin’s army.

It is estimated that over 70 tanks and armored vehicles were immobilized, as well as possibly 1,000 soldiers killed in a single set of attacks by Ukrainian forces.

The devastating attack took place on the banks of the Siverskyi Donest River in eastern Ukraine after an explosive ordnance disposal officer named Maxim coordinated attacks on a Russian-built floating bridge as enemy forces tried to cross.

German Foreign Minister Annalena Baerbock said after the meeting that the G7 has a “global responsibility” to “mitigate” Putin’s aggressive invasion.

She said: “Have we done enough to mitigate the consequences of this war? It’s not our war. It’s a war for the president of Russia, but we have global responsibility.”

He said in an online post: “Let’s say the least: our country doesn’t care that the G7 doesn’t recognize the new borders. What matters is the true will of the people who live there.”