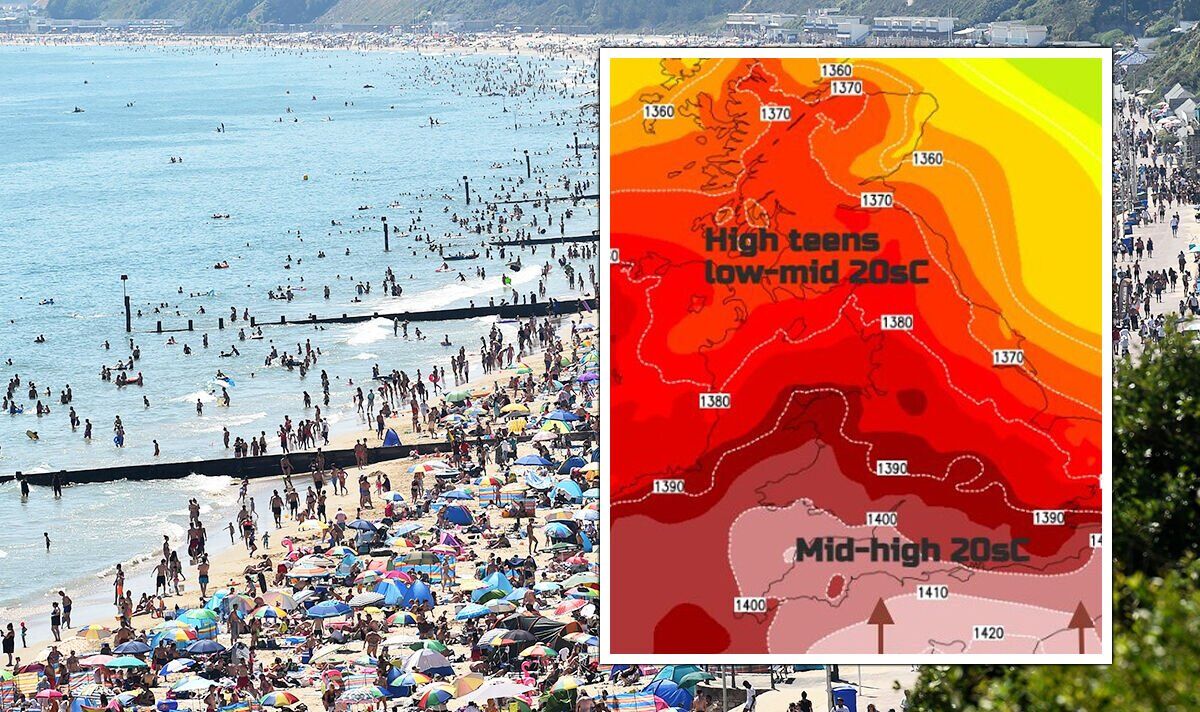 Meteorologist Phil Morrish told Express.co.uk that a Spanish plume will bring “very, very hot air” to the UK, which originated in the North African desert. He said temperatures could reach 31°C in the south and 32°C in London. The central lands will see temperatures of up to 28°C, while the north will reach highs of 24°C.

Morrish said the warm weather, which is “extremely hot for June,” will begin Wednesday and continue through Sunday, staying warm for Father’s Day.

This comes after the UK struggled with rain, hail and storms last week.

Speaking to Express.co.uk about the warmer weather, Morrish said: “We have higher pressure developing in southern Spain and that will give us very warm air coming in from the UK from Wednesday next week.

“We call it the Spanish feather.

“It looks like the Spanish plume will arrive on Wednesday, with temperatures rising in the mid-twenties and could peak on Saturday, when we could reach 30°C or 31°C in the south, 32°C in London and 28°C in the south. C in the central region.

“In the North, 24C, which is extremely hot for June.

“As this Spanish plume rises from the south, it will last until next weekend before temperatures start to return to normal.

“We have already reached record temperatures in Spain, so the ground is already warm.

“This encourages some of that warm air to move into the UK midweek through Sunday, including Father’s Day, and then some very hot temperatures.

“Temperatures up to 90F, which for June is really, really hot.

“Mid twenties for the Midlands and low twenties to the north.

“So, some nice hot days ahead.”