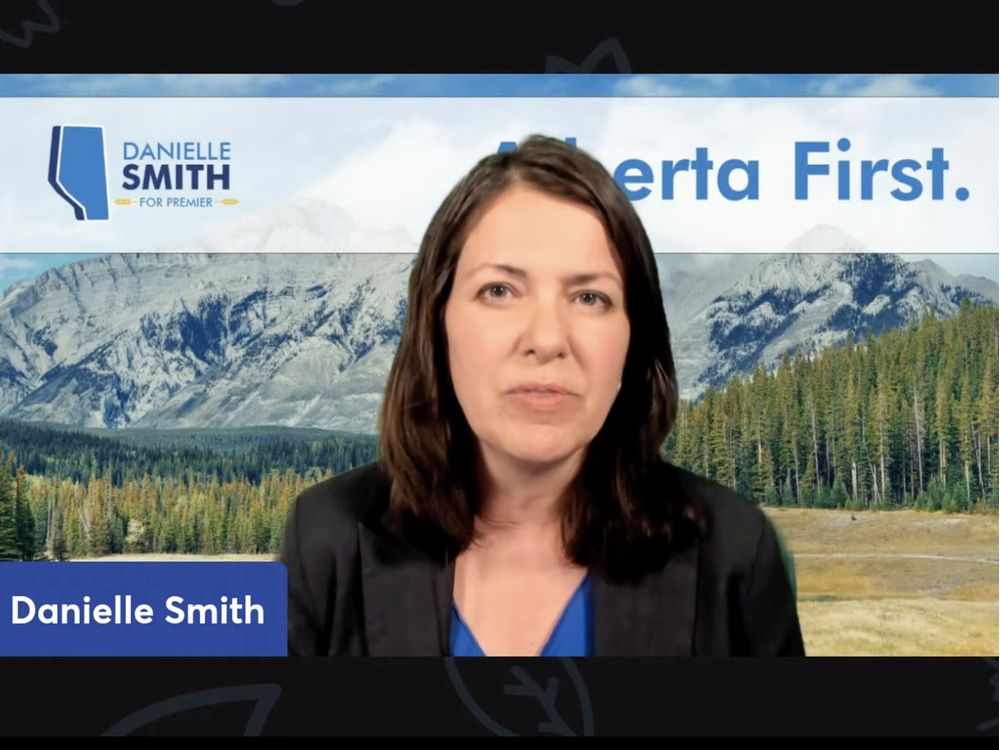 Most of Alberta’s UCP leadership hopefuls agree that the province needs to assert itself against Ottawa, but disagree on how far they would take it.

A Thursday night panel of seven of the eight candidates who declared they want to become premier was organized by Free Alberta Strategy, which released its proposals last September, including ideas dating back to the 2001 Firewall letter and the Fair Deal panel. of the UCP government. achieved in 2019, such as the creation of a provincial police force and an Alberta pension plan.

The strategy calls for Alberta to declare itself a sovereign jurisdiction in Canada that can replace federal law if it is not in Alberta’s best interest with an Alberta Sovereignty Act.

Former Wildrose leader Danielle Smith praised an aggressive stance that she said would follow Quebec’s lead, pledging to pass the sovereignty law in the legislature if elected prime minister this fall.

“If you tell people to ignore the laws, it’s a slippery slope,” Jean said.

Toews reiterated that he is worried it could create chaos and scare off investors.

UCP MLA for Chestermere-Strathmore Leela Aheer focused on building relationships and collaboration, including with other like-minded provinces.

“If I were to consider my first account, it wouldn’t be this one,” she said, adding that she would immediately focus on helping vulnerable Alberta residents.

Independent MLA for Central Peace-Notley Todd Loewen did not rule out the idea, but said the province needs to focus on what it has the power to do first, such as collecting income taxes and establishing its own pension plan.

Many candidates pointed to victories under the UCP government, but said they would like to see more progress in the process.

“Our government made a lot of noise in federal relations, but we didn’t do much. It’s time to move on,” Sawhney said.

Schulz pointed to his track record, getting a $3.8 billion child care deal with Ottawa.

“There’s a lot more work to be done, but I think a lot of positive work is underway,” she said.

Jean, who has vowed to push for constitutional talks on the equalization program, said Prime Minister Jason Kenney’s government had made the equalization referendum “a fraud” by failing to fulfill its mandate.

Jean reiterated that the only way for Alberta to “get our fair share of the money” is to get back to the constitutional negotiating table and, like Schulz, shot down the idea of ​​collecting income tax provincially as unnecessary red tape.

Thursday’s panel came after Conservative Congresswoman from Calgary Nose Hill, Michelle Rempel Garner, who was weighing an offer, announced she would not seek UCP leadership, citing division and uncertainty within the party caucus.

“Many of the conversations I’ve had exploring this opportunity confirm public reports that there is a clear divide,” Rempel Garner said in a blog post that also outlined why she would be a strong candidate.

Earlier this week, Rempel Garner had sought and received an exemption to run for leadership after her UCP membership had expired and she had failed to meet the requirement to be a party member for six months before the July deadline. Rempel Garner said Thursday that the caucus discussion about him getting that exemption validated “suspects about what I would be getting from the caucus if I became leader.”

NDP opposition leader Rachel Notley told a news conference Thursday that Rempel Garner’s statement shows Albertans that the UCP cannot be trusted to focus on the challenges Albertans are facing. .

“Accessibility, healthcare, fixing our education system, those are the things they should focus on and their statement includes incredibly revealing descriptions of how this is not what Albertans can count on the UCP,” Notley said.