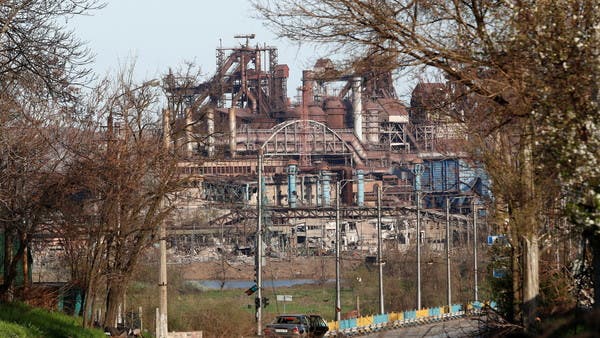 A group of 20 civilians is leaving the Azovstal steelworks, where the last Ukrainian troops are holed up in the Black Sea port of Mariupol, soldiers said on Saturday.

“Twenty civilians, women and children… have been transferred to a suitable location and we expect them to be evacuated to Zaporizhzhia, in Ukrainian-controlled territory,” said Sviatoslav Palamar, deputy commander of the Azov regiment.

On Saturday, a correspondent for Russian news agency TASS reported from the city that 25 civilians – including six children under the age of 14 – had left the site.

“All through the night, enemy artillery shelled the place,” added Palamar.

“The ceasefire that should have started at 6 am (0300 GMT) only started at 11 am. Since then, both sides have respected him,” he added.

“The evacuation convoy we were expecting at 6am didn’t arrive until 6:25pm.”

“The Azov regiment is still clearing the rubble to evacuate civilians,” Palamar said. “We hope that this procedure will continue so that we can evacuate all civilians.”

Ukraine’s presidency said on Friday that the evacuation of some civilians had been planned for that day.

A UN representative in Ukraine, Osnat Lubrani, said earlier this week that he was traveling to the central city of Zaporizhzhia to prepare for a “hopeful” evacuation.

Russia said last week it had gained full control of the strategic port city, save for the huge industrial area of ​​Azovstal.

Ukraine’s President Volodymyr Zelenskyy has repeatedly warned that if Russian forces kill the last remaining troops, it would spell the end of any peace talks.

Fourteen Ukrainians, including pregnant woman, are released in exchange for prisoners