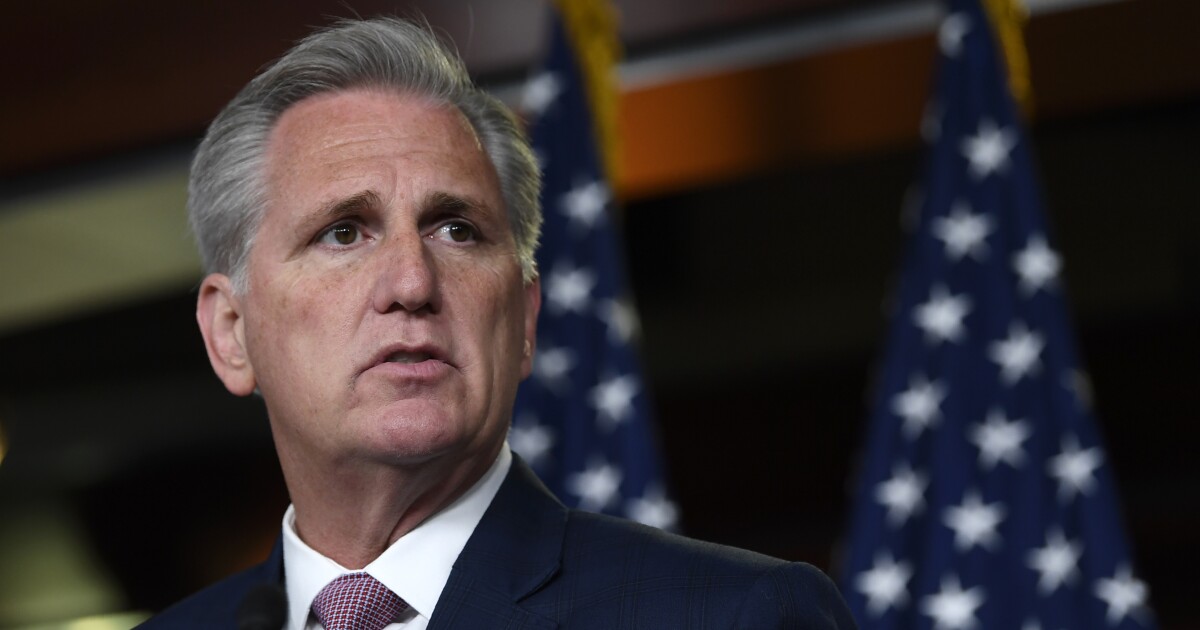 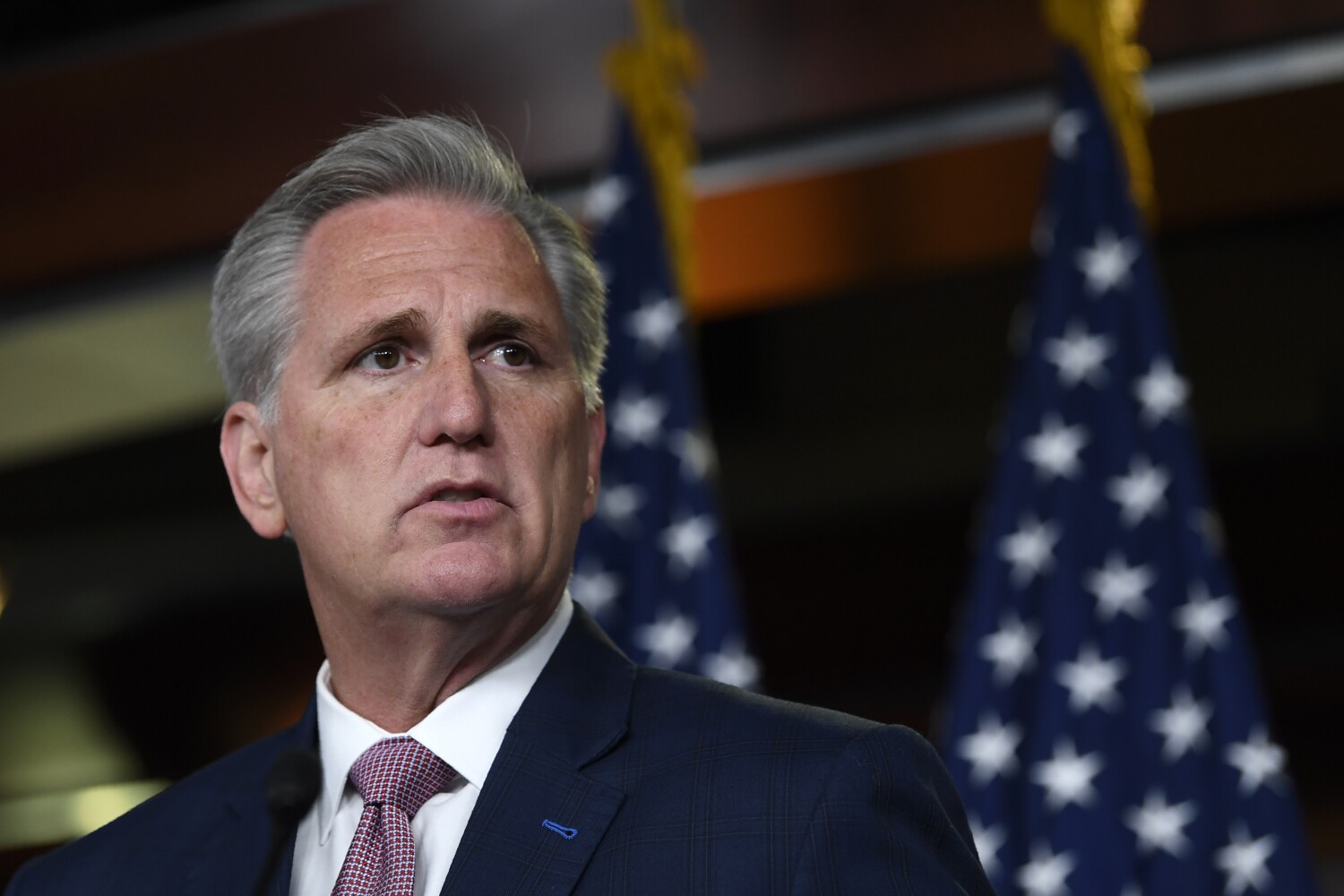 House Republicans have sided with Kevin McCarthy despite former President Trump’s attacks on the minority leader’s decision to remove GOP members from the Jan.

McCarthy (R-Bakersfield) should have picked other Republicans to the panel after House Speaker Nancy Pelosi (D-Calif.) rejected two of his initial nominations, Trump told Punchbowl News this week. “Republicans have no voice,” lamented Trump. Last week, he told far-right podcast host Wayne Allyn Root that “Republicans should be ashamed of themselves” and called McCarthy’s decision to remove GOP members “bad” and “very, very silly”.

Trump’s repeated complaints about McCarthy’s handling of the January 6 nominations may stem from his frustration that the committee’s work has caught the country’s attention. Fifty-eight percent of Americans, including most Republicans and independents, are following the committee’s news “very” or “somewhat closely,” according to a Quinnipiac poll released this week. Unlike most congressional hearings, during which each member has speaking time, the questioning at each January 6 hearing is conducted by a single committee member. The partisan back-and-forth that characterizes many of these hearings is absent, allowing committee members and witnesses to present a coherent and largely unbroken story of the attempt to overturn the 2020 election results.

Most House Republicans sought to cast the committee as a partisan sham because it has seven Democratic members and only two Republicans, Adam Kinzinger of Illinois and Liz Cheney of Wyoming. But the McCarthy caucus blames the top Democrat in the House, not its own leader, for this imbalance.

“This is Nancy Pelosi’s fault,” said Representative Marjorie Taylor Greene (R-Ga.). Because Pelosi “can choose, well, I don’t even know if we can call them Republicans – Liz Cheney and Adam Kinzinger are there – the committee isn’t even a real committee,” Greene added.

Representative Jim Jordan (R-Ohio), one of the members whose nomination Pelosi rejected, citing his spread of misinformation related to the 2020 election, also blamed the speaker.

“She knew this would be the outcome” when she didn’t give McCarthy full autonomy to choose the Republican side of the committee, Jordan said. “My guess is she would always find an excuse to be against something so she could get the result she wanted, which is this political committee with no Republicans.”

Representative Byron Donalds (R-Fla.) sympathized with Trump’s view, but he also argued that Pelosi is “the one that broke every aspect of history in this institution” by denying the minority party the right to make its own nominations.

“I understand the president’s frustration,” he said. “That’s why we don’t essentially have prosecutors in the jury room just painting a defenseless picture.”

Speaking to Root last week, Trump rejected the idea that he had endorsed McCarthy to be the next Speaker of the House, warning that he only endorsed the Bakersfield Republican for re-election in his district.

But McCarthy’s potential path to the spokesperson position does not yet appear to be in jeopardy. Republicans, who recently won a special election in a South Texas district long occupied by Democrats, are expected to regain a majority in the fall, and McCarthy remains a prolific fundraiser.

In a brief interview, Congresswoman Cathy McMorris Rodgers (R-Wash.) smiled at the mere mention of McCarthy.

“Yes,” she said jubilantly, “the next Speaker of the House. I think the McCarthy leader is doing a great job.”

Representative Bennie Thompson (D-Miss.), chairman of the Jan. 6 committee, said Democrats negotiated in good faith to create a body that could investigate the insurrection, providing for an independent committee with an equal number of Democrats and Republican nominees. .

“At the last moment, when we agreed on everything the McCarthy leader wanted, he encouraged his members to vote against it,” Thompson recalled, noting that the bill to create the commission passed the House but not the Senate.

Pelosi didn’t think Jordan and Representative Jim Banks (R-Ind.) were selected “to improve this committee,” Thompson said, so she rejected their nominations, but had a “responsibility” to nominate some Republicans – Cheney and Kinzinger – later. that McCarthy withdrew all his choices.

Representative Adam B. Schiff (D-Burbank), a member of the Jan. 6 committee who led Tuesday’s hearing, said the nature of the hearings showed the wisdom of Pelosi’s refusal to seat “some of the big liars” in the panel .

“I’m not surprised that Donald Trump is having recriminations over his and McCarthy’s decision to oppose the independent commission and refuse to sit on the select committee,” Schiff said. “This will be considered a historic and strategic mistake by both of them.”