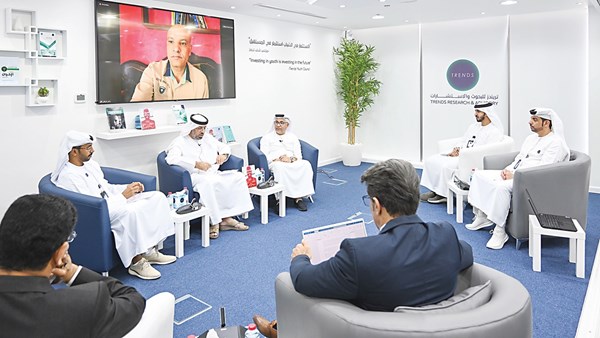 Two academics specializing in the affairs of Islamic political movements confirmed the danger of the terrorist organization “Muslim Brotherhood” and indicated that the organization, after the successive setbacks it has faced in recent years, has developed a systematic plan to restructure and manufacture a new group that would be a loose in which each branch chooses its own tactics to achieve short goals. The term is in the Islamization of the popular bases, and then in the incursion to regain power.
The two experts pointed out that most Islamic political organizations have been experiencing several internal crises in recent years, as a result of differing views in dealing with their new situation by simulating geopolitical fluctuations, especially after some of them were involved in terrorist actions. . operations, or by the iron control of its hawks in the articulations of the administrative and financial organization, at the same time that it removes the currents of renewal, especially the youth, from the decision-making centers.
This took place at a panel discussion organized by the Trends Center for Research and Consultation yesterday at the Peace Hall at the center’s headquarters in Abu Dhabi, and focused on the book: “The Brotherhood from Power to Division”, which sheds light on the crisis of the Muslim Brotherhood mother group.
The authors of the book, Muhammad al-Bashari, a researcher in the field of Islamic thought, secretary general of the World Council of Muslim Communities, and Maher Farghali, a researcher specializing in the affairs of Islamic political movements, explained that the “Brotherhood” has gone through several divisions. and divisions throughout its history, reviewing those divisions in both Egypt and Morocco, Tunisia, Algeria and Jordan.
Al-Bashari said that the organization poses a danger by discoloring it and using all means to return again, indicating that the book explains the ways of adapting this terrorist group, its structure and its new plan.
In turn, Maher Farghali said, in his intervention, that the “Fraternity model”, especially its Egyptian aspect, differs in the movement of the organization between “the jurisprudence of empowerment” and “the jurisprudence of weakness”, which allows latency, coloring and using different masks until the goal is reached.
He added that the book tracks the exposure of the “Brotherhood of Egypt” to a series of internal divisions and disintegrations from 2016 until now, the end result of which was to open the crack to the public, then the organization of the reconciliation commercialization Archive.