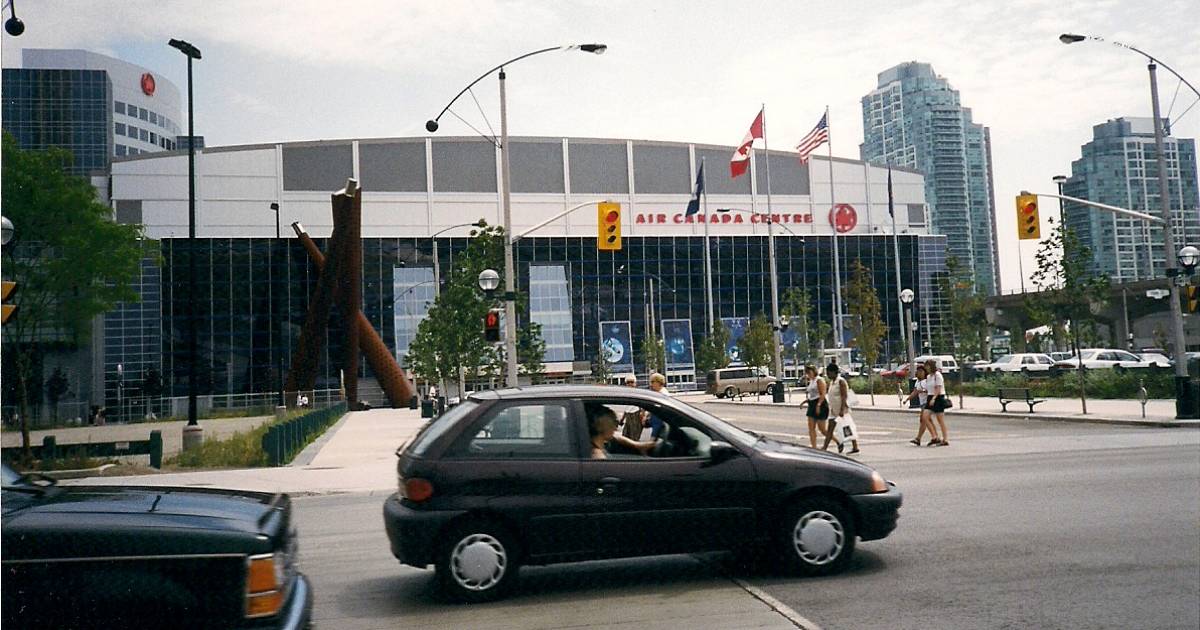 In what has become almost a springtime ritual in Canada, the Toronto Maple Leafs were once again kicked out of the NHL Stanley Cup playoffs in the first round.

The talent-packed Leafs received another participation ribbon after losing 2-1 to the Tampa Bay Lightning in Game 7 Saturday night (May 14) in Toronto, two days after the Lightning forced a seventh game by beating the Leafs 4-3 over time.

Toronto was the second seed of the Eastern Conference Atlantic Division going into the playoffs. Tampa Bay – which has won back-to-back Stanley Cups and aims to become the first “three title” champion since the New York Islanders won four straight from 1980 to 1983 – was the third seed. (The Montreal Canadiens hold the record for five consecutive championships, from 1956 to 1960.)

On Saturday night, Tampa’s Nick Paul scored his new team’s two goals after failing to score in the first six games of the series (he joined Tampa from the Ottawa Senators at the end of the season). After scoring his first late in the first period, he leveled a second three minutes after Toronto defender Morgan Rielly equalized in the second period.

That was all the scoring in the tight, hot contest, with Tampa goalie Andrei Vasilevskiy saving 30 of Toronto’s 31 shots and Leafs’ Jack Campbell managing to block 23 of 25 he faced.

Tampa Bay star Brayden Point fell to the boards a minute before Paul scored his first goal and had to leave the ice. Point did not return to the game, but remained on the bench for the remainder of the game.

Toronto, which has not reached the second round of the playoffs since 2004, has now lost in the first round for six straight seasons.

The Maple Leafs haven’t won the Stanley Cup since the 1967-68 season, when they beat the Montreal Canadiens four games to two.

Tampa captain Steven Stamkos told media after the game that the series was basically a draw. “We found a way to just grind and grind,” he said. “It could have gone either way, though.”

Veteran Stamkos – who finished the regular season with 104 points and has two goals and two assists so far in the playoffs – praised fallen teammate Point. “He’s a warrior. He’s a guy who is the heart and soul of our team; he’s a great player.”

Toronto captain John Tavares, who had a goal disallowed in the second half, said after the game that the defeat was “hard to explain. It’s hard to imagine. At the end of the day, we didn’t get what we wanted.”

“It hurts,” added the veteran center and four-year Maple Leaf. “It hurts; it’s disappointing. There’s certainly no doubt that belief [in the :Leafs’ ability] in the locker room is strong. We want to go all the way [to the Cup final]but it looks like we can’t get over that first hurdle here [the first playoff round].”

Leafs forward Mitch Marner, who had eight points in seven games, didn’t mince words after the loss. “This is going to hurt for a long time,” he said. “We are getting sick and tired of feeling this way.

“We’ve worked really hard all year to get to these games and give us an opportunity…” Marner continued. “It’s unfortunate that we didn’t get to do that for our guys.”

Tampa Bay coach Jon Cooper emphasized the strengths of both teams afterwards. “It was as balanced a series as you’re going to see,” he said.

Cooper, a native of Prince George, BC, who is currently the oldest head coach in the NHL at age 10, said that Point’s first-period injury was a key motivation for his players, who went into a defensive mindset for the rest of the game. checking and blocking shots. “When Pointer was injured, he seemed to arrest the whole team, and we never looked back,” he said.

“Basically, all 20 guys,” he praised, “you can put 88 [goalkeeper Vasilevskiy’s number] on all your back.”

Toronto coach Sheldon Keefe didn’t have much to say after the disappointing loss, which saw his team choke again after a season in which the Leafs finished with 115 points and a record of 54-21-7, their best season in a row. Everytime.

“We fell short,” intoned the third-year banker. “Capitalizing the odds was the difference.”