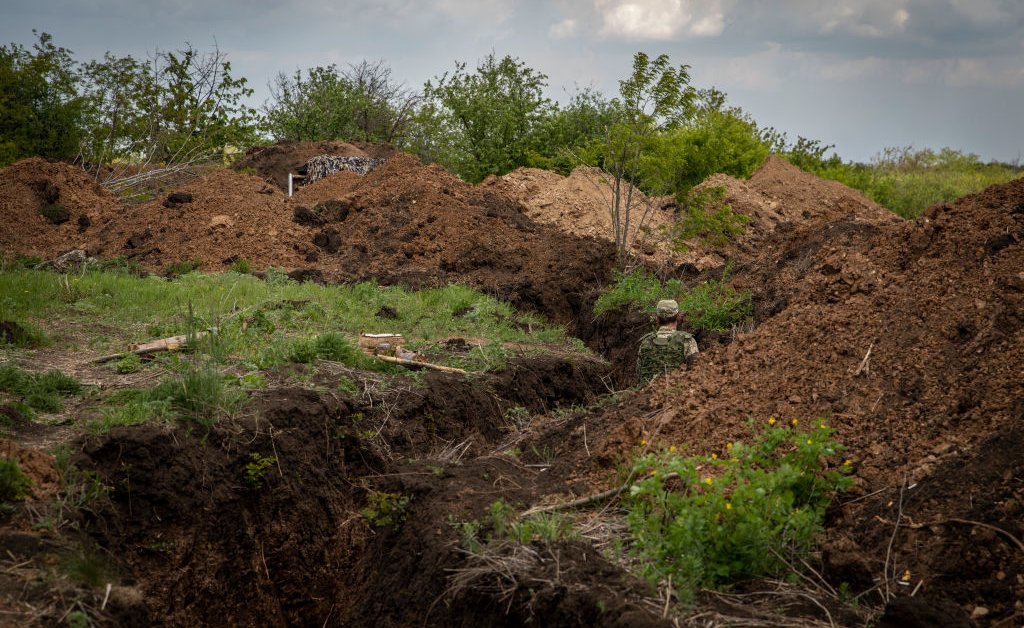 youKraine and the West denounced a pro-Moscow court that sentenced two British citizens and a Moroccan to death for fighting for Ukraine, calling the process a farce and a violation of the rules of war.

Meanwhile, as Kremlin forces continue a war of attrition in the east, Russian President Vladimir Putin on Thursday appeared to compare his actions to those of Peter the Great in the 18th century and said the country needs to “regain” Russian land. historical. .

The court of Ukraine’s self-proclaimed People’s Republic of Donetsk found the three fighters guilty of seeking the violent overthrow of power, a crime punishable by death in the unrecognized eastern republic. The men were also convicted of mercenary activities and terrorism.

Ukrainian Foreign Ministry spokesman Oleh Nikolenko condemned the process as legally invalid, saying: “Such show trials put the interests of propaganda above law and morality.” He said that all foreign nationals fighting as part of Ukraine’s armed forces must be considered Ukrainian military and protected as such.

See More information: Meet the foreign volunteers who risk their lives to defend Ukraine and Europe

Putin drew parallels between Peter the Great’s founding of St. Petersburg and the ambitions of modern Russia.

“It’s impossible – do you understand? – impossible to build a fence around a country like Russia. And we do not intend to build this fence,” said the Russian leader.

“Hitting television centers, destroying communication channels, leaving people isolated – this is the tactic of the occupiers that they cannot do without, as openness and honesty are also weapons against everything the Russian state does,” he said in the statement. Thursday in his evening speech. .