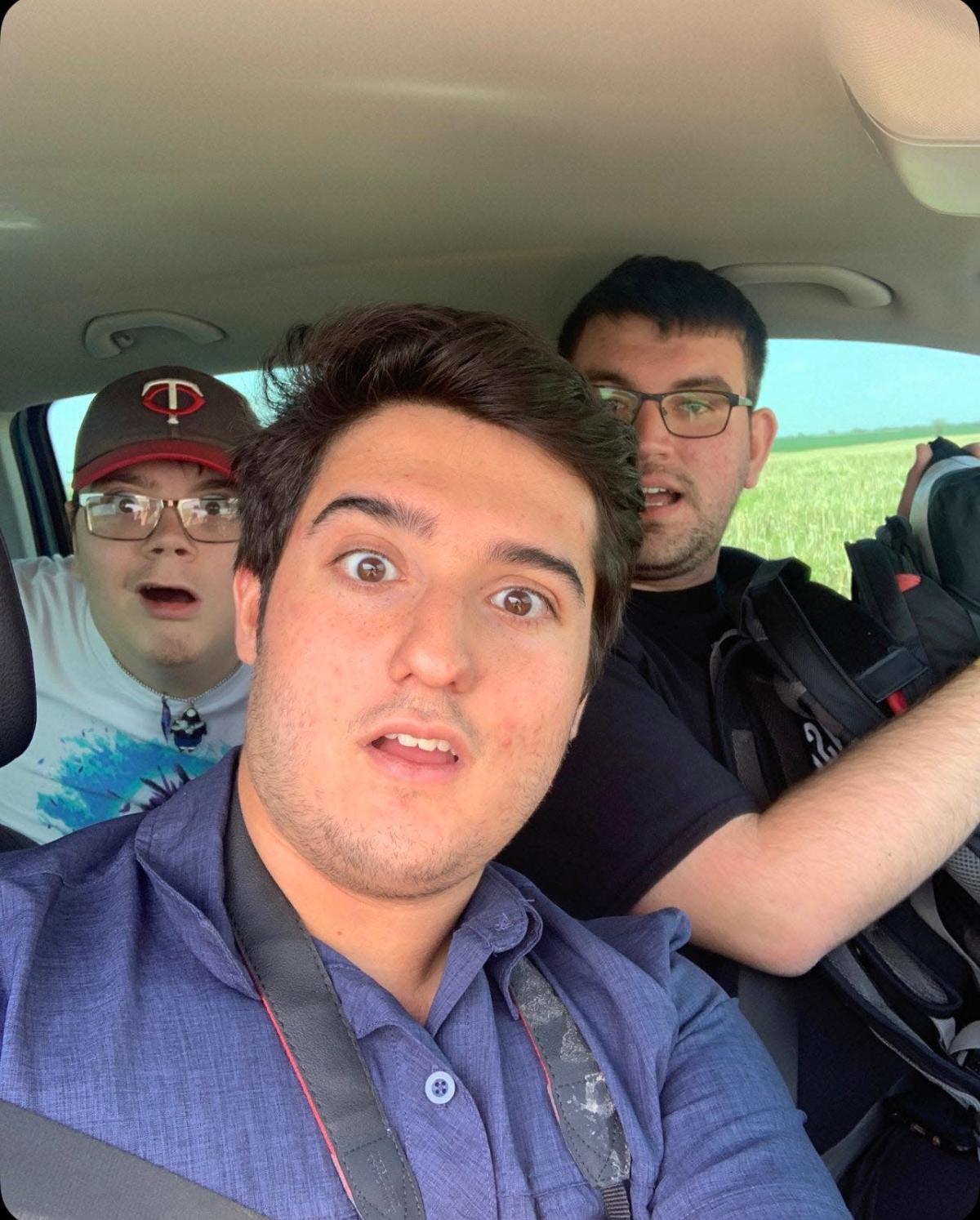 A close-knit community of weather-lovers and storm chasers is grieving after the death of three University of Oklahoma meteorology students in a car accident Friday while returning to Norman from a storm chase in Kansas.

The Loss of Students, Nicholas Nair, 20, of Denton, Texas; Gavin Short, 19, of Grayslake, Illinois; and Drake Brooks, 22, of Evansville, Indiana, prompted many to express their grief but also to remember why they loved them.

Leigh O’Neil, a geographic information science student at OU, said the three students were the “kindest, smartest people” she had ever met. O’Neil said a selfie of the three of them mugging for the camera they sent to their friends on Friday is a perfect representation of how funny they were.

“You couldn’t be around them without laughing your ass off,” she said.

“They would really do anything to help others, even before their own well-being,” O’Neil added. “They are already sorely missed. Their loss is insanely painful for all of us.”

Nair, Short, and Brooks were driving south on a wet Interstate 35 near Tonkawa when their SUV aquaplaned, veered off the road to the right, then turned back onto the highway and stopped. The 2017 Volkswagen Tiguan was hit by a semi traveling in the same direction, according to the Oklahoma Highway Patrol.

The three were pronounced dead at the scene about 85 miles north of Oklahoma City. Tonkawa Fire Department personnel and paramedics worked nearly five and a half hours to remove them from the wreckage. The truck driver was transported to a hospital in Blackwell but has since been released.

The accident occurred around 11:23 pm on Friday, just three hours after students witnessed a small tornado north of Herrington, Kansas, according to their Twitter accounts.

Evan Short, 17, Gavin Short’s younger brother, said Gavin “lived longer in his 1.5 years in OU than he did in his first 18 years of life.”

“I can find solace in the idea that he can now live among the clouds he loved so much,” said Evan Short.

The OU Faculty of Atmospheric and Geographical Sciences released a statement saying that as the final weeks approached, advice was available “as we have all suffered this unthinkable heartbreak”.

“Our community in Atmospheric and Geographical Sciences is very close, and our School of Meteorology is a family. Now more than ever, we must unite in kindness and sincere support for one another. Please join us in offering thoughts and prayers for those most impacted and providing them with privacy,” the statement said.

Members of the weather and weather community took to Twitter on Saturday to express their condolences over the news.

Chris Dixon, a fellow meteorology student at OU, was part of a separate group of students chasing the storm on Friday. He saw his first tornado over Andover, Kansas, but woke up Saturday to learn that three colleagues had died.

“Words cannot describe this roller coaster of emotions from one of the highest points of my life to one of the most serious ones close to home,” Dixon wrote on Twitter Saturday.

A well-known storm chaser and former OU meteorology student, Reed Timmer, called the students’ friends and said they are close to his heart.

“My thoughts and prayers go out to their families and friends,” Timmer said.