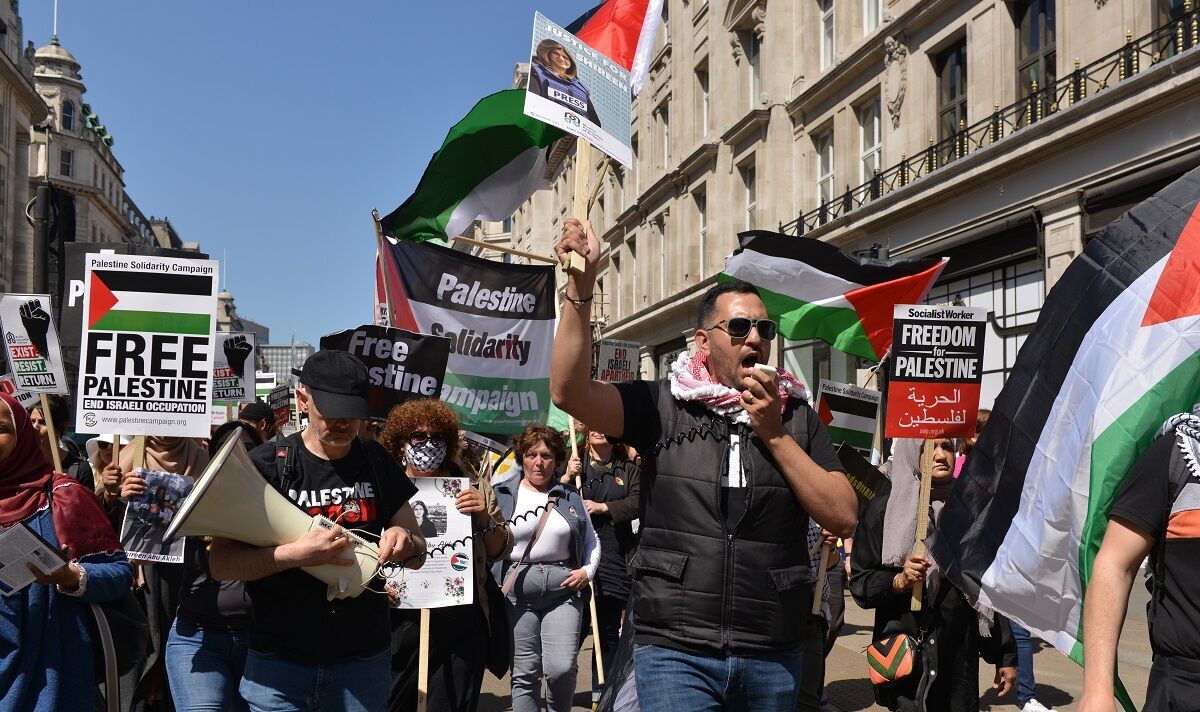 Abu Akleh, 51, was shot in the head while reporting in the West Bank city of Jenin on Wednesday morning, despite wearing a blue helmet and a vest with the inscription “Press”. The Israeli military said an initial investigation showed intense shooting was underway about 150 meters from where she was killed.

But journalists with Abu Akleh said there was no fighting nearby and that they were targeted by Israeli troops.

Protesters gathered for a vigil outside the BBC’s Broadcasting House on Portland Place in London at noon on Saturday, holding up blue vest signs reading “Press”.

This came a day after the coffin bearers left Abu Akleh’s coffin after Israeli police stormed his funeral procession in Jerusalem with their batons in hand.