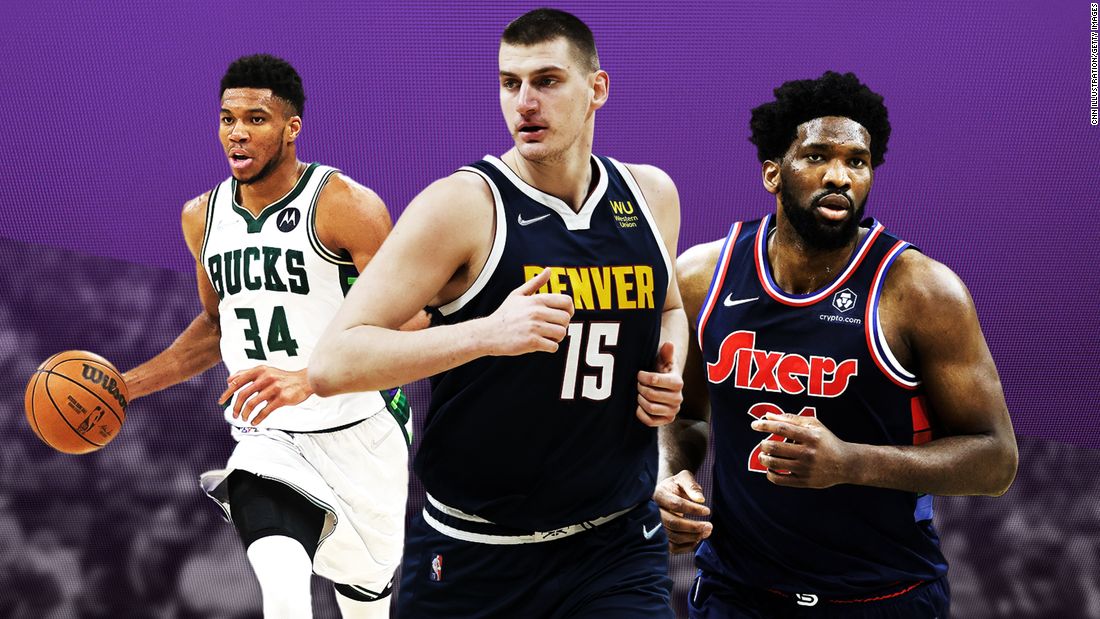 Away from the glitz and glamor where he shows off his many skills, Nikola Jokic is being presented with the trophy given to the Most Valuable Player (MVP) in the National Basketball Association (NBA) outside a stable in his home country.

After another dominant year, Jokic was named MVP for the second straight season, becoming the 15th player in NBA history to win the MVP multiple times.

As a young man, Jokic says he never had dreams of playing the sport he excelled at; he was too busy cleaning the stables.

Fast forward to 2022 and Jokic smelling like roses after the 27-year-old great became the second straight player to win in successive seasons, after Milwaukee Bucks star Giannis Antetokounmpo in 2018-19 and 2019-20.

Perhaps most significantly, it also continues a string of non-US winners of basketball’s top individual award and the upward trajectory of a new crop of international stars in the NBA.

Before Antetokounmpo won his first MVP title in 2019, there was a 12-year gap since an international player won the prestigious award, when German Dirk Nowitzki did so as a member of the Dallas Mavericks in 2006-07.

Aside from Nowitzki, Jokic and Antetokounmpo, the only other non-US players to win the MVP award are Hakeem Olajuwon from Nigeria, Steve Nash from Canada and Tim Duncan from the US Virgin Islands (while Duncan is a US citizen and has represented the US in international play , the NBA considers him an international player).

However, this year’s top three for the prestigious Maurice Podoloff Trophy were a wholly international affair, with Jokic defeating Antetokounmpo and Philadelphia 76ers center Joel Embiid. It is the first time that the top three of the MVP voting are made up of international players.

In a league made up mostly of American stars, having a Serbian, Greek and Cameroonian as the league’s top players is a landmark moment for the NBA.

Never before has there been such a concentration of international stars in the NBA. In this year’s All-Star game, there were seven foreign-born players; 30 years ago, there were just two.

In the league’s first season in 1946/47, there were five international players in the league. At the start of this season, there were 109 from 39 countries.

Former NBA Commissioner David Stern saw the potential for global expansion and the opportunity for the sport to expand its boundaries.

Combined with the influence of Dražen Petrović and Arvydas Sabonis – two European players who had successful careers in the NBA in the 1990s and are seen as pioneers in breaking the barrier for the US for many international players to come after them – the league has become a realistic goal for many. In fact, Sabonis’ son Domantas is an All-Star forward currently playing for the Sacramento Kings.

With league offices springing up across the world and the sport becoming increasingly popular in many countries, it’s perhaps not surprising that there has been an influx of international stars – and it’s noteworthy that 11 of the NBA’s last 27 overall picks were born outside the US.

Alongside this year’s international MVP finalists is perhaps the next European player in line for the award: Luka Doncic.

The Slovenian guard for the Dallas Mavericks is enjoying yet another season of extraordinary development.

The 2019 Rookie of the Year – in addition to being a EuroLeague champion and MVP with Real Madrid at age 18 – has almost single-handedly dragged the Mavs into the playoffs so far. And while his slow start to the season has ruled him out of contention for this year’s award, he’s sure to be in contention for years to come.

It is arguable that Doncic, as well as Jokic, Antetokounmpo and Embiid, will benefit from being the only NBA player from their respective countries dominating the spotlight, while their US counterparts will have to vie for attention.

Jokic is comfortably the biggest name in Serbian basketball; Giannis Antetokounmpo – and his two brothers Francis and Thanasis – dominate the Greek NBA scene; and Doncic is the star of Slovenian basketball.

According to the NBA, across all social media channels in NBA Europe, content featuring Antetokounmpo performs 100% better than the average post, while Jokic content performs 10% better.

The ripple effects of this influx of stars, with young basketball players seeing the sport as a potential career path, is the foothold the NBA may need to grow even more with the next generation.

With basketball academies being created all over the world – whether by players or the league itself – who’s to say the next Jokic could be just around the corner?

“If it’s not me, who is it?” Jokic explained when asked if he considered himself a long shot to play in the NBA.

“There’s no way I’m going to come to the NBA and play basketball… from this stable, basically, and now I’m playing basketball in the best league in the world and playing at a high level.”

With some of basketball’s most famous players reaching the end of their careers – LeBron James is 37, Kevin Durant is 33 and Steph Curry is 34 – there could be even more room for a new crop of young international players to take on the mantle of the faces of turns on.

And while they face competition from American talent like Trae Young, Ja Morant, Jayson Tatum and Zion Williamson, the NBA could welcome a new influx of players as the league increases its global status.