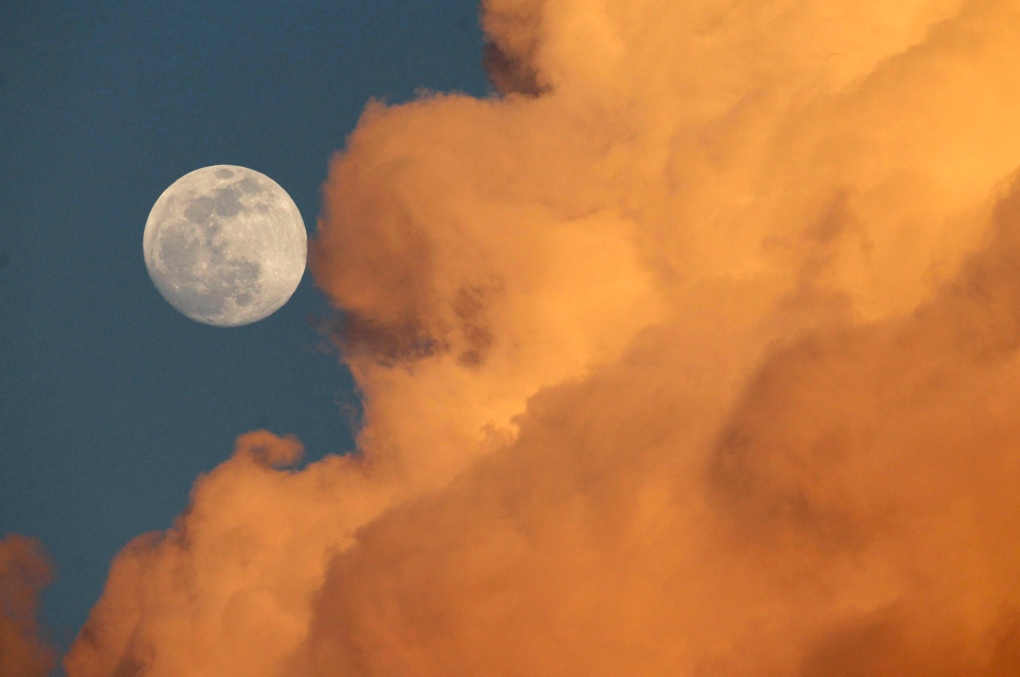 Ancient volcanic eruptions on the moon may provide an unexpected resource for future lunar explorers: water.

Between 2 billion and 4 billion years ago, the moon was a volcanic hotspot. Tens of thousands of volcanoes were erupting on the surface, releasing hundreds of thousands of square kilometers of lava onto the lunar surface.

This activity created huge rivers and lakes of lava similar to the features of modern Hawaii, but on a much larger scale.

“They outperform almost every eruption on Earth,” Paul Hayne, assistant professor in the department of astrophysical and planetary sciences and the Laboratory of Atmospheric and Space Physics at the University of Colorado Boulder, said in a statement.

Hayne is co-author of a new study published this month in The Planetary Science Journal on potential sources of water on the moon.

When these lunar volcanoes erupted, it is also likely that they released giant clouds made of carbon monoxide and water vapor. These clouds moved and could have created thin, temporary atmospheres.

But it is also possible that water vapor deposited on the lunar surface and formed layers of ice that may have existed in craters at the lunar poles today. These ice sheets can be between tens and hundreds of meters thick.

“We envision this as a frost on the moon that has accumulated over time,” lead author Andrew Wilcoski, a doctoral student in the department of astrophysical and planetary sciences and the Laboratory of Atmospheric and Space Physics at CU Boulder, said in a statement. .

If humans had been alive on Earth when this occurred, a shadow of frost might have been visible at the boundary of night and day on the lunar surface, the researchers said.

As NASA’s Artemis mission prepares to return humans to the Moon and land at the lunar south pole for the first time later this decade, that ice could provide fresh water and serve as a resource for rocket fuel, Hayne said.

Previous research has supported the idea that the moon may hold more water than previously believed. Hayne and his colleagues estimated in a 2020 study that nearly 15,540 square kilometers of the lunar north and south poles could hold ice.

The study was included in a NASA announcement that year about the discovery of water on the moon.

Scientists try to find out where the water originated from, which led researchers to the volcano theory. They envisioned clouds of water vapor forming like ice on the lunar surface, similar to how it forms on Earth after a cold night.

Wilcoski and Hayne teamed up with Margaret Landis, a research associate at CU Boulder’s Laboratory for Atmospheric and Space Physics, to model what the moon looked like a few billion years ago.

At the time, the moon was experiencing a volcanic eruption every 22,000 years. The team calculated that 41% of the water vapor released during the eruptions could form ice on the lunar surface.

That’s about 8.2 quadrillion kilograms of volcanic water — more water than Lake Michigan’s current level — turning into lunar ice, according to the study. The thick ice caps may have been visible from Earth.

“Atmospheres escaped over the course of about 1,000 years, so there was plenty of time for ice to form,” Wilcoski said.

While most of this ice may still exist on the moon today, it is likely buried under several feet of lunar regolith, or dust.

“We really need to dig in and look for it,” Wilcoski said.