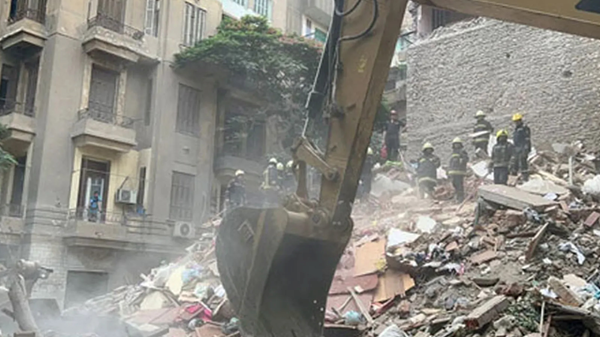 An Egyptian security source said a family of six died in the collapse of an old residential building in east Cairo in the early hours of Friday.
The building consisted of five floors and was located in the Waili district, east of the capital. The source said an order was issued to restore it more than three years ago, but the owner ignored it, adding that one family remained in the building while four families left.
The source told Reuters that civil protection forces had recovered five bodies, with one body still under the rubble, and exhumation work is in progress.
The collapse of the building caused a partial collapse of the balconies of the neighboring property and it was evacuated without causing any injuries.