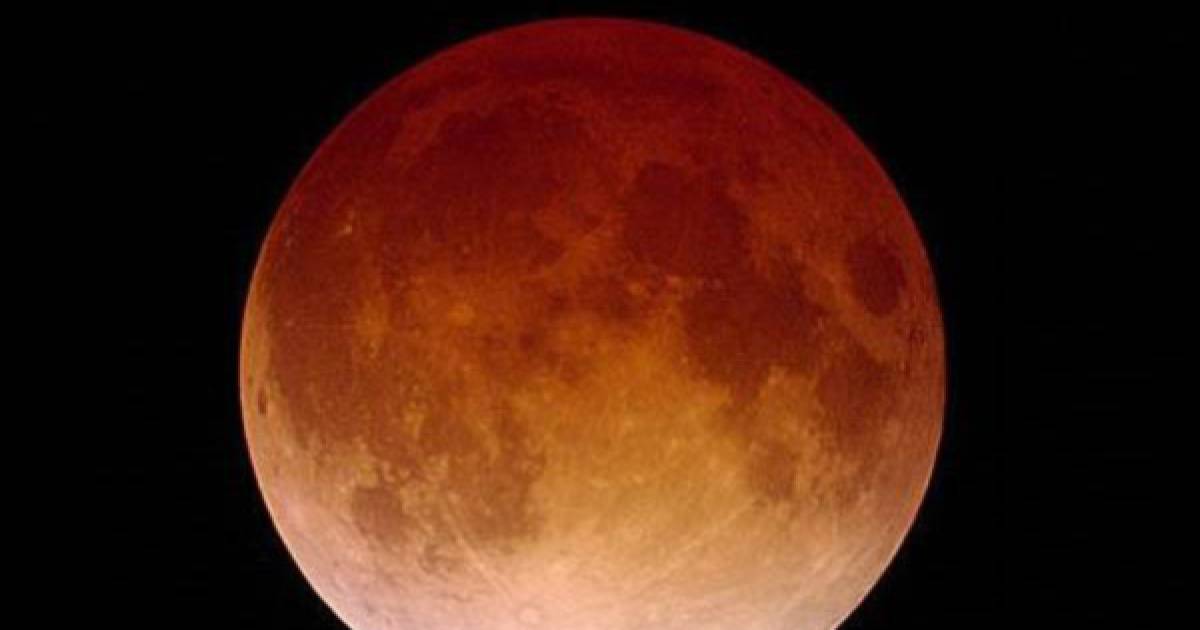 One of the best spectacles in the night sky is a total lunar eclipse.

No special equipment is needed to watch this cosmic programming. In contrast to a solar eclipse, the lunar variety is very safe to witness and enjoy. On the night of May 15, the so-called Full Flower Moon crept into the much larger Earth’s shadow, with the entire event lasting around three and a half hours.

Early civilizations called it the “Blood Moon” as our natural satellite sometimes took on a reddish hue during these cosmic events. Superstition portrayed eclipses as omens of doom and gloom.

The ancient Inca people waved their spears and shouted to scare the jaguar that they thought was eating the moon. Of course, it always worked. Other times, the moon would turn a copper or burnt orange color.

This color variation from one eclipse to another depends on the transparency or thickness of our atmosphere. The colored lunar surface is the result of the refraction of sunlight as it passes through our atmosphere, like when we see a red sunset.

As eclipses were terrifying events for some cultures in the past, Christopher Columbus was able to use an almanac prediction to save his shipwrecked crew from starvation.

Months before the total eclipse of 1504, her crew was stranded off the coast of Jamaica. They were welcomed by the Arawaks and given food and shelter.

In time, half of the crew mutinied and began robbing and even murdering some of the friendly indigenous inhabitants nearby.

Things got dire when the local chief finally withheld the food, resulting in the onset of famine. Columbus knew that the predicted eclipse would occur in a few days and used that to his advantage. He tricked the chief into believing he had the power to turn the moon a terrible blood-red hue.

On the night of February 29, the moon appeared as it entered the Earth’s shadow. This became a major concern for the villagers, who provided food for the crew once again. Columbus waited in his tent until the right moment, as predicted.

A few minutes before the end of totality, he announced that their gods had forgiven them. As he uttered these words, the moon began to emerge from the shadow and looked normal. A rescue mission found Columbus and his crew four months later.

We don’t witness an eclipse every month, because the moon has a slight tilt of its axis as it orbits our planet. However, there are some special times throughout the year when the sun, earth and moon align.

Some of these events are “total” eclipses – where the entire surface of the moon is darkened – but other alignments result in the moon simply cutting through the Earth’s shadow. This is a partial eclipse and can also occur during a solar eclipse.

While not necessary, try to get out of town, away from bright outside light sources, for great digital photography. A cell phone will record the eclipse, but a DSLR camera on a tripod will be needed to capture the lovely Milky Way to the left of the eclipsed and much darker moon.

Use a cable release to open the camera shutter for a few seconds during full. Set the camera to manual and experiment with exposure times. Remember, pixels are free!

Eastern and most of central North America will witness the entire eclipse from start to finish. For mountain and western time zones, the eclipse will be partially underway as the moon rises.

Enjoy this unmissable event if possible. The next total lunar eclipse will take place on November 8 this year and will favor the West Coast.