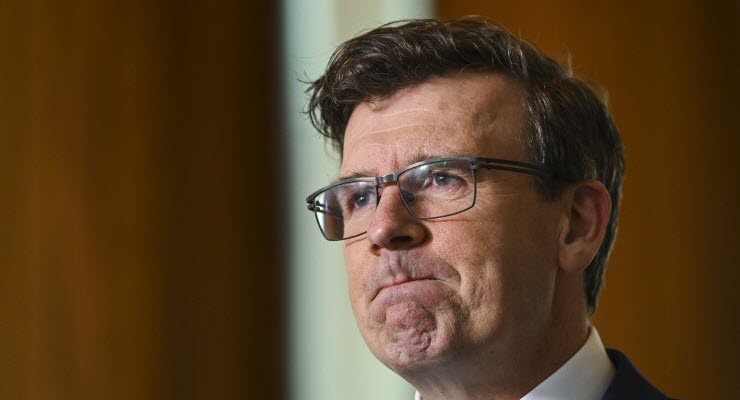 Is he in or is he out? It’s hard to tell if Alan Tudge has stepped away from the cabinet, “technically” seeing out his term from him or welcome back any time.

At Prime Minister Scott Morrison’s press conference announcing the election — we’re already somehow exhausted — there was perhaps only one question that truly piqued our interest: what was the status of former-or-is-that-current Education Minister Alan Tudge ?

Tudge supposedly quit the ministry in March texts surfaced in the Nine papers showing that he had pressured staffer Rachelle Miller — with whom he’d had an allegedly abusive extra-marital relationship — into not disclosing their relationship during a security vetting process. Tudge had “stood aside” from the education portfolio in December last year when the allegations were initially made public.

And yet there was always something a bit vague in his statement that he would not seek a return to the cabinet “before the election”. Morrison, seemingly flummoxed by the question, said Tudge was “still a member of my cabinet”. On the ABC this morning, he added that “technically” Tudge never stopped being education minister: “He has his portfolio dele, we have an acting minister in the education portfolio, he is not being paid as a minister.”

Read more about the state of Tudge…

Already a subscriber? Log in to keep reading.
Or, register your email address for a FREE 21-day trial.