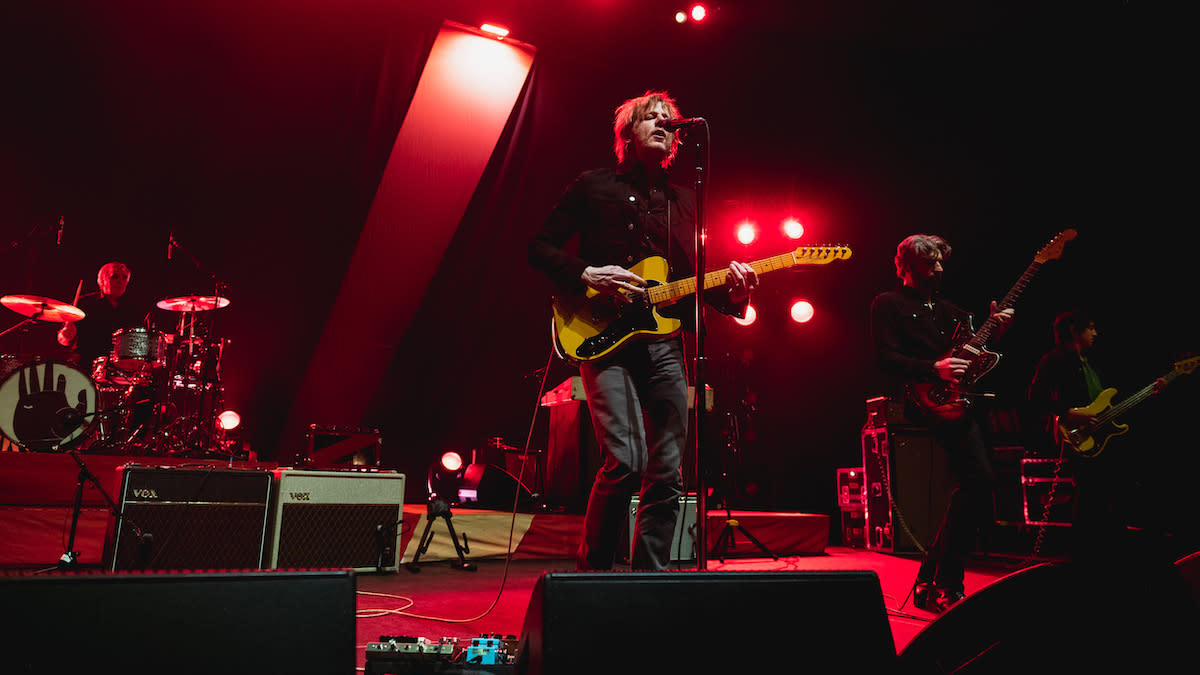 The post Spoon Make Up for Postponement with Flawless Set in New York City: Photos + Setlist appeared first on Consequence.

No matter how careful or vaccinated we are, touring during the pandemic is still not easy. Spoon were recently forced to postpone a trio of shows after her group members tested positive (and her current opener Margaret Glaspy had to drop out of several other shows to the same reason). When they finally got back on track, Britt Daniel’s voice began to crack, causing further more delays.

The show was one of those three postponements mentioned, rescheduled under the mini-tour title “Let’s Try This Again…” Spoon made up for the delay by delivering a fierce set full of hits and surprises. They seemed at the top of their game, COVID be damned, as they ripped through cuts like “The Mystery Zone,” “The Beast and Dragon, Adored” and “My Mathematical Mind.” They also showed a series of Lucifer on the couch tracks, such as the upcoming main set “Wild” and the single “The Hardest Cut”.

Even after a really fantastic set, the band came back with even more surprises during the six (!!) song encore. Opening with a cover of Jon Lennon’s “Isolation”, Spoon soon welcomed Glaspy to a cover of Richard & Linda Thompson’s “I Want to See the Bright Lights Tonight”. In a real treat for the New York crowd, Daniel enlisted his Divine Fits bandmate Dan Boeckner to lead a cover of Wolf Parade’s “Modern World.” Boeckner was left to rock at the end of “Rent I Pay”.

After all these delays and struggles, Spoon came to New York with flaming guitars. It was a quintessential example of how much bands have to fight just to do their job now, and how every moment they actually take the stage becomes so much more powerful.

Check out a photo gallery from the Spoon’s Hammerstein Ballroom show below, followed by the full setlist.

Subscribe to the Consequence of Sound email digest and get the latest music, film and television news, tour updates, access to exclusive giveaways and more straight to your inbox.