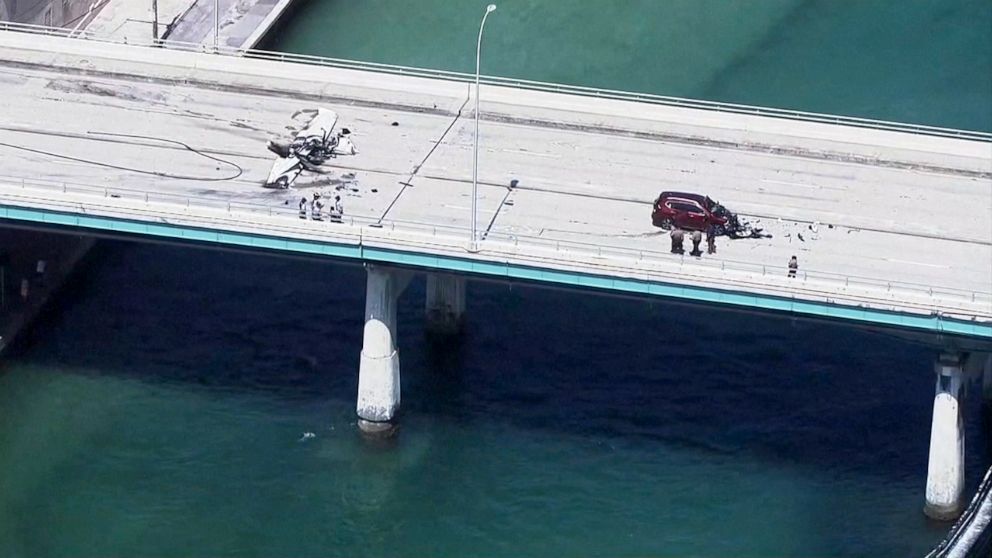 Six people have been injured so far.

Six people were reported injured. His conditions are currently unknown and no fatalities have been reported.

The incident occurred around 1 pm, when a single-engine Cessna 172 lost engine power and landed on the bridge, according to preliminary information from the Federal Aviation Administration.

The plane hit a car during landing, the FAA said.

Video of the crash scene showed the plane in flames and a damaged SUV in the vicinity of the bridge.

After the accident, a 3-mile stretch along the bridge’s route was closed in both directions, police said.

The FAA and the National Transportation Safety Board are investigating the accident.

This is a developing story. Please check back for updates.