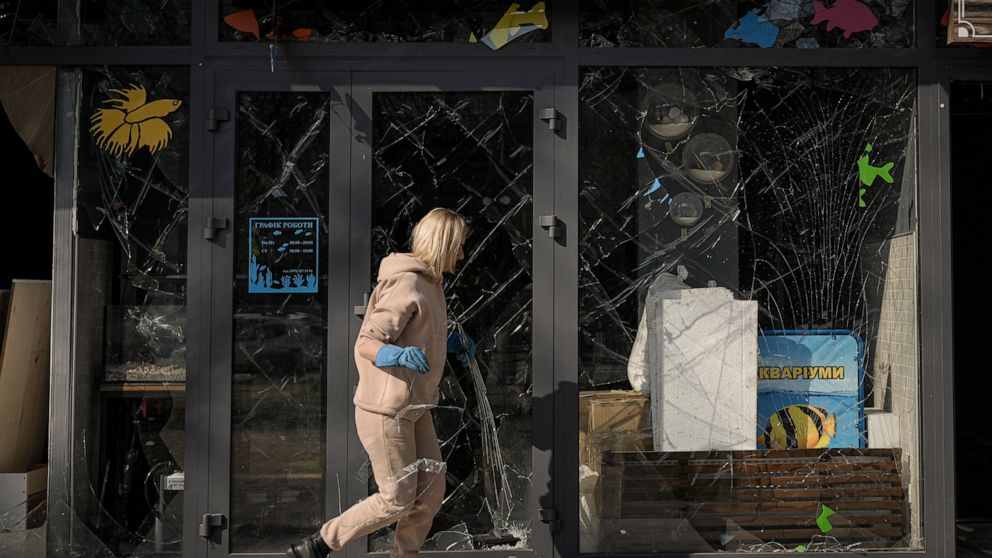 The World Bank says Ukraine’s economy will shrink by 45.1% this year because of Russia’s invasion, which has shut down half of the country’s businesses, choked off imports and exports, and damaged a vast amount of critical infrastructure

LONDON — The World Bank Ukraine says’s economy will shrink by 45.1% this year because of Russia’s invasion, which has shut down half of the country’s businesses, choked off imports and exports, and damaged a vast amount of critical infrastructure.

Unprecedented financial and export sanctions imposed by Western allies in response to the war, meanwhile, are plunging Russia into a deep recession, lopping off more than a tenth of its economic growth, the World Bank said in a report Sunday.

The war is set to inflict twice the amount of economic damage across Europe and Central Asia that the COVID-19 pandemic did, the Washington-based lender said in its “War in the Region” economic report. Besides Ukraine, it focuses on central and Eastern Europe, former Soviet republics, the Balkan countries and Turkey.

“The magnitude of the humanitarian crisis unleashed by the war is staggering,” said Anna Bjerde, the World Bank’s vice president for the Europe and Central Asia region. “The Russian invasion is delivering a massive blow to Ukraine’s economy and it has inflicted enormous damage to infrastructure.”

The report said economic activity is impossible in “large swaths of areas” in Ukraine because infrastructure like roads, bridges, ports and train tracks have been destroyed.

Ukraine plays a major role as a global supplier of agricultural exports like wheat but that’s in question now because planting and harvesting have been disrupted by the war, the report said. The war has cut off access to the Black Sea, a key route for exports, including 90% of Ukraine’s grain shipments, it said.

“The war is having a devastating impact on human life and causing economic destruction in both countries, and will lead to significant economic losses in the Europe and Central Asia region and the rest of the world,” the report said.

Belarus, Kyrgyzstan, Moldova and Tajikistan are also forecast to slide into recession this year, while economic growth projections have been cut for the region’s other economies because of the war’s ripple effects.

The World Bank said the humanitarian catastrophe is the biggest initial shockwave from the war and will likely be its most enduring legacy, as the wave of refugees fleeing Ukraine is “anticipated to dwarf previous crises.”

More than 4 million people have fled Ukraine, with more than half going to Poland and others heading to countries like Moldova, Romania and Hungary. An additional 6.5 million have been displaced internally. Those numbers are expected to swell as the war drags on, the World Bank said.

The report issued a stark warning that “the war will increase poverty in the region due to the recession and food price inflation.”

Beyond the humanitarian crisis, the lender said “the war is also delivering a sizable blow to the global economy through multiple channels.”

The war and sanctions have scrambled global trade routes and pushed up shipping and insurance costs, “which magnifies strains on global value chains,” the report said, noting that industries getting hit include food, automobiles, construction, petrochemicals and transport.