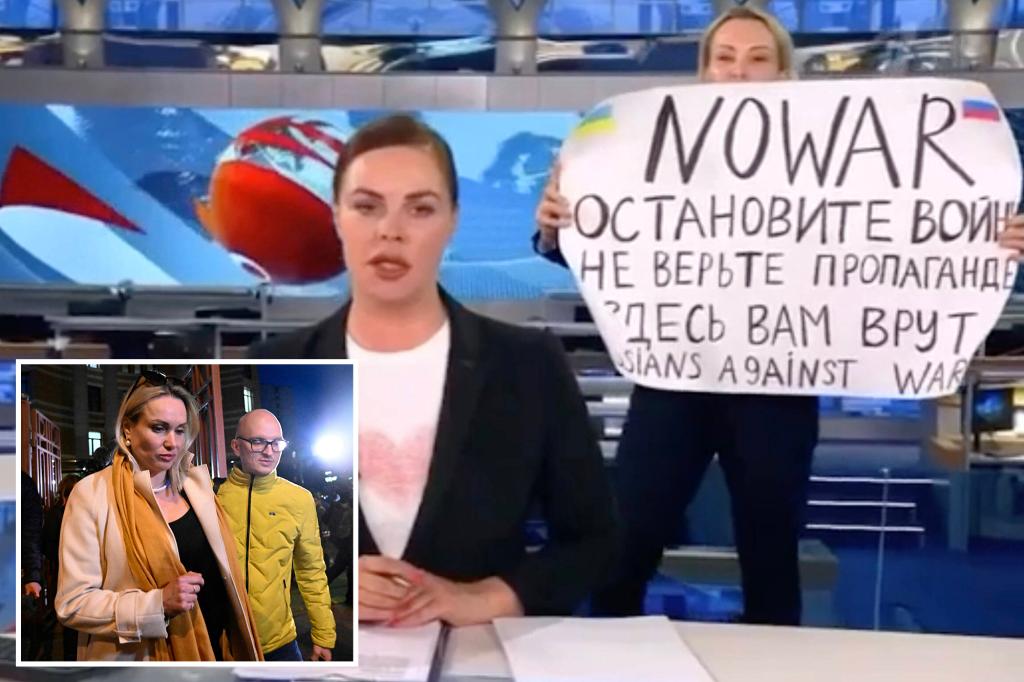 The brave Moscow broadcaster who staged a live on-set protest of Russia’s war on Ukraine has a new job with German newspaper Die Welt, which ran her first front-page report Monday.

Marina Ovsyannikova, 43, “is now a freelance correspondent for Die Welt, reporting from Ukraine and Russia, among other places”, the newspaper said in a statement to Agence France-Presse.

The defiant journalist — who ran onto the set of Russia’s main state news broadcaster carrying signs including “NO WAR” — will write for the paper as well as be a regular contributor to its TV channel, the company said.

Die Welt’s editor-in-chief, Ulf Poschardt, praised Ovsyannikova’s “courage at a decisive moment,” saying she had “defended the most important journalistic virtues — despite the threat of state repression”.

The paper heralded its new hiring with a front-page photo of Ovsyannikova alongside her first column.

The paper noted how her protests against the war her life, with her column explaining “why she had to take this step and what triggers the Kremlin’s propaganda in the population.”

In it, she detailed how she has been damned as a traitor in her homeland — while Ukrainians remain suspicious, calling her a Russian spy.

Ovsyannikova was an editor at Russia’s Channel One television when she barged onto the set of its flagship Vremya (Time) evening news in March holding a poster reading “No War” in English.

She was detained and questioned for 14 hours before being released and ordered to pay a $280 fine.

She could still face further prosecution, risking years in prison under draconian new laws banning news reports which defy the Kremlin’s pretense it is not at war or targeting civilians.

Ovsyannikova said Die Welt “stands for what is being defended so vehemently by the courageous people on the ground in Ukraine right now: for freedom.”

“I see it as my task as a journalist to stand up for this freedom,” she said, according to AFP.