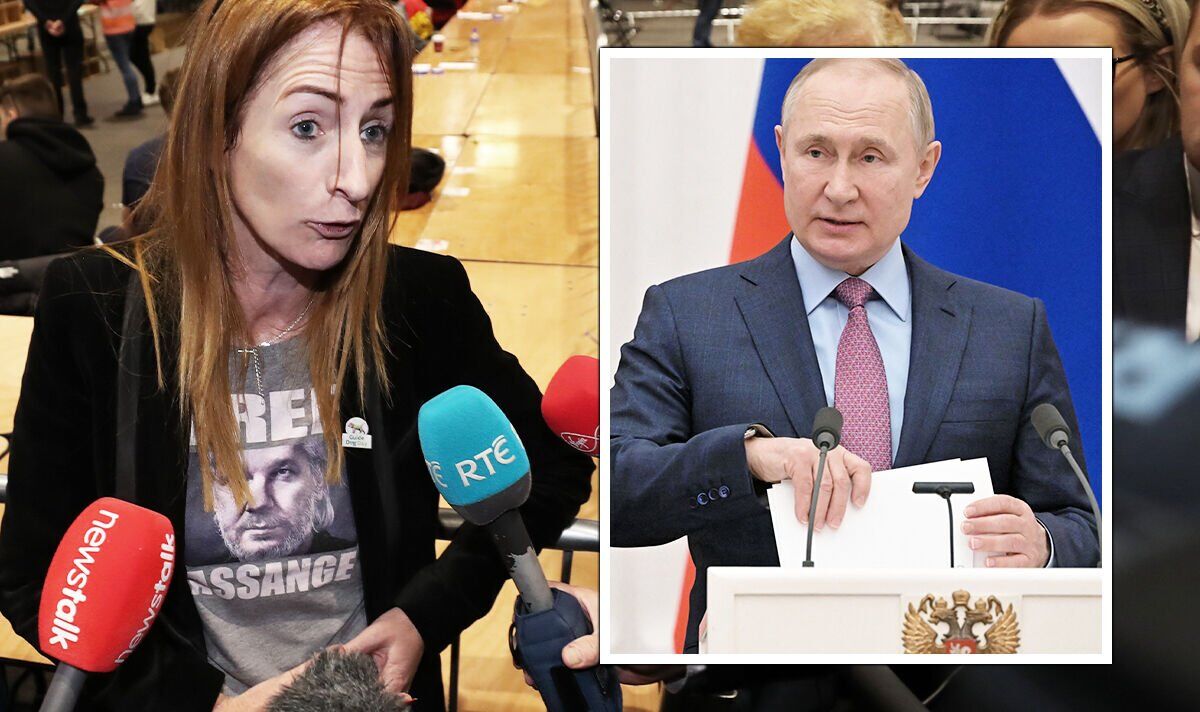 Left-wing party MEP Clare Daly told the European Parliament this week that the response in the West to the war in the East has been “hysterical”, insisting that many are “happy to see Europe flunked out of undermining Russia”. She urged that the war was a “God’s godsend” for groups in Europe and the US, including NATO that has “shirked being obsolete” and arms manufacturers that are swimming in “blank checks”.

Mrs. Daly argued that Ukraine could only lose the war and emphasized: “We don’t need this madness anymore, we need a change of tact, not to deepen it.

“We need to end this indebtedness. We need diplomacy, de-escalation and multilateralism.”

It gained few allies by arguing against Ukraine’s increased defensive capabilities against Russia.

SNP councilor Ruairi Kelly added that the MEP was “a national disgrace”.

Some Western officials, however, have noted their hunger for the extent of the current state of affairs in order to punish Vladimir Putin and prevent him from acting in a similar way again.

A senior UK diplomat told Spectator editor Fraser Nelson, writing in the Telegraph: “If you look at all the options, our strategic interest is likely to be best served in a long war.”

They added that this can be seen as “a quagmire that drains [Putin] militarily and economically so he can’t do it again.”

He wrote in the Guardian: “Russia’s progress may be slowed down, but it is highly unlikely that it will be stopped, let alone expelled from Ukraine, and in the meantime, the crushing destruction and heinous war crimes will continue…

“The important thing is to talk instead of fighting.”

Roxburgh also noted that many Westerners “fail to address these issues” of peace, as they appear to be “rewarding Putin” and prefer to let Ukraine fight “in the hope of defeating Russia”.

French President Emmanuel Macron, who appears to have spoken to Putin more than any other Western leader before and since the launch of the invasion, has drawn much criticism for this fact, being called “Putin’s puppet” by some.

Earlier this month, Macron urged the West not to “humiliate” Putin, “so that on the day the fighting ceases, we can build a way out through diplomatic channels.”

Ukrainian Foreign Minister Dmytro Kuleba responded that the West should “focus better on how to put Russia in its place” as it “humiliates itself”.