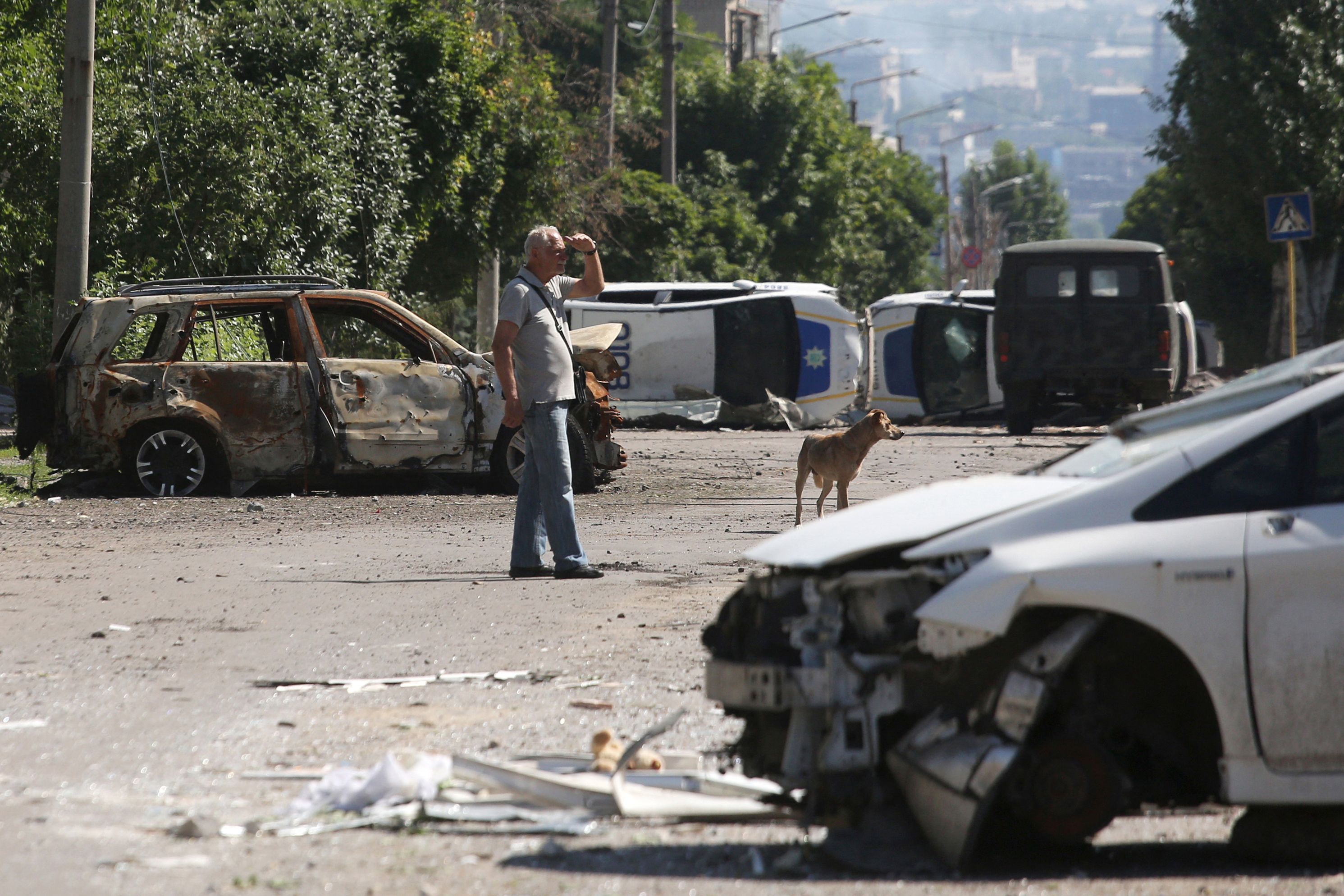 Researchers at a US think tank expect the Russian military to reach the eastern Ukrainian city of Lysychansk within days, bringing Moscow closer to establishing dominance over the strategically critical region.

The Institute for the Study of War (ISW) on Wednesday published research showing Russian forces approaching Lysychansk. The city is located near Severodonetsk, which has seen heavy fighting as Russia tries to assert control over eastern Ukraine. While the development could spell a setback for Ukraine, the report does not point to an easy victory for Russia.

“Russian forces continued to make gains south of Lysychansk and are likely to reach the city in the coming days, although they are unlikely to quickly capture the Severodonetsk-Lysychansk area,” the Washington, D.C. think tank’s report reads.

Ukrainian forces are currently engaged in a fierce battle for Severodonetsk. The city became strategically vital as Russia turned its war effort towards the Donbas region of eastern Ukraine. Russia’s capture of Severodonetsk and its twin city Lysychansk would bring the entire administrative district of Luhansk under the Kremlin, handing Moscow a significant victory after initial setbacks.

During their offensive, Russian forces stepped up efforts to interdict Ukrainian communication along the T1302 Bakhmut-Lysychansk highway in order to clear the way for their advance towards Lysychansk, according to the ISW.

ISW research points to a post by Russian Telegram channel Rybar stating that forces have taken control of areas about 6 miles south of Lysychansk.

“Lysychansk continues to suffer from enemy bombing. In just a few days, the orcs have wreaked havoc on the city,” Luhansk governor Serhiy Haidai said in a Telegram post on Wednesday, using a common derogation for Russian soldiers.

A day earlier, Haidai posted that the Russians were gaining a foothold in nearby towns to advance into Lysychansk.

ISW said in its report that Haidai’s Telegram posts suggest that the Twin Cities are not fully surrounded and that Ukrainian forces are still in control of the area southwest of Severodonetsk along the east bank of the Siverskyi Donets River.

The ISW report claims that Russia’s air defense systems in eastern Ukraine are thwarting Ukrainian drones and undermining the country’s military capabilities. It also claims that the Russian military community has reported that the authorities are having trouble filling the ranks of their armed forces and are sending under-trained recruits while relying on “forcefully mobilized personnel”.

According to the report, personnel challenges “are having tangible impacts on the morale and discipline of Russians fighting in Ukraine.”