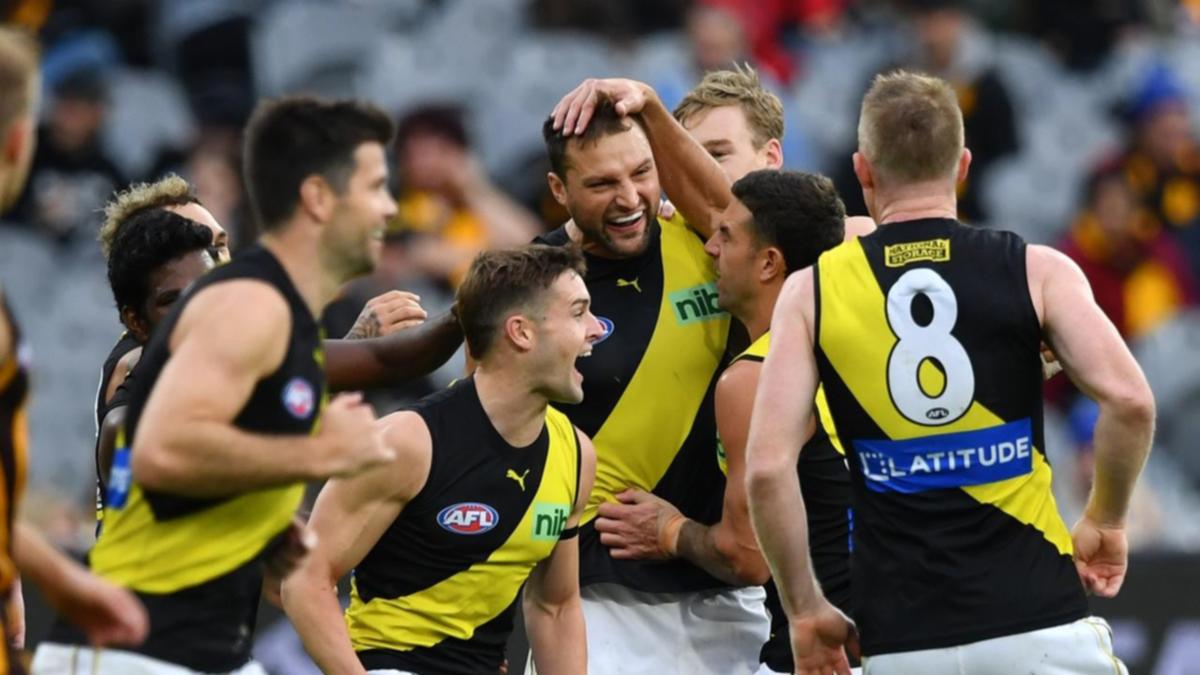 Richmond survived a late scare to beat Hawthorn by 23 points in their AFL showdown at the MCG.

As the Hawks pressed on, Jason Castagna smothered a Denver Grainger-Barras kick on defense and then scored to kill the challenge.

The Hawks could have put Richmond under even more pressure late in the game, but James Worpel took a shot at goal.

Bolton’s second term was critical for the Tigers and he finished with two goals as co-captain Toby Nankervis dominated the ruck and Dion Prestia successfully returned from injury.

Hawthorn troubled Richmond early on and led by seven points at the first break, but took a big hit from the quarter-time siren when Jack Gunston was injured in a marking dispute.

Gunston tried to make a comeback at the start of the second period, but it only lasted a few minutes before limping out and being substituted.

Despite losing one of their most experienced players, the Hawks kicked the first three goals of the second quarter to lead by 25 points.

Then the Tigers scored two goals against the run of play, first a football-style shot from Jack Graham and then an impressive shot from captain Toby Nankervis.

Suddenly, Hawthorn’s momentum was gone and with Bolton roaring at high speed, the Tigers took control.

Richmond kicked six goals to four and had a six-point lead in the main break, expanding to 19 points on the last change.

Dustin Martin scored a weird goal in the third, while at the other end Sam Butler of Hawthorn was denied a goal on his debut by first-match teammate Bigoa Nyuon.

The Richmond backman created enough doubt with his desperate lunge at the goal line for the score to be confirmed in a video review.

Tom Lynch kicked four goals for Richmond, but quarterback James Sicily was solid with him and was the Hawks’ best player.

The Tigers lost Noah Balta in the third quarter with a hamstring injury.