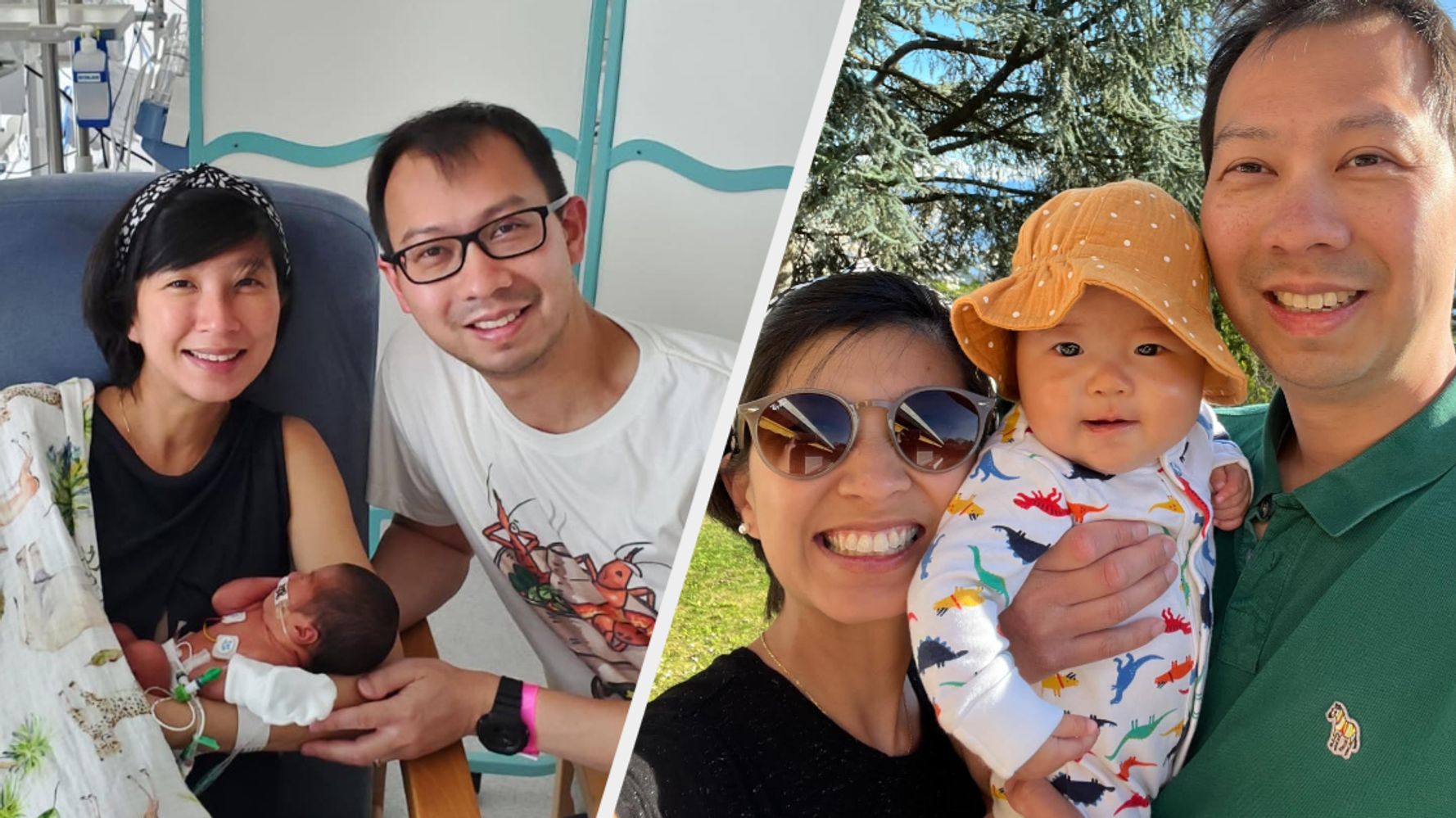 Every new parent imagines what it will be like to bring their baby home for the first time, but for newborn parents the experience is different. That’s because they have to wait days, weeks or sometimes months to get to that special moment.

When Nick Jonas and Priyanka Chopra shared on Instagram that her little girl was finally home after more than 100 days, brought back to me the complex emotions of coming home with my own baby from the neonatal intensive care unit – or NICU as it is known.

In September 2021, I gave birth to my son six weeks prematurely, and for almost a month my husband Jamie and I spent every day in the hospital, wishing he could come home with us. But bringing him home wasn’t quite the newborn baby bubble I had imagined.

The day we brought Seb home after 24 days of neonatal care should have been one of the happiest of our lives, but instead I remember feeling a huge sense of guilt. On paper, we were among the “lucky ones” – steroid injections meant that Seb’s lungs fully developed and he was born able to breathe unaided. He also wasn’t struggling to gain weight, one of the main reasons premature babies are often kept in neonatal care.

Don’t get me wrong, our journey was far from easy, but when we were finally told we were being discharged, I felt guilty about going home when there were other babies who still had weeks to go in the hospital.

During Seb’s entire stay, I also felt guilty for dropping him off at the hospital every day and returning home to what felt like my “old” life. While most new parents spend sleepless nights with a newborn, I was still eating with both hands and watching Netflix nonstop. I became a mother, but I felt like a fraud because I didn’t have a baby at home to show.

Dianne and Min Wei, from Tunbridge Wells, Kent, spent 39 days in the NICU when their daughter Maiya was born at 32 weeks, and Dianne also struggled to stay home without the baby.

“Coming home without Maiya was very strange,” she says. “Our lives were on hold because we only felt like parents to her when we were with her in the hospital. When we got home, we felt guilty and almost like we were ‘cheating’ for getting a full night’s sleep. However, those first few weeks gave us time to recover and get everything ready before Maiya returned home.”

So those first few weeks with Seb at home (and this is probably going to sound weird), I missed the hospital. We were so used to having someone take care of our baby 24/7, and suddenly it was gone.

Dependence on NICU monitors and alarms was also a difficult habit to shake – in the hospital, at the slightest drop in heart rate or oxygen, an alarm would sound and a nurse would be there. Now, we didn’t have that comfort, and I was very anxious.

Dianne experienced similar. “We felt great relief that we could finally all be together in the comfort of our own home, but also anxious that Maiya was now in our care and we no longer had the support we had in the NICU,” she says. “While we were happy to no longer need to visit the hospital, we were anxious about Maiya’s weight gain as this was a big challenge for her.”

For Libby Monks, 36, of Salisbury, bringing her baby Rosalie home from the NICU after nine days was an extremely emotional but anxiety-inducing moment, as her nephew Teddy passed away in a neonatal unit at just three days old.

“Because of what happened with Teddy, I was scared of the NICU or anything wrong with my baby,” she says.

“We had a false start when we were supposed to be discharged and we were told we would have to stay one more night. I remember sobbing and saying, ‘I just want to go home, we have to get home with her.’ My original birth plan included my mom coming down to support us after the birth and for her to stay up all night making sure Rosalie didn’t stop breathing like Teddy did, so there was a lot of trauma there.”

As soon as we got home with Seb, I realized how many moments we missed during those first few weeks, and I was jealous when other friends brought their newborns home almost immediately and shared pictures of them. Because of the premature birth, I missed the baby shower, didn’t even get to the “nesting” stage of the pregnancy (we were renovating the house when he arrived), and we didn’t do things like change his first diaper, which made me strangely sad.

Libby also felt like she had missed some milestones due to Rosalie’s admission to the hospital, so when they were discharged, she wanted to make sure that no one else she met there felt the same way.

“So many of Rosalie’s debuts were at the NICU and while I was there, I couldn’t take a cute picture and post it on Facebook. I ended up buying about 25 sets of milestone cards as a thank you to the NICU unit and so other parents wouldn’t have to lose in the future.”

The NICU experience is intense and many parents find it easier to talk to others who have gone through the same thing. I found that some friends and family did not “understand” how traumatic the experience had been. Other NICU parents just understood.

That said, sometimes talking about milestones with other newborn parents can become competitive, especially with premature babies who are both a ‘real’ and a ‘corrected’ age based on their original due date. Despite reminding myself that all babies, premature or not, develop at different rates, I found myself comparing Seb to the other babies in the NICU, worrying if he was on the right track, and then experiencing survivor guilt all over again when he gained weight faster or slept better than others.

While I would not wish the neonatal experience on any parent, I received many positives from our time in their care. Of course it was horrible to come home without a baby night after night, but when Seb was home, my body started to recover from labor and things like carrying him were a lot easier than they could have been if we had brought him home. the next day. day after he was born.

They also showed us how to change his diapers, bathe him and dress him in the hospital – all things we would have had to navigate on our own if circumstances were different.

For Libby, her first positive experience in the NICU meant she was mentally prepared when, three years later, she gave birth to twins at 32 weeks, and they spent four weeks in neonatal care.

“A lot of concern was taken away from a second admission to the NICU because we had been there before and knew the care was exceptional,” she says. “With my boys, I had the insight to use the NICU almost as a transition zone. I was able to bond and feed them, but I didn’t have the responsibility of being the primary caregiver, as the fantastic staff at the NICU did that.”

On Instagram, Nick Jonas has referred to his family’s journey as a “roller coaster” and he’s not wrong – but whenever that NICU baby finally comes home, the ride really begins…