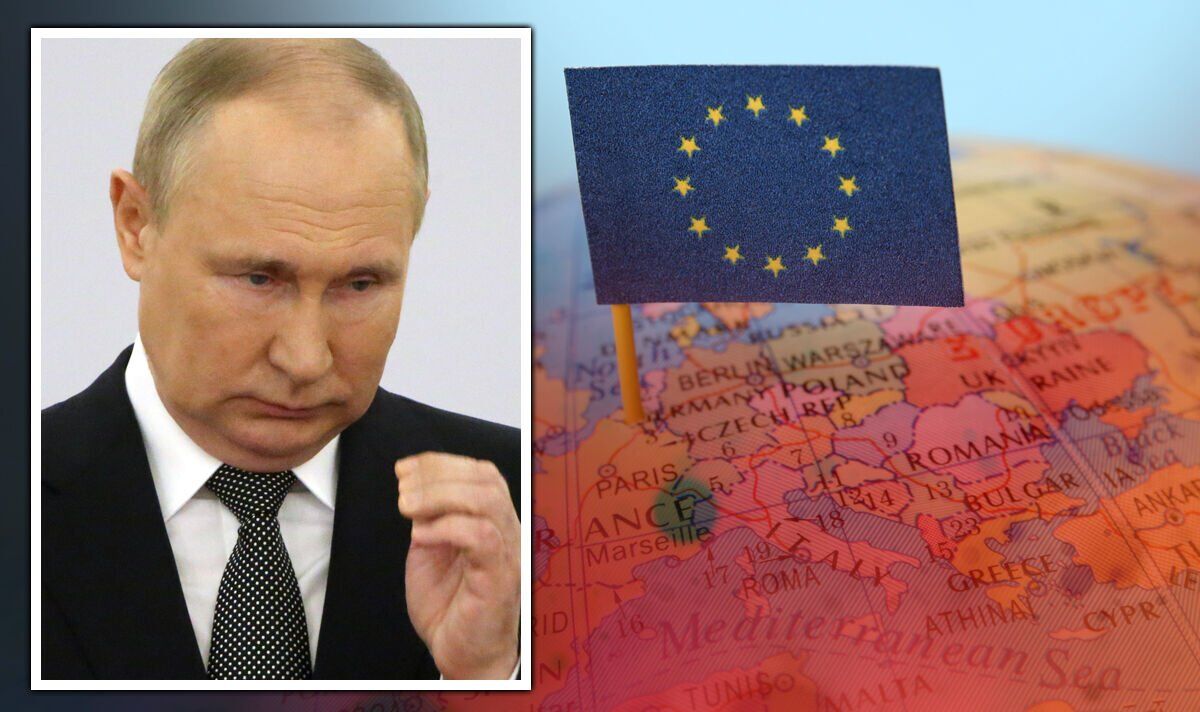 Russia “strategically lost” the war in Ukraine, Admiral Sir Tony Radakin said today. Vladimir Putin sent his forces into the country in February, and although they are now making progress in the east, major cities such as Kyiv and Kharkiv remain firmly under Ukrainian control. Sir Tony said: “This is a terrible mistake by Russia. Russia will never take control of Ukraine. “Russia has already lost strategically. NATO is stronger, Finland and Sweden want to join.”

While many in the West can see Putin’s failings, it appears the Russian president remains determined to restore Russia’s control over Eastern Europe.

According to Ukrainian intelligence, Putin will target Lithuania – an EU country and a member of NATO – next.

Oleksiy Danilov, secretary of the National Security and Defense Council, quoted information gathered in making the bold statement and said: “What we understand and what our intelligence provides: today we are talking about Lithuania.

“The Russian Federation will not stop. They have the following objective – if they win, God forbid, on our territory, the next country Putin will want to capture will be Lithuania itself.

According to him, the Baltic states and Poland will follow.

He added: “It will all depend on how NATO behaves. Today, NATO’s behavior is a little strange. They believe they will be overtaken by this fate.

“Today, the security of not only Europe but also the NATO countries located on the European continent rests on our shoulders.

“We understand that, we ask you to help us. You don’t feel like fighting, we are ready to fight ourselves.

“Give us modern weapons so that we can destroy the enemy. This is the only thing we ask for today.”

The Baltic states have suffered from Russian hostility for decades.

All are now members of the EU and NATO, but in June 1940 they were invaded and occupied by the Soviet Union and after World War II.

They remained part of the Soviet Union until its collapse in 1991.

NATO nations fear that Russia could try to take control of the Suwalki gap to cut off the Baltic states from the rest of Europe.

The Suwalki Rift (also known as the Suwalki Corridor) separates the Russian enclave of Kaliningrad on the Baltic Sea from Belarus.

If Russia decides to invade Lithuania, NATO’s Article 5 establishes the alliance’s ‘Collective Defense’ mechanism, which states that an attack on one nation is an attack on all.

Lithuanian President Gitanas Nauseda urged the US in March to increase its support for the country, warning that “deterrence is no longer enough and we need more defense here, otherwise it will be too late here. Putin will not stop at Ukraine; he won’t stop.”

Putin aroused concern earlier this month when he compared himself to Peter the Great, the former Russian emperor who turned the country into a global power.

The Russian president appeared to suggest that he might follow in the footsteps of the historical figure.

He said: “Peter the Great fought the great northern war for 21 years. It seems he was at war with Sweden, he took something from them.

“He didn’t take anything from them, he came back [what was Russia’s].

“Apparently, it is also our luck to return [what is Russia’s] and strengthen [the country].

“And if we start from the fact that these basic values ​​form the basis of our existence, we will certainly be able to solve the tasks we face.”

Speaking to Express.co.uk last week, expert Olga Lautman warned that Putin will “expand” the war to other countries if he can.

She warned that the Baltic states, Poland, Moldova and Georgia were among those at risk.

“Then, of course, Poland, we heard the former Russian Prime Minister Medvedev’s comments about Poland.

“We also saw the threats against Finland and Sweden because they wanted to join NATO, and you also have the Baltic countries.”