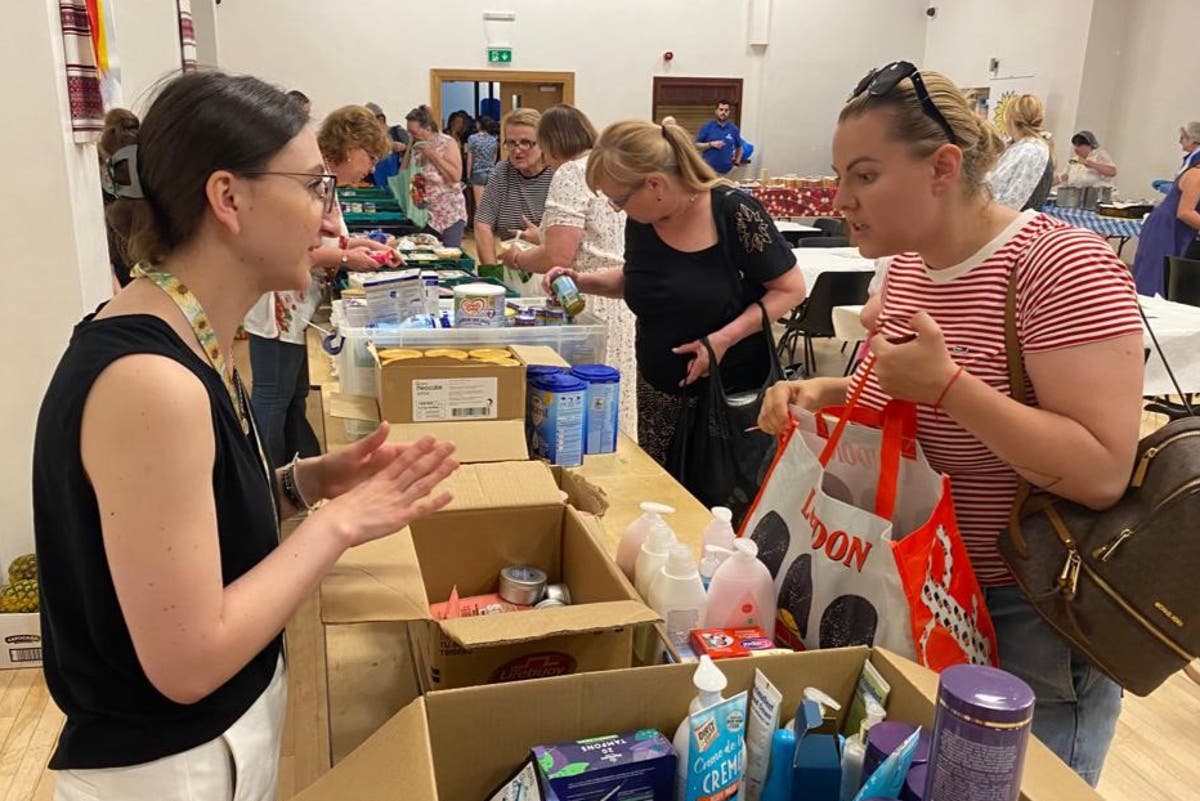 Project Felix worked with the newly created Ukrainian Welcome Center to provide food and support as displaced Ukrainians make a new home in the capital after escaping their war-torn country.

Last Friday, around 150 women and children enjoyed a hot dinner of pork, vegetable stews, rice and boiled potatoes and served by the food redistribution charity and volunteers from the London branch of the Association of Ukrainians in Great Britain. -Brittany (AUGB) in Holland Park.

Families also picked up groceries from a “minimarket” set up with surplus food from restaurants and supermarkets and other supplies.

The event will be held weekly at the reception centre, launched two weeks ago as a joint project between AUGB and the Catholic Eparchy of the Holy Family of Ukraine.

A meal will be provided this week with the help of Hello Fresh, who deliver a large amount of high quality meat and fish, dairy, fruit and vegetables to the charity directly from their Banbury warehouse each week.

AUGB vice president Anna Dezyk told Standard that many guests had lived in England for just two weeks before coming for the meal.

“We’re helping because they came here with nothing but a suitcase, and often just winter clothes.

“Many of them talk about what they left and what they lost. Some say: ‘My house was bombed, I had a beautiful apartment, it no longer exists’.

“Just listening to people is important.”

Project Felix Community Partnerships Manager Damien Conrad said: “For the displaced, seeing Londoners showing solidarity and fighting their singing is an important part of their rehabilitation.”

The charity uses staggering food surpluses in London to fight food poverty, turning an environmental problem into a social solution.

It was supported from the start by our 2016 Food for London campaign and again in 2020 by our award-winning Food For London Now campaign in partnership with our sister newspaper The Independent, which helped The Felix Project raise an extraordinary £12 million and led to a quadrupling their food redistribution.