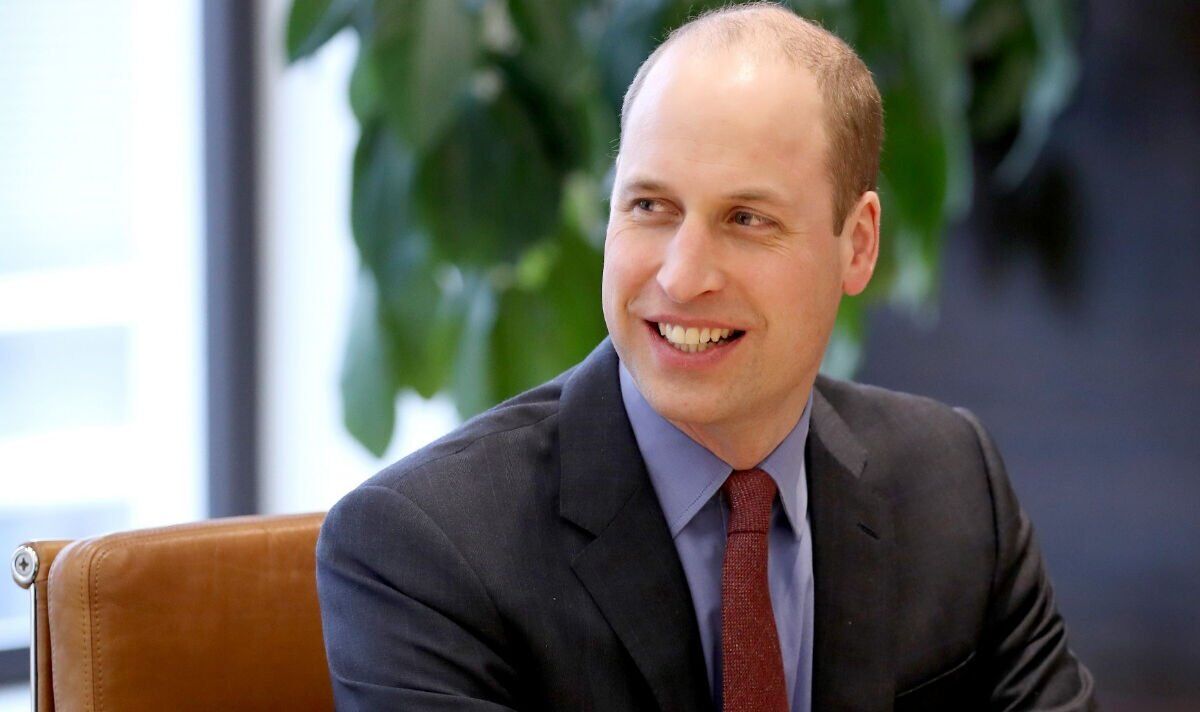 A painting of Prince William and Kate Middleton, commissioned last year, was presented as a gift to the people of Cambridgeshire. It showed a Duke of Cambridge in a suit side by side with his wife in an emerald dress Kate.

The portrait was painted by award-winning artist Jamie Coreth.

Coreth has been described as “one of Britain’s leading portraitists” who “focuses on the character of his models, evoking a sense of their presence in his work” on his website.

He met with the Duke and Duchess as the couple viewed the painting on Thursday.

JUST IN: ‘So deeply appreciated’ Meghan Markle sends wishes to US mothers in ‘heartbreaking’ tribute

Coreth added: “I wanted to showcase Their Royal Highnesses in a way that made them look relaxed and approachable, as well as elegant and dignified.

“As it is the first portrait to depict them together, and specifically during their time as the Duke and Duchess of Cambridge, I wanted the image to evoke a sense of balance between their public and private lives.

“The piece was commissioned as a gift to the people of Cambridgeshire, and I hope they enjoy it as much as I enjoyed creating it.”

Coreth’s portrait will be on loan to the National Portrait Gallery during 2023, when the gallery reopens its doors.

DON’T MISS IT
How much does the Royal Family cost the UK taxpayer? [ANALYSIS]
Can the queen declare war? [EXPLAINER]
Harry should apologize to William, but ‘too late’ [POLL]

Firm fans also took to social media to share their thoughts on the portrait.

Another user, operating under the name @RoyallyBelle_, added: “This is absolutely stunning. I am amazed.”

@DukeandDuchess12 added: “Amazing portrait, the artist managed to make it glamorous at the same time accessible.”