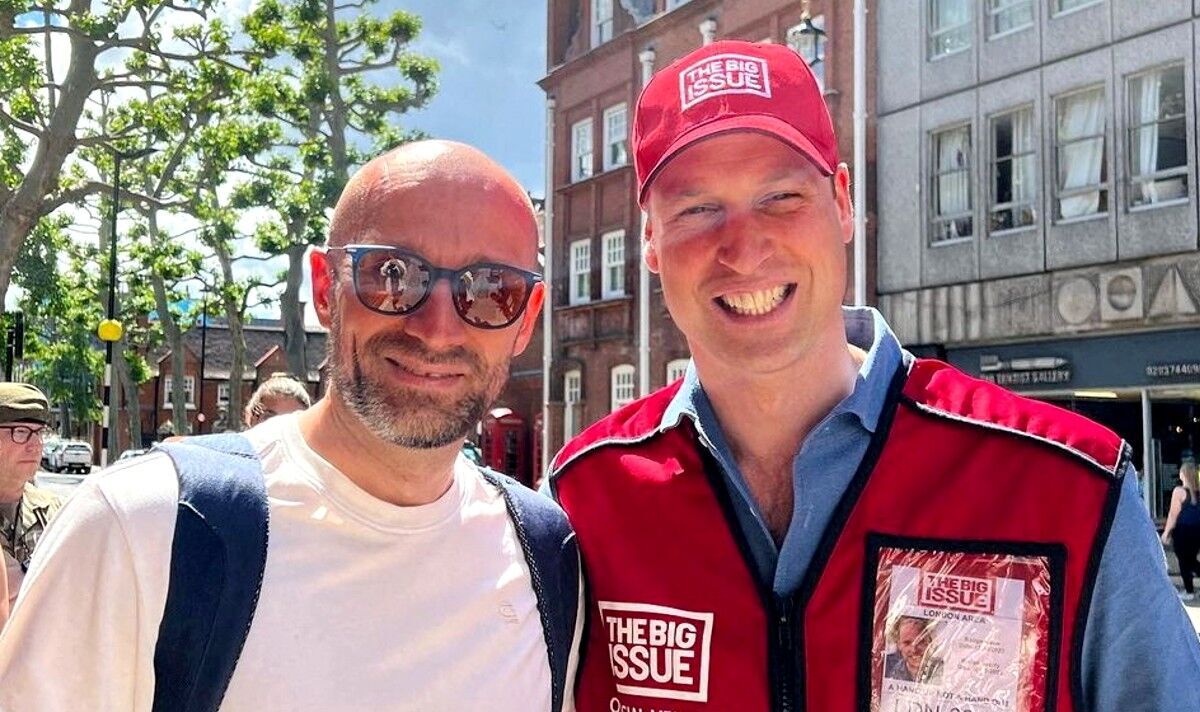 Dave Martin, who joined William on the streets selling copies of the magazine, said the 39-year-old king sold more copies than he did. The 60-year-old salesman said: “William outsold me. That was to be expected. But he was using my card machine, so it didn’t matter.

“So all these sales are recorded as mine anyway. He was a nice guy.”

A passerby, who saw William selling copies of the magazine, described the royals as “absolutely charming”.

Richard Hannant told the Sun that he tried to take a secret photo of him before the Duke crossed the road towards him.

The 47-year-old explained: “I wondered if I was in trouble.

“I turned around not knowing what was coming… and he was absolutely charming.

“It was very surreal. In a very optimistic and positive way, he asked me, ‘May I interest you in buying a copy?’ I said yes, of course.’

“But it was a disaster because, looking at my wallet, I saw that I had no money.

“I showed him my empty wallet, trying not to panic. I said, ‘I don’t have any money!’

Neil Kramer, a taxi driver who managed to take a selfie with the prince, said he was “engaging, polite and never forgot my name”.

He added: “What a lovely surprise on a random Wednesday and after Jubilee celebrations.”

Speaking to the Sun, a source claimed that William – who is believed to have sold all of his copies within an hour – may have broken Big Issue records.

They said, “As you would expect, William has sold a lot of copies. It could be a record amount per hour.

“He drew crowds and managed to monopolize it, taking their money in exchange for a magazine.

“He was also able to take card payments, so he was armed with everything he needed to be a great salesman.”