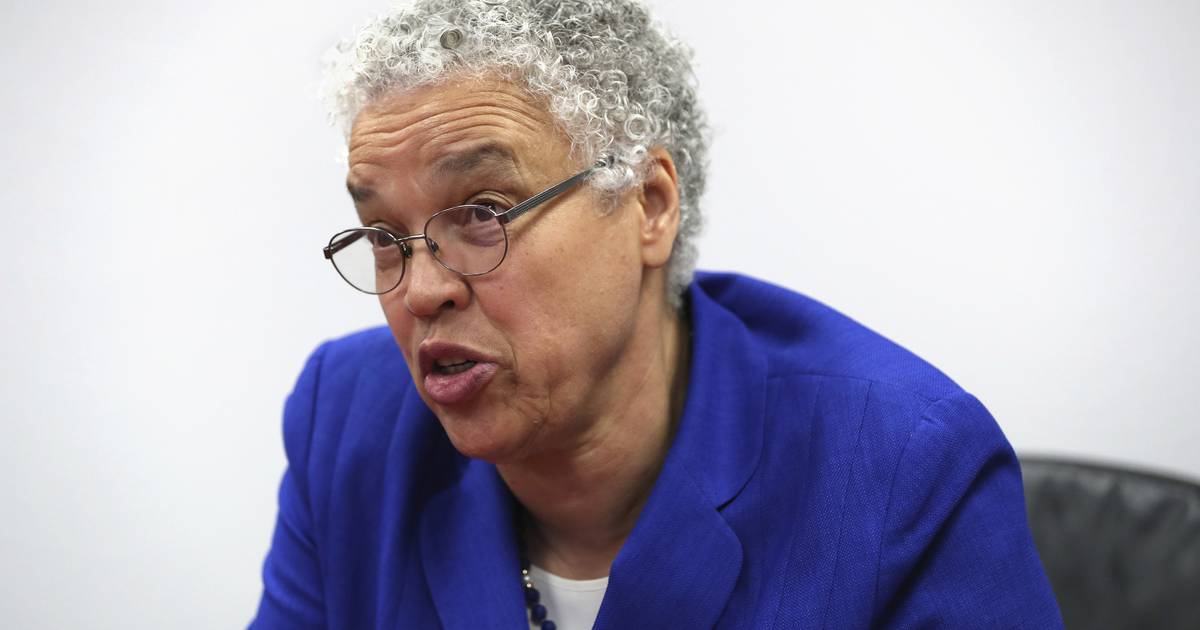 As a result, Preckwinkle said Wednesday that he doesn’t plan any new taxes, fines, fees or layoffs in his 2023 budget proposal. “Let’s just figure out how we can be more effective with the resources we have,” she said.

County finance officials said the projected budget deficit for fiscal year 2023 would be just $18.2 million. — compared to a total budget of $8.1 billion for 2023 — thanks to better-than-expected revenues from sales taxes, certain corporate income taxes and county employee fees that have been fueled by the recent construction boom.

The forecast gap for next year is a dramatic drop from the height of the pandemic. Preckwinkle’s 2021 budget was short of nearly $410 million, forcing her to use the county’s rainy day fund and lay off staff to balance the budget. The following year, revenues rebounded and federal aid helped reduce the deficit to $121 million.

“We entered this very difficult pandemic period with a very strong financial base and, as a result, we were able to weather it much better than other local governments. And we find ourselves now in the position where the economy is emerging from some of the challenges of the pandemic in a really good place,” Preckwinkle told reporters in an interview on Wednesday.

In all, the county received $1 billion from the American Rescue Plan Act (ARPA). Commissioners have already authorized nearly $300 million in ARPA spending on programs such as the county’s $42 million guaranteed income pilot initiative and $65 million in grants to violence prevention groups.

But there are possible storm clouds. “There are indications of a recession on the horizon,” said county budget director Annette Guzman, which could lead to significant drops in county sales tax and other economically sensitive revenues.

Sign up for The Spin to get top political news delivered to your inbox throughout the week.

The county health fund could take two more hits in the next year. The state is expected to restart annual Medicaid eligibility reviews — known as redetermination — in the coming months. This would likely result in thousands of current patients on Cook County Health’s Medicaid-backed insurance plan, CountyCare, losing their coverage and the county missing out on reimbursements. This redetermination process could also send more uninsured patients to Cook County hospitals and clinics, driving up charitable assistance costs.

The county can also lose new enrollees and the revenue that comes with them. Half of Medicaid managed care patients who do not choose a provider are automatically enrolled by the state in CountyCare. Officials are conservatively planning that number to drop to 35% – its pre-pandemic level – later this year.

There are other long-term costs. After several years of trying to reduce the number of employees, the number of workers in the county has increased by 7% compared to last year. Over time, though, the workforce has shrunk slightly—the county has 23,467 full-time budgeted employees, compared to 23,801 in 2011. And ARPA-funded programs like the guaranteed income pilot, anti-violence funding, a new department of behavioral health and a plan to abolish medical debt are also expensive in the long run.

“The ones that are most transformational are likely to have the highest price,” Guzman said.

The county has cash reserves: reserves are expected to reach $900 million by the end of the year. This is enough to fund the county’s operations for about six months.