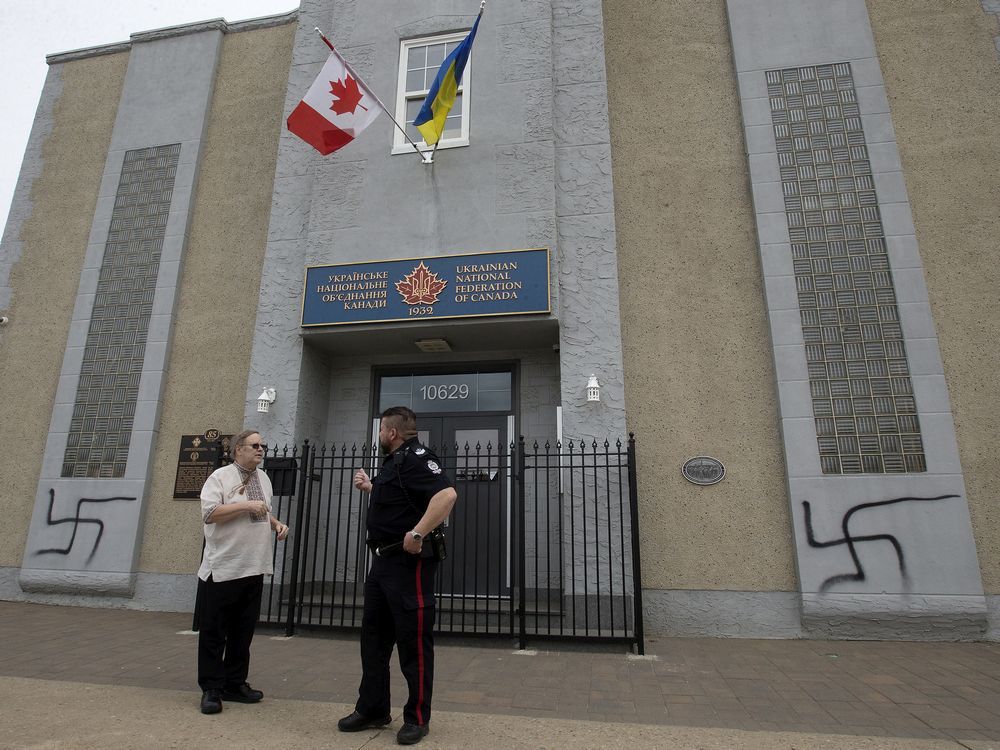 Police are investigating a vandalism report that saw spray-painted swastikas at the Ukrainian National Federation Hall in downtown Edmonton.

Ivan Lypovyk, president of the Ukrainian National Federation (UNF), said the federation reported the vandalism to police shortly after discovering the symbols on the building and nearby banners on Friday morning. The banner in the color of the Ukrainian flag read “Stop Putin” and “Stop War” in reference to Russian President Vladimir Putin and the country’s war against Ukraine.

Although the graffiti has been removed, the federation refuses to back down from the act.

“We think we’re going to re-hang the banner just to show what Ukrainians feel around the world these days,” he said. “We will be even stronger than we were.”

In a press release on Friday, the Ukrainian Canadian Congress said it is asking Edmonton Police to investigate the case as a hate crime.

In a statement Friday night, Edmonton Police said they had received the report but could not provide any additional information at this stage of the investigation.

Yaroslav Broda, chairman of the Edmonton branch of the Ukrainian Canadian Congress (UCC), said the vandalism is especially painful because many members of the local Ukrainian community and their ancestors are victims of Nazism.

“To be painted with that brush – it’s very disturbing,” Broda said. “And that just goes to show how widespread Russian propaganda is, even in Canada.”

In March, the Russian Embassy in Canada issued a statement insisting that Russia was carrying out a “special military operation” to “demilitarize and denazify Ukraine”.

The hall vandalism follows an alleged attack in March outside an Oilers game, in which local members of the Ukrainian community were “punched, kicked and grabbed by the neck” by a group of men who spoke and shouted in Russian.