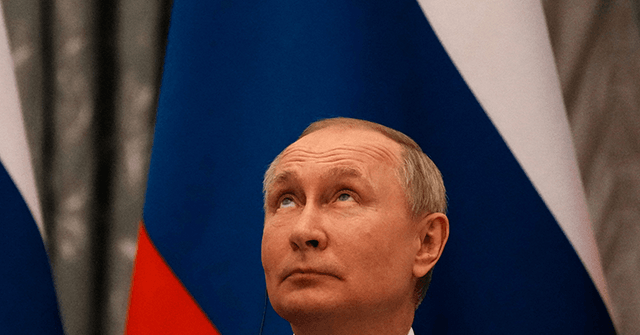 Police in the Japanese city of Matsudo arrested a 72-year-old man on Wednesday for allegedly trying to curse Russian leader Vladimir Putin by nailing a straw doll with a picture of Putin’s face to a holy Shinto shrine and including a note inside the doll. . chest wishing the leader’s death, Kyodo News reported.

The Matsudo-Higashi Police Station announced on June 15 that its officers arrested Mitsunobu Hino, 72, on suspicion of “breaking into and entering and damaging property” at the local Mikazuki Shrine at approximately 2:10 pm on May 19. man when he invaded the sanctuary grounds. He is believed to have created “4-centimeter-deep holes” in a sacred “shinboku” tree so that he could affix his straw doll to the shrine.

“The doll’s face had what appeared to be a picture of Putin’s face attached with the kanji character for bad luck written across its forehead. Hammering a nail into a straw doll is a traditional way of cursing the individual the doll represents, similar to voodoo dolls. Asahi Shimbun newspaper noticed on Thursday.

“Police have confirmed similar Putin straw dolls at more than 10 shrines in the eastern city of Japan since May, and said there is a strong chance the author is the same due to the similarities in the sizes of the dolls and the handwriting on the banknotes that accompany them. ” Kyodo News noted on Wednesday.

japanese man #stuck about the straw puppet Putin nailed to the shrine treehttps://t.co/i9pexmEhOu

Matsudo Mikazuki Shrine was established over 800 years ago as a place of worship for the Shinto faith.

“It’s unthinkable that someone would get something like that in a place where people come to pray for good health,” Nobuo Shibuya, an 81-year-old lay representative from Mikazuki Shrine, told Kyodo News on June 15.

Shinto is an ancient and native Japanese religion that is one of the most practiced religions in the country today. Shrine worship is a hallmark of the Shinto religion. The BBC details this aspect of Shinto, writing:

There is no special day of the week for worship in Shinto – people visit shrines for festivals, for personal spiritual reasons, or to make a specific request to the kami (this could be for luck in an examination or protection of a family member, and so on). on).

Worship takes place in sanctuaries built with a keen understanding of the natural world. The contrast between human ritual and the natural world underlines the way Shinto constructs and reflects human empathy for the universe.

Mitsunobu Hino apparently made a negative personal request to a Shinto kami, or spirit, by nailing his Putin puppet to the tree at Mikazuki Shrine.